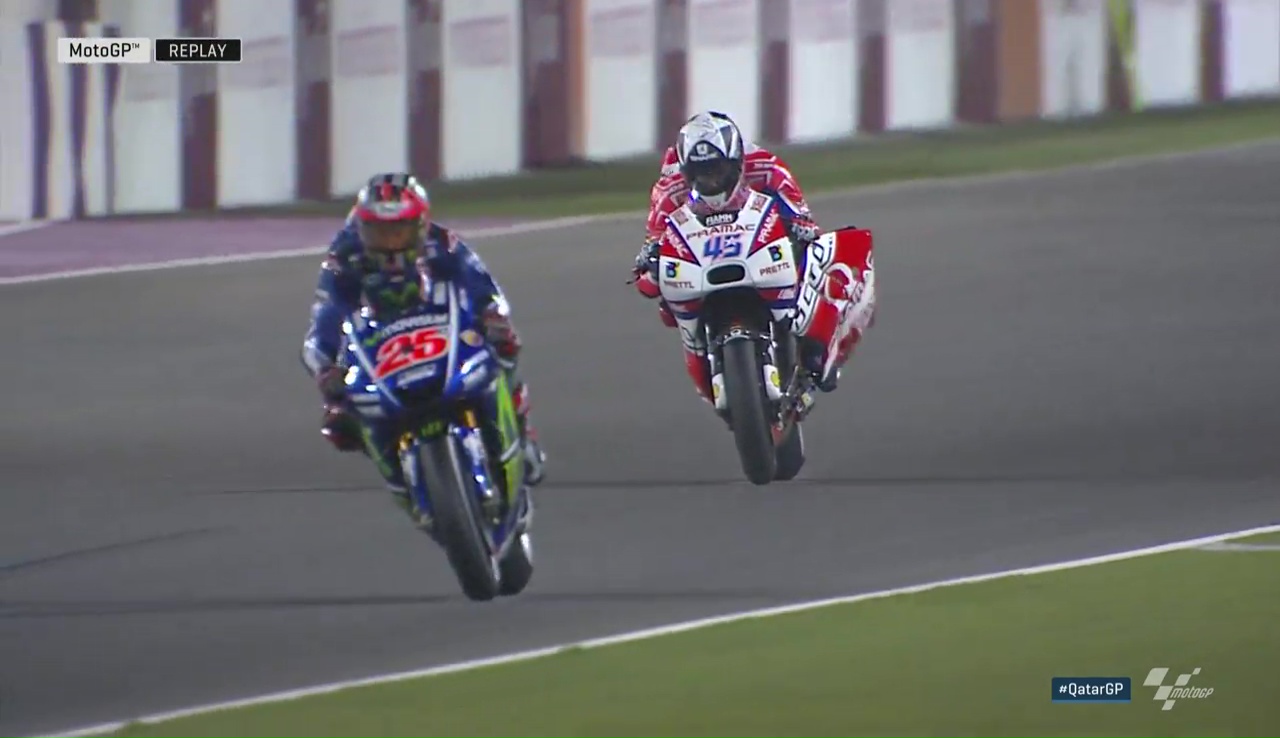 Maverick Viñales (Movistar Yamaha MotoGP) kept his top spot on the combined timesheets after FP3 at Losail International Circuit, with his Friday best unchallenged by the grid. The Spaniard also suffered his first crash on the Yamaha in an official session earlier in the day, escaping unscathed. Andrea Iannone (Team Suzuki Ecstar) was the late superstar of the session, moving up from P17 to second and just beating reigning Champion Marc Marquez (Repsol Honda Team).

Behind Marquez was an impressive dash from reigning Moto2™ Champion Johann Zarco (Monster Yamaha Tech 3), who took over from his teammate Jonas Folger as fastest rookie.  Folger is eighth on combined times, and also goes safely through to the Q2 qualifying session.

Jorge Lorenzo (Ducati Team) had a tougher second day, ending twelfth on combined times and missing the cut by only half a tenth. The 'Spartan' will be a big threat in Q1 as he looks to fight at the front in his first weekend in red.