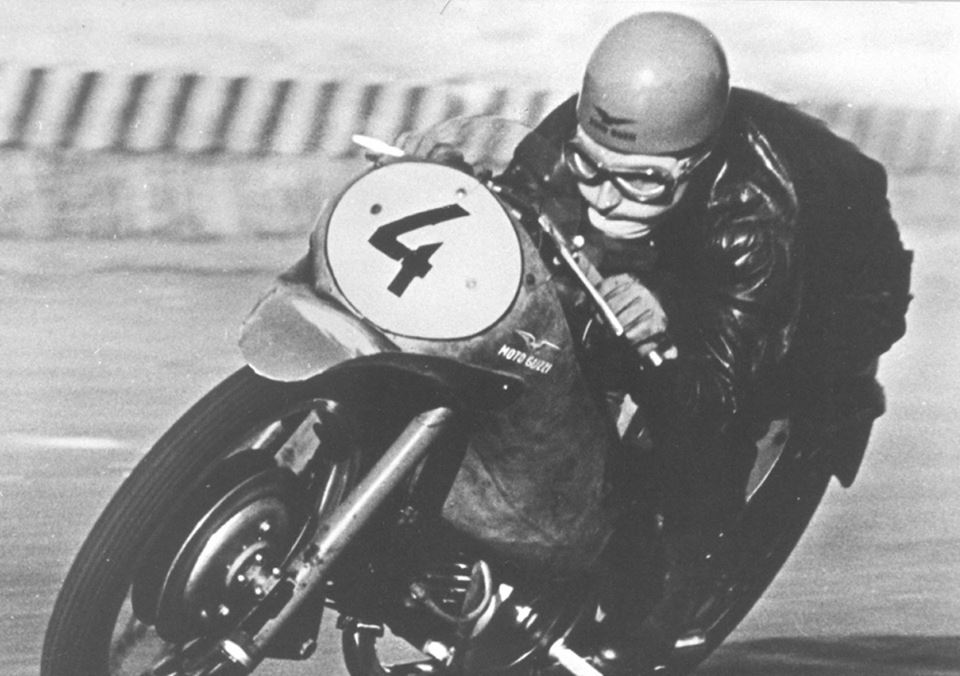 Bruno Ruffo (9 December 1920 - 10 February 2007) was an Italian Grand Prix motorcycle road racer born in Verona. He won three Grand Prix World Championships.
In 1949 he won the inaugural 250cc World Championship riding for the Italian Moto Guzzi factory. During the 1950 season, Ruffo was annoyed that Moto Guzzi instructed him to let his team-mate win the Championship that year while he finished third. That same year, Ruffo rode a Mondial to claim the 125cc World Championship. In 1951 he once again captured the 250cc World Champion with four victories. Ruffo retired in 1952 after an accident and opened a successful vehicle hire business in Verona.
The son of a mechanic who managed a motorcycle workshop, Bruno Ruffo had his racing debut at the age of 17, riding a Miller at the Montagnana road circuit. He started in professional motorcycle racing in the early years after the end of World War II, winning the Italian "Second-category" championship in 1946 on a Moto Guzzi Albatros.

Bruno Ruffo had his Grand Prix debut at Bremgarten, Switzerland, on 02 July 1949, in the inaugural season of the World Championship. He won the 250 cm3 race riding a works Moto Guzzi which before halfway the race had braking trouble. Thanks to a 2nd place in the Ulster Grand Prix at Clady, Belfast, behind Maurice Cann's Moto Guzzi, and a 4th place in the Grand Prix of Nations at Monza, he grabbed the first 250 cm3 title of history. At 28 years of age he was the youngest winner in that season. He was also declared the 1949 Italian Motorcycle Champion. 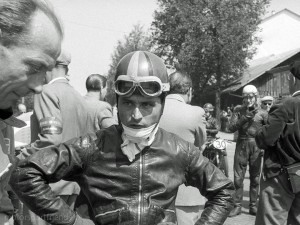 In 1950, he also competed in the 125 cm3 class on a FB-Mondial, winning the World Championship. He scored a victory at his debut in the class in the Dutch TT at Assen. Then a 2nd place in the Ulster Grand Prix at Clady, Belfast, behind his team mate Carlo Ubbiali and a 4th place at Monza. That same year Ruffo finished 3rd in the 250 cm3 Championship riding for Moto Guzzi, with a 2nd place in the Swiss Grand Prix at Genève, behind the Benelli of Dario Ambrosini who eventually won the title.

Ruffo won again the 250 cm3 World Championship in 1951 with two wins, in the French Grand Prix at the Circuit des Planques, Albi, and in the Ulster Grand Prix at Clady, Belfast. He scored a 2nd place in the Swiss Grand Prix at Bremgarten and a 3rd place in the Grand Prix of Nations at Monza. In that same event he had his first start in the 500 cm3 class, on a Moto Guzzi finishing a solid 5th place. In 1951 Ruffo won his second Italian title. 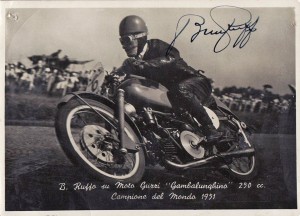 In 1952 he went on with Moto Guzzi in the 250 cm3 World Championship. He was 2nd in the Dutch TT at Assen behind his team mate Enrico Lorenzetti who later became the Champion. Ruffo set the fastest lap in three of four Grand Prix' he participated in the season, in the Isle of Man Mountain circuit, at Assen and at the Solitude. While leading the German Grand Prix at the Solitude, Stuttgart, Bruno Ruffo collided with Lorenzetti and crashed hard, sustaining both broken legs and severe injuries from which he never recovered. After a long convalescence, he returned in 1953 winning two national races at Siracusa and at Mestre. Unfortunately, while practicing at the Mountain circuit for the Isle of Man Tourist Trophy he crashed another time, suffering broken legs again. He was transferred to the Istituto Rizzoli hospital in Bologna where he decided to quit racing, at the age of 32. 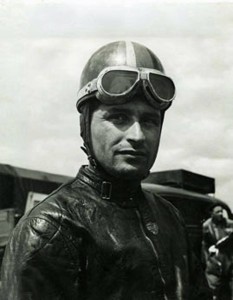 After his retirement he opened a successful vehicle hire business in his hometown Verona, Italy. He retained his involvement in the sport, and in 2003 he was awarded by the Italian Presidente della Repubblica Carlo Azeglio Ciampi the "Commendatore dell'Ordine al Merito", Italy's highest honour.