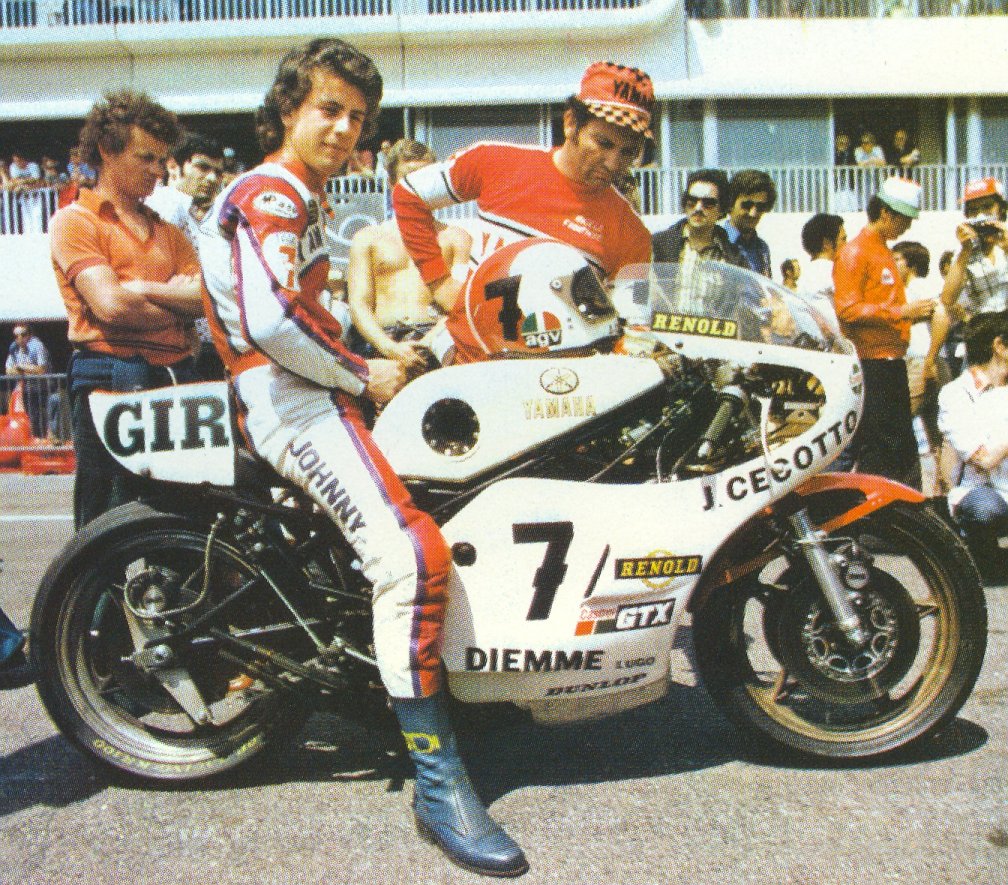 Alberto "Johnny" Cecotto (born January 25, 1956 in Caracas, Venezuela) is a Venezuelan former Grand Prix motorcycle World Champion and Formula One driver. The son of Italian immigrants, he is one of the few people to have competed in both motorcycle and Formula One Grands Prix. His son Johnny Cecotto Jr. is also a professional racing driver.

Cecotto had won the Venezuelan road racing national championship in 1973 and 1974 before he rose to international prominence at the 1975 Daytona 200 motorcycle race with one of the more inspired rides in the history of the event. Competing as an unknown rookie aboard an unmodified Yamaha TZ750 sponsored by Venemotos, Venezuelan importer, he qualified in pole position, but a last minute mechanical glitch forced race officials to relegate him to the last row on the starting grid. Cecotto showed impressive riding ability by passing almost the entire field while working his way up to third place by the end of the race. 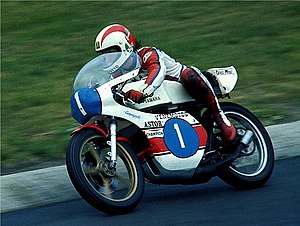 Johnny Cecotto at the Nürburgring in 1976

Following Daytona, Cecotto arrived in Europe to compete in the Grand Prix series, where he continued his meteoric rise at the season opening round in France by winning the 250cc and 350cc races in his first ever Grand Prix. He went on to become the youngest World Champion ever at nineteen years of age when he defeated the defending champion, Giacomo Agostini, for the 1975 350cc World Championship.

In 1976, Cecotto returned to Daytona, now with full support from the Yamaha factory racing team. This time, he was victorious, coming out on top after a race-long battle with American Champion Kenny Roberts. In the 1976 Grand Prix season, he lost his 350cc crown in a tight battle with Harley-Davidson mounted Walter Villa. At the beginning of the 1977 season, he was badly injured in a deadly four rider accident at the Austrian Grand Prix that claimed the life of Swiss rider Hans Stadelmann. Cecotto never seemed to come to grips with the 500cc Yamaha, having had a series of crashes which hindered his progress. Cecotto finished third in the 1978 500cc title chase and added the Formula 750 World Championship to his titles. He suffered a badly broken kneecap at the 1979 Austrian Grand Prix at the Salzburgring and missed half the season. Cecotto soldiered on through the 1980 Grand Prix season but his numerous injuries curtailed his motorcycle racing career. After the 1980 season, he decided to quit motorcycling to pursue an auto racing career. He retired with twelve 500cc pole positions in 27 starts, giving him one of the highest pole position per start ratios in motorcycle Grand Prix history. 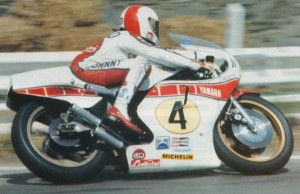 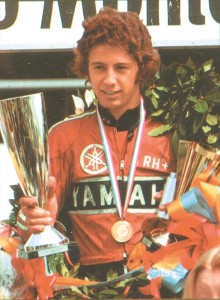