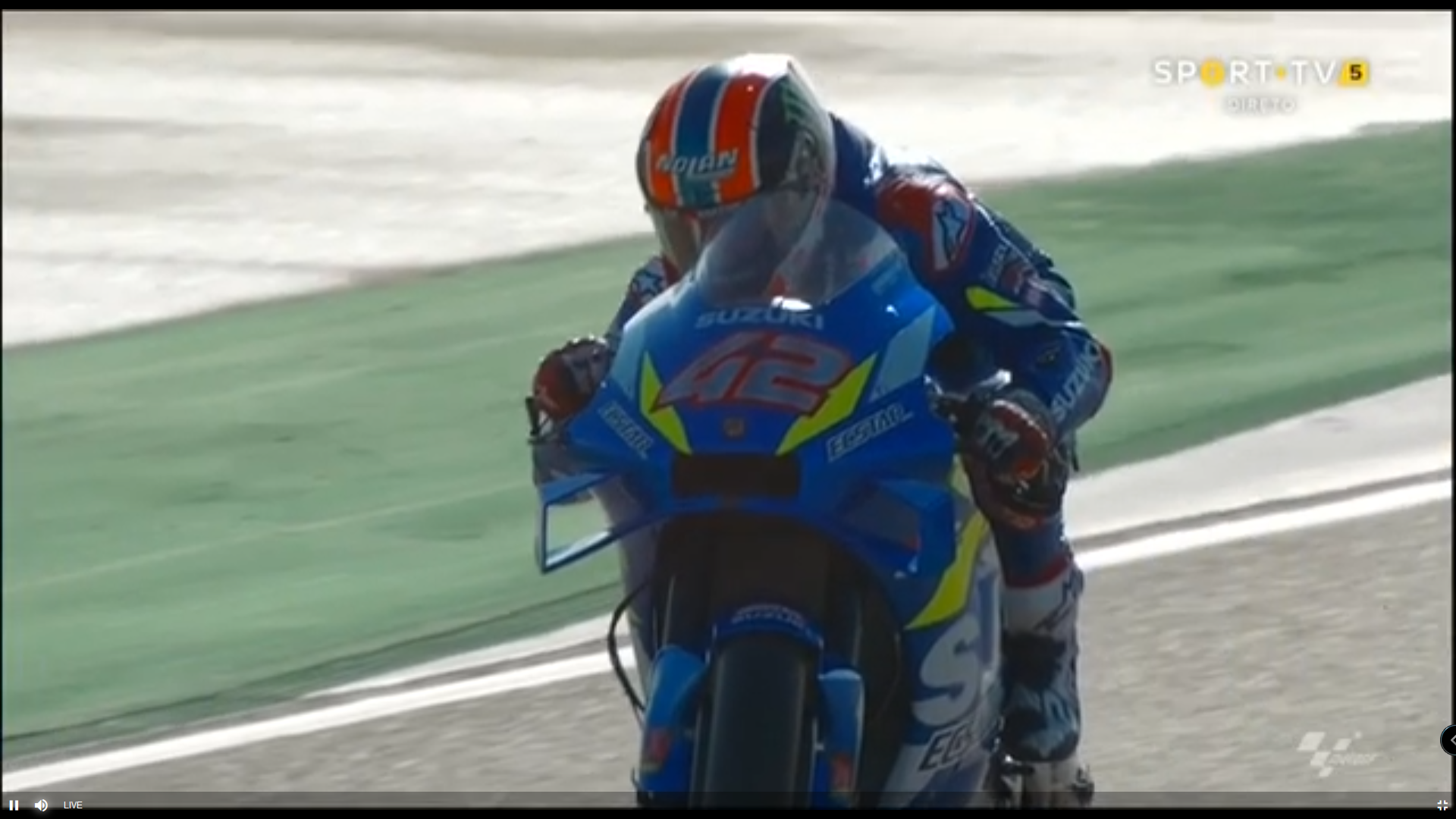 A wet/dry/wet/dry Session who did not change overall combined times. Excellent work from Mika Kallio who kept the top until last minutes when Maverick Viñales than Alex Rins on drying track took the top back.

de Aragon after sticking in a dry rear tyre in the closing stages as the MotorLand Aragon circuit started to dry out.

However, despite the local hero’s late charge, Repsol Honda Team’s Marc Marquez remains as the fastest man on the combined Free Practice timesheets thanks to Friday morning's mouth-watering lap. The Repsol Honda rider didn’t even post a lap this morning, knowing he had secured his place in Q2.

The same can’t be said for Rins though, as he’ll be hoping to put the pace he showed in FP3 to use later today in Q1. The Spaniard will be joined in the fight for a place in Q2 by Ducati Team’s Danilo Petrucci, LCR Honda Idemitsu’s Takaaki Nakagami and Petronas Yamaha SRT’s Franco Morbidelli after they all failed to squeeze inside the top ten on Friday.

Unsurprisingly, nobody was able to improve on Friday’s times, with the field around seven seconds adrift of their dry pace. So, the top 10 remains unchanged ahead of Q1 later today. 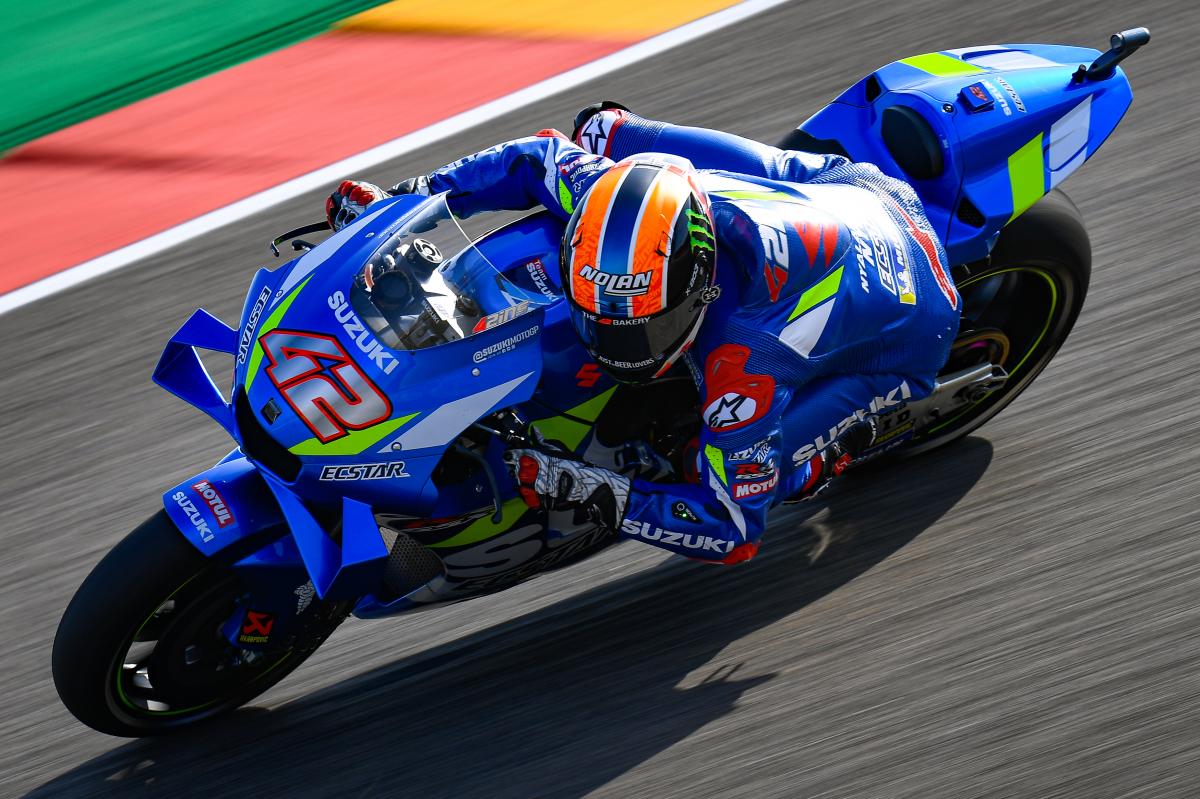 In terms of the FP3 standings though, Monster Energy Yamaha MotoGP’s Maverick Viñales and the returning Mika Kallio, aboard his Red Bull KTM Factory Racing machine, were inside the top three in FP3, just ahead of Morbidelli and Red Bull KTM Tech 3’s Miguel Oliveira.

The circuit is beginning to dry with the sun starting to pierce through the clouds hanging over the MotorLand Aragon circuit. However, further rain is forecast ahead of MotoGP 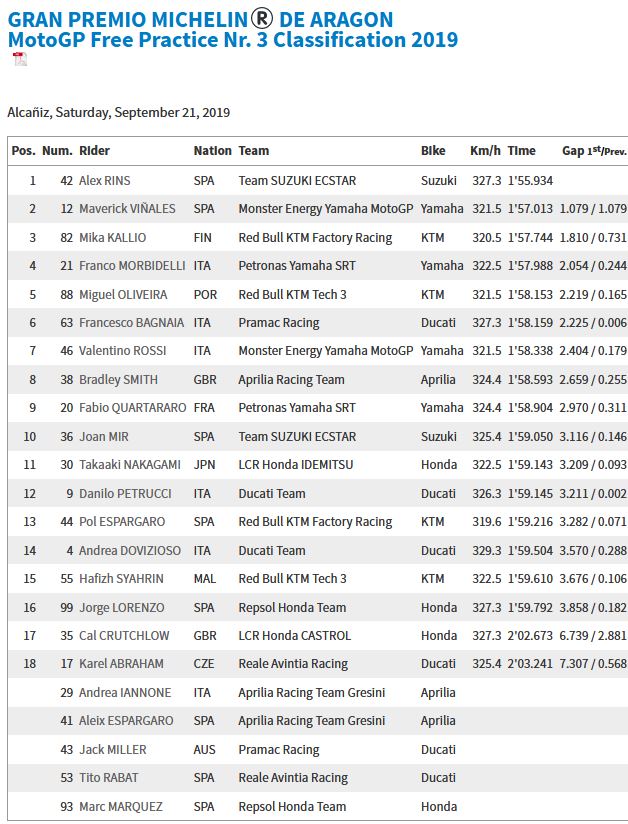