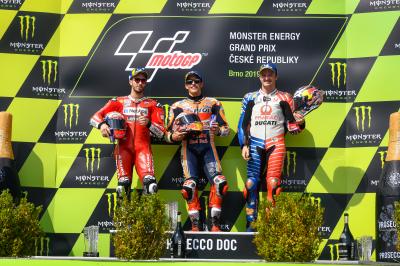 Pole on wet / dry, victory on the dry: Marc Marquez was the strongest this weekend in Brno. Winner of the Grand Prix of the Czech Republic, he can face the rest of the season with serenity.

Starting from pole position, Marc Marquez has simply never been dubbed. Ten laps in, he had in his exhausts Andrea Dovizioso, Alex Rins and Jack Miller. Nobody could carry himself to his height. In the second half of the race, he made his effort and went to victory. With 6 wins and 9 podiums in 10 races, Marc Marquez is more than ever leader in the overall standings: 63 points ahead of Andrea Dovizioso, 81 on Danilo Petrucci ... Next goal: to win the Austrian Grand Prix next Sunday. 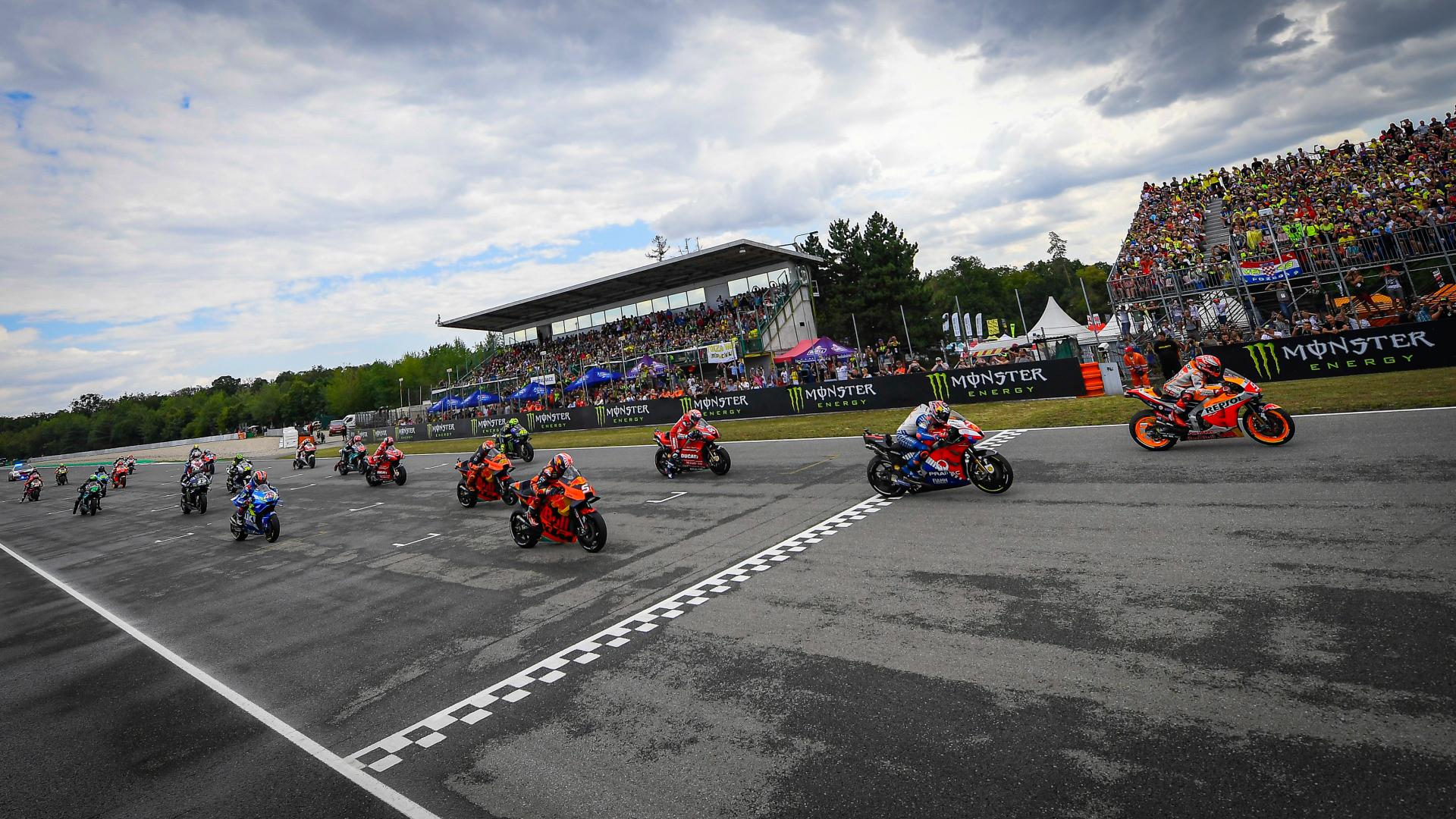 A delayed start: "I was calm because I knew that if something happened, I would still have the advantage in the championship. I was focused on my race, on the bike, and the race management came to ask us how were the conditions. It was too risky. Sometimes you have to think about the risks, not whether it's good for you or not. They made the right decision while waiting half an hour, and the race was easier for everyone. I was very focused right from the start because there were layers of moisture in Turn 1, but I decided to go 100% and follow my pace. "

The race: "I wanted to push from start to finish. I feared the Yamaha riders because Quartararo and Viñales had been quick to warm up. I was expecting a big fall of the tires at the end of the race and it was the case, but for the others too. I managed things well. I saw that Andrea was behind me and I told myself that when we are so close behind, we attack. I then tried to push and I drove well, certainly with small errors in turn 10, but I was confident and the team gave me the best bike today. I started to push a little more towards the tenth lap: Dovi was behind me, I thought: 'it's time to go' and that's what I did on three or four rounds . Then I was frightened, it was the most important moment of the race! 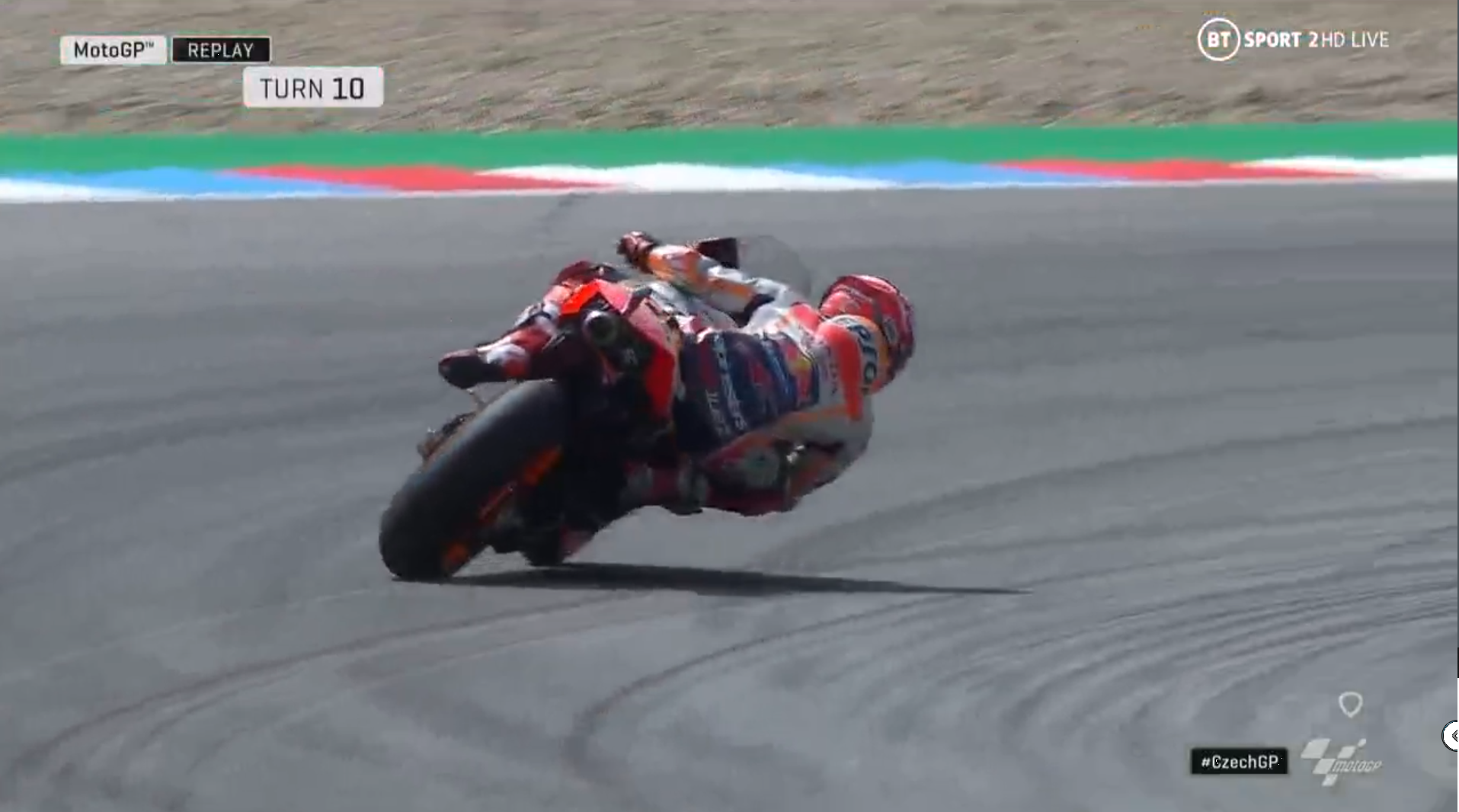 I am very happy with this crazy weekend, the whole team was focused and precise and allowed me to complete the final goal of victory. "

Ducati's future looks bright after double Brno podium. Dovizioso and Miller give the Bologna factory something to cheer about after a weekend plagued by inclement track conditions

Despite not being able to replicate their Brno success from 2018, the 2019 Monster Energy Grand Prix České republiky confirmed that Ducati’s Championship challenge is back on track with a double podium for a second consecutive year in the Czech Republic. Andrea Dovizioso (Ducati Team) was able to remain with Marc Marquez (Repsol Honda Team) all the way until the final quarter of the race, whilst Jack Miller (Pramac Racing) made it into third with just a couple of laps remaining.

After a 40-minute delay, Dovizioso got a strong start from fourth on the grid, drawing alongside Marquez into Turn 1 before slotting behind his Championship rival into second. From then on in, Dovizioso was able to keep the pace of Marquez but never once got the chance to move ahead. ‘Dovi’ returns to the podium for the first time since Mugello, when he was third.

Speaking about his Czech Grand Prix, the 33-year-old said: “I am happy; from the first practice, our speed came back and at this track, our bike worked a bit better. In the race, I think we did the perfect race.

“At the beginning of the race, I was able to stay with mark and set good lap times with the harder tyre. For that, I am happy, but Marc was able to keep that speed for a bit longer because when he pushed again, he braked a bit later. We will work even harder for Austria.” 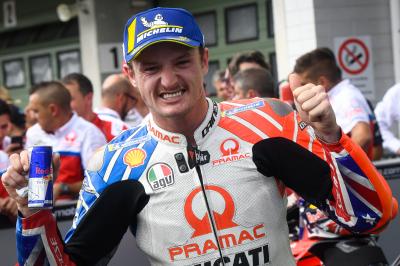 Jack Miller made it two Ducatis on the podium for the 17th time in MotoGP™, matching their record for double podiums in a season, which stands at three. The Australian powered off the line from second and, although dropping back in the middle of the race, he recovered the final podium position from Alex Rins (Team Suzuki Ecstar) at the end of the Grand Prix. Charismatic as ever, Miller stated the delight of his second podium of the year: “Pretty happy with how it all went. Like you say took the gamble on the hard front, hadn’t used it all weekend because of the conditions, basically Saturday was a write-off and Friday we were all just trying to get into Q2 because we knew Saturday was going to be a write-off.

“So, I was able to make the hard front work, you probably saw on the warm up lap I pushed pretty hard to make sure it was going to work. I’m pretty happy, the team have done a great job and there’s no better way to kick off the second half of the season than being here on the podium and like you say, it was a real podium this time.”