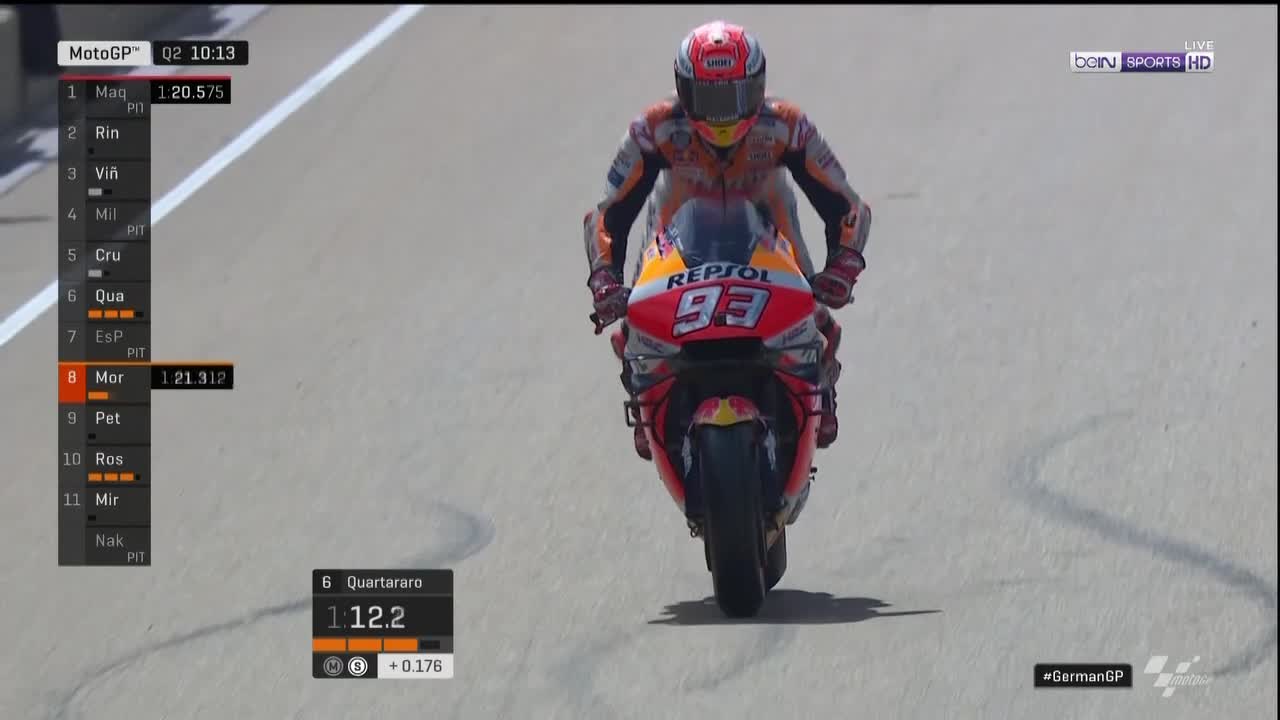 Rossi and Nakagami through to Q2, Dovi out

Injured Japanese rider knocks the Ducati man out of the top two with seconds to goValentino Rossi (Monster Energy Yamaha MotoGP) and Takaaki Nakagami (LCR Honda Idemitsu) are through to Q2 at the HJC Helmets Motorrad Grand Prix Deutschland, the injured Japanese rider knocks Andrea Dovizioso (Ducati Team) out of a Q2 spot right at the end of the session by 0.003.
Rossi and Tito Rabat (Reale Avinita Racing) crashed separately at Turn 1 – riders ok.

On his "circuit" Sachsenring, Marc Marquez did not disappoint: he slammed a pole record. Yamaha's Fabio Quartararo and Maverick Viñales will be on the front line.

Despite his small shoulder injury (read here), Fabio Quartararo (2nd) did not tremble and appears as the first opponent of Marc Marquez: he qualifies 2nd at 205 thousandths of pole, for his 5th first line of the year. In the wake of his victory in Assen, Maverick Viñales (3rd) completes the first row.

Alex Rins (4th) wanted a good qualification and he will open the second line ahead of Jack Miller (5th), Ducati's best driver on the grid. Cal Crutchlow (6th) will close and have worked well despite his injuries. Then come Franco Morbidelli (7th) and Pol Espargaro (8th), who continues to make the happiness of KTM. Rookie Joan Mir (9th) saves a third line.

Saved in Q1, Takaaki Nakagami (10th) pulls the top-10. Disappointment for Valentino Rossi (11th), who was more optimistic but did not know how to take advantage of his qualification in Q2. Anxiety for Danilo Petrucci (12th), of a big fall and who seemed injured in the hand.