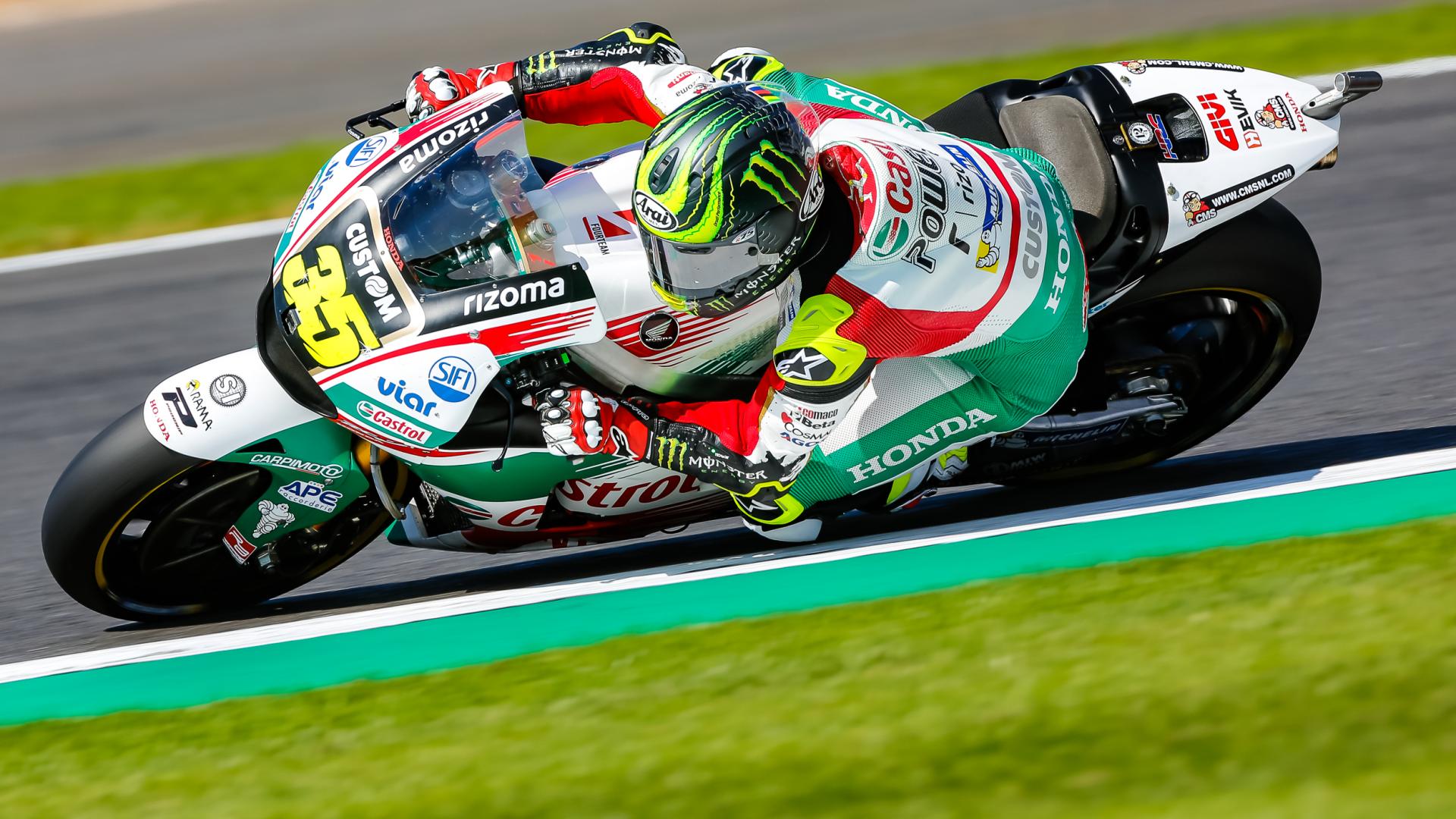 2016 winner half a second clear as action opens

Maverick Viñales (Movistar Yamaha MotoGP) picked up where he left off last year at the British GP, topping FP1 by a stunning half-second margin. Jorge Lorenzo (Ducati Team) – the most prolific winner at the track in the premier class – was second quickest, ahead of home hero Cal Crutchlow (LCR Honda). 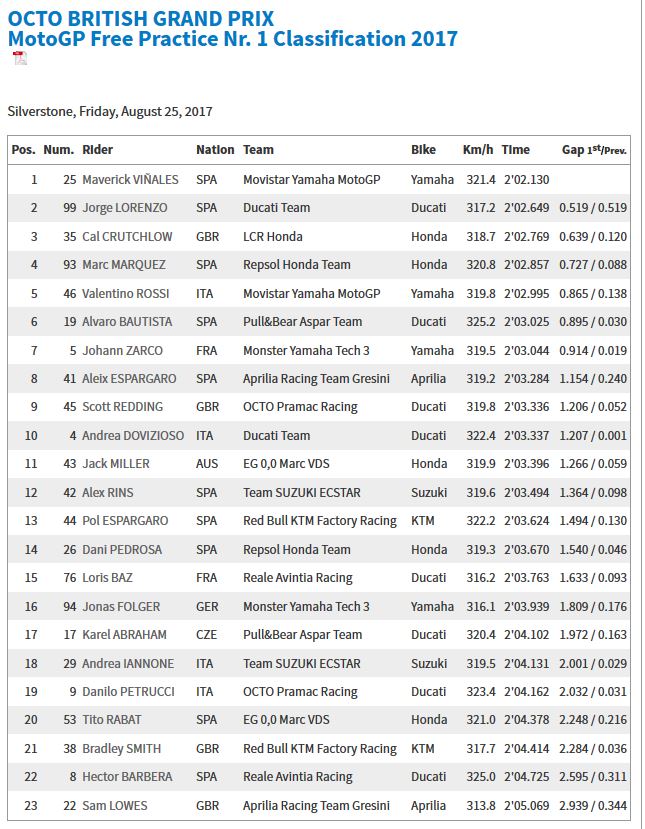