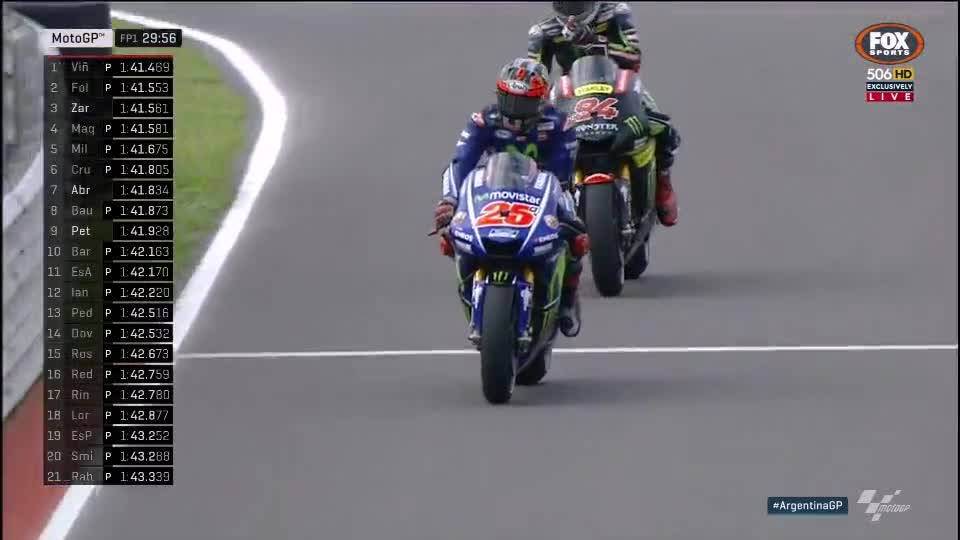 With weather going forward a little unknown and the track rubbering in gradually, there was a late rush from many on the grid to set a time.

Around half way through the session, Viñales had a  big wobble towards the end of the lap, and it was Marc Marquez’ (Repsol Honda Team) turn next as the reigning Champion then lowsided off the track at Turn 2 – rider ok.

Behind Lorenzo was Valentino Rossi (Movistar Yamaha MotoGP), with Dani Pedrosa (Repsol Honda Team) another of the big names further down the timesheets in the shuffled session, in P19.