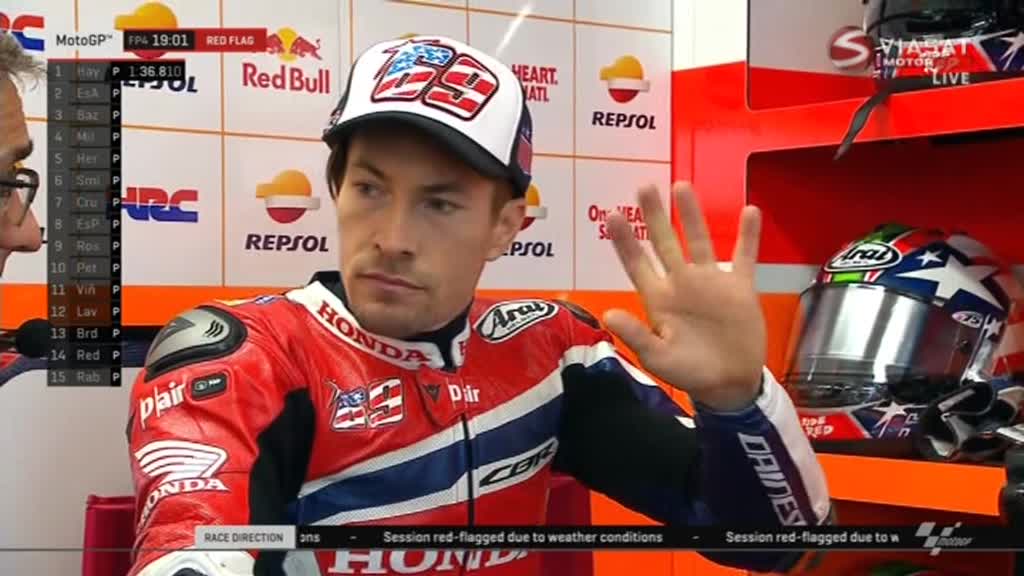 Hayden top in another interrupted FP4. ‘Kentucky Kid’ gets out first before the rain comes down...

Nicky Hayden (Repsol Honda Team) was the quickest rider in FP4 at the Michelin® Australian Motorcycle Grand Prix, as the American MotoGP™ Legend headed out early on slicks to set his lap – and then the rain came down. Red-flagged and then re-started, the wet half of the session was topped my Marc Marquez on the other Repsol Honda Team machine – on ominous form in the wet ahead of qualifying.

Aleix Espargaro (Team Suzuki Ecstar) was third fastest, with Loris Baz (Avintia Racing) in an impressive fourth. Home hero Jack Miller (Estrella Galicia 0,0 Marc VDS was fifth in another good session for the Aussie, who rides at home for the first time since becoming a GP winner.

Cal Crutchlow (LCR Honda) impressed as prepared for a trip to Q1 in P6, with compatriot Scott Redding (Octo Pramac Yakhnich) in seventh. Andrea Dovizioso (Ducati Team) was eighth after a red first sector on his final attempt then saw conditions around the rest of the lap more difficult, with Bradley Smith (Monster Yamaha Tech 3) P9 and Danilo Petrucci (Octo Pramac Yakhnich) completing the top ten. 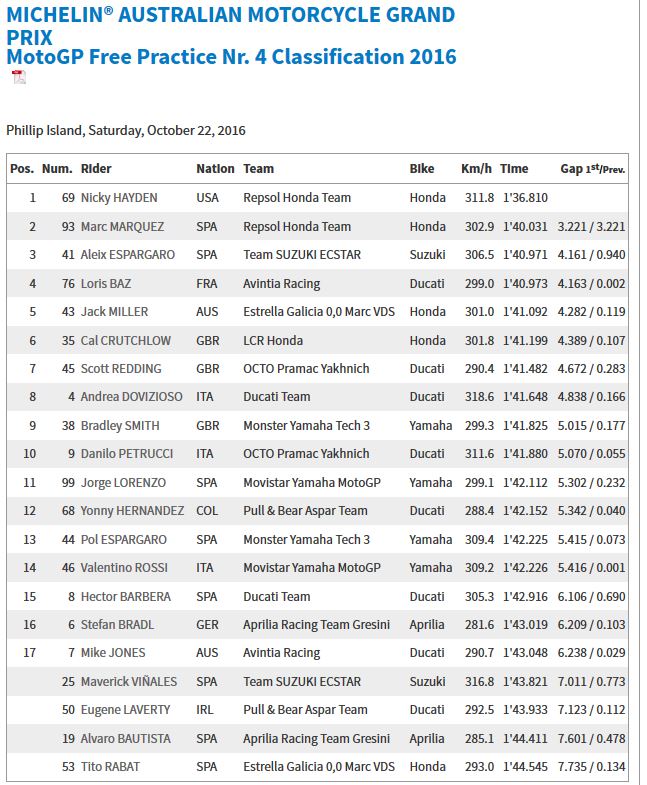