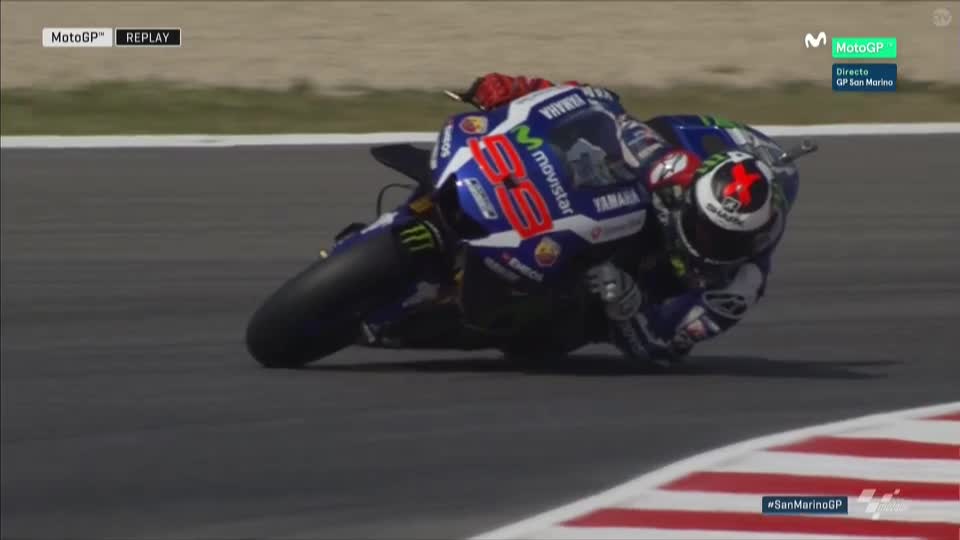 Michele Pirro (Ducati Team) led the field in Q1 qualifying on his Desmosedici, after losing his original lap time good enough to have qualified when his status switched from wildcard entry to replacement rider. Andrea Iannone, deemed unfit on Saturday morning after a crash in FP1 on Friday, saw his machine and replacement qualify for Q2, with Avintia Racing's Hector Barbera the man following the Italian through into Q2.

EG 0,0 Marc VDS rider Tito Rabat will begin in P19, with Pull&Bear Aspar's Yonny Hernandez just behind the Spaniard. Barni Racing Team's WorldSBK rider Xavi Fores, replacing Loris Baz at Avintia Racing, was the final man over the line as he gets to grips with a MotoGP™ machine for the first time. 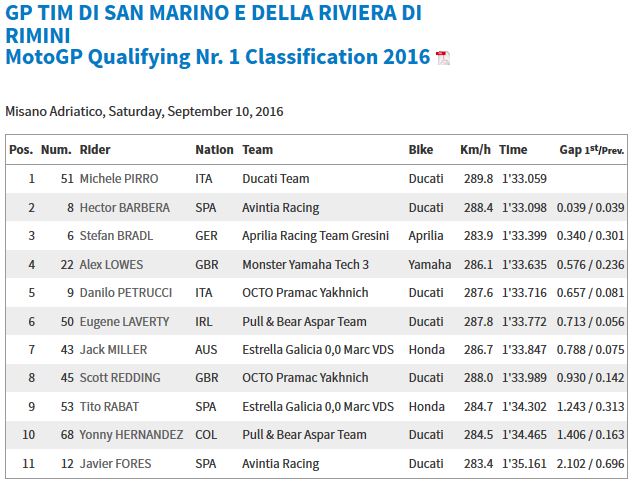 Movistar Yamaha MotoGP's Jorge Lorenzo took a record-breaking pole position at Misano World Circuit, beating his own pole lap from 2015 and putting in the first ever 1:31lap of the Adriatic venue. Teammate Valentino Rossi took P2 on home turf, with a last dash from Silverstone winner Maverick Viñales (Team Suzuki Ecstar) enough to lock out the front row.

The skies over the Riviera di Rimini have proved a stark contrast to those above Silverstone circuit for qualifying in the #BritishGP, with the sun high in the sky and the grandstands shining their own gleaming yellow. With FP4 commanded by home hero Valentino Rossi, it was however his teammate who put in the first real challenge for pole as Lorenzo put in the first low 1:32 effort of the session.

Lorenzo wan't done there, as the reigning champion then put in a new lap record to beat his own from 2015, laying down a marker at a track that - whilst behind enemy lines - has proven one of Lorenzo's best. After just missing the 1:31 bracket in that first run, the 'Spartan' then came back out and lowered the lap time once again to put in 1:31.868 and smash the record. The pole at Misano is his 64th in the world championship - taking him one above Marc Marquez (Repsol Honda Team) and Rossi in the record books as the most in GP history.

Rossi put in a great lap in the second run of the session to go P2, before Race Direction cancelled the lap time after the Italian had exceeded track limits. With one shot left, the Italian put in another, legal lap and took back his place on the front row - the only man to get within half a second of his teammate on pole position.

Maverick Viñales moved onto the front row to knock Marquez back on his second run, as the paddock's most recent victor took his Team Suzuki Ecstar team back to the front once again; the warmer temperatures not proving as difficult for the Suzuki as feared.

Marquez was the closest challenger after the initial run of fast laps, but with visors cleaned and final preparations for the last run made was unable to set a better time in the second half of the session and will begin P4. Joining him on the second row are the Ducati Team duo of Michele Pirro, replacing Andrea Iannone, and Andrea Dovizioso.

28 laps of Misano now await the grid, with lights out at 14:00 local time (GMT+2) as Marquez and Lorenzo face down the local hero behind enemy lines. 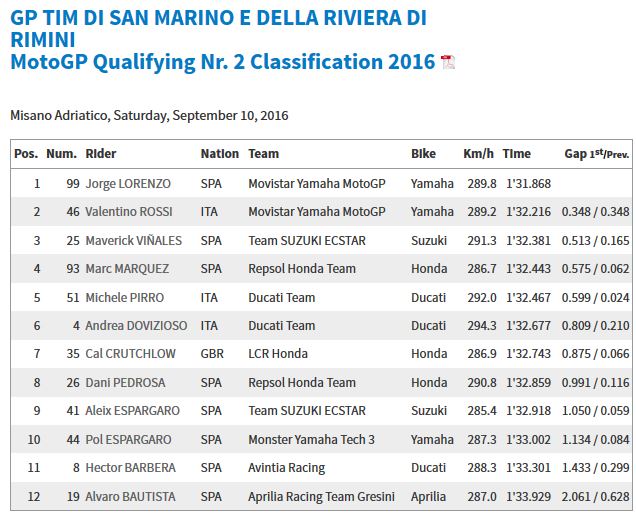 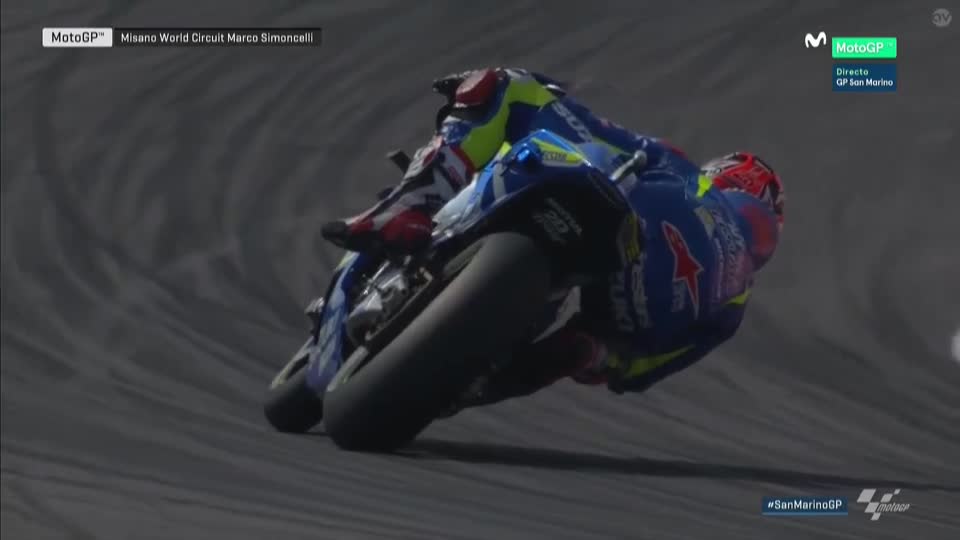 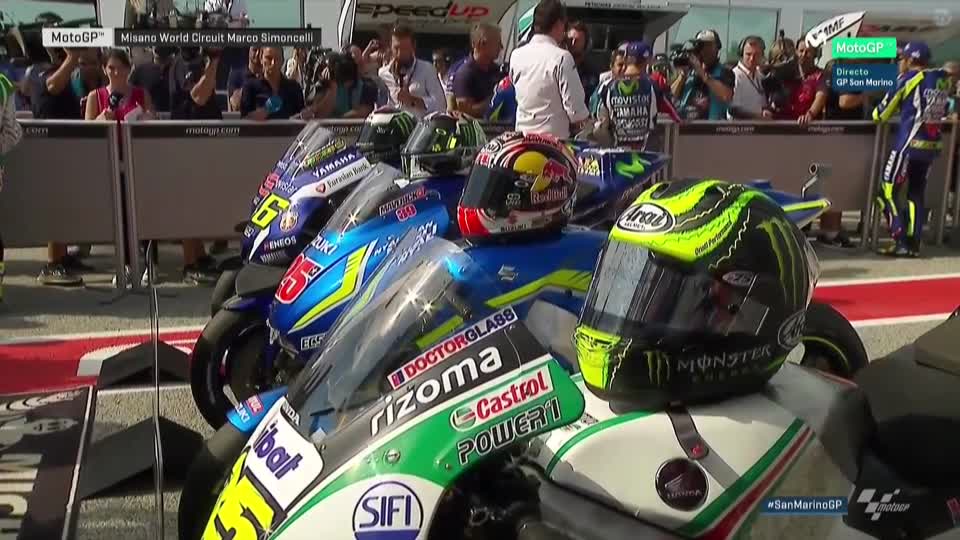 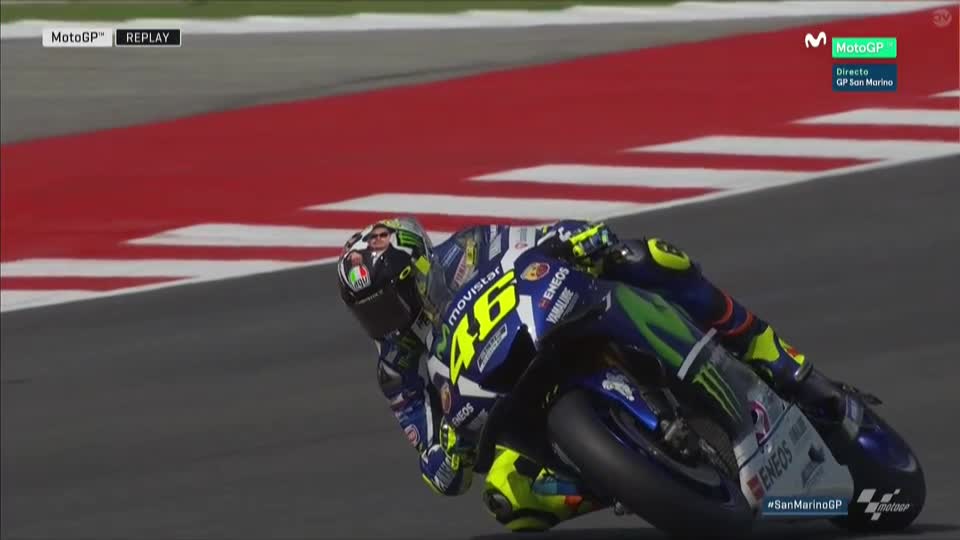 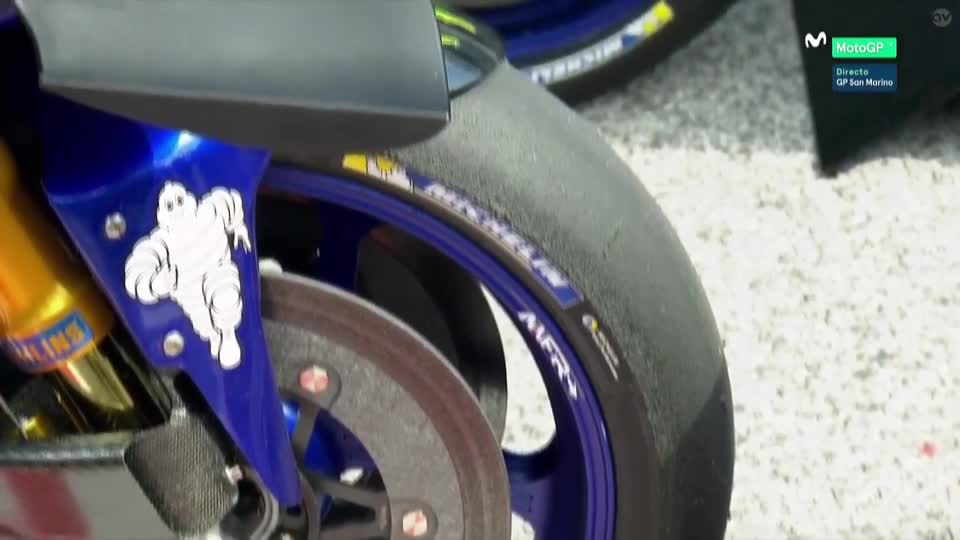 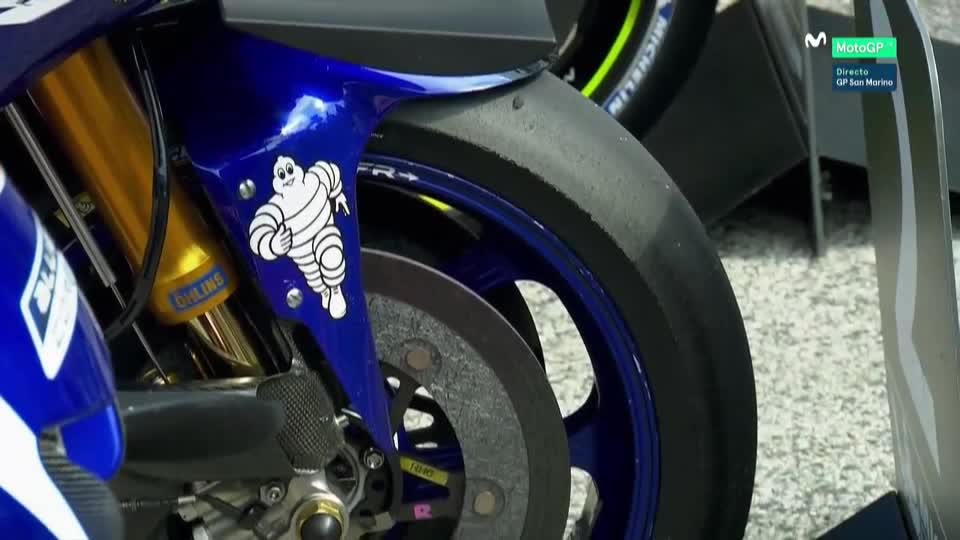 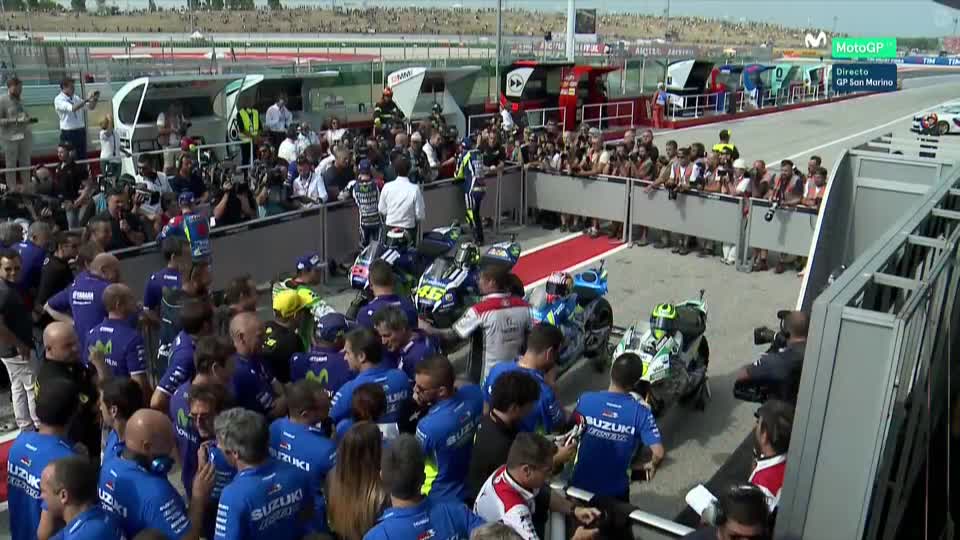 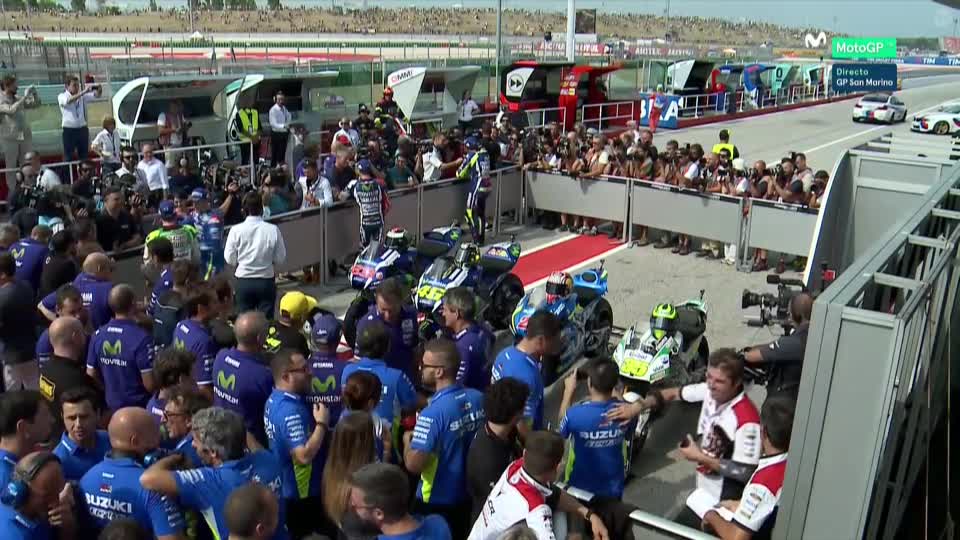 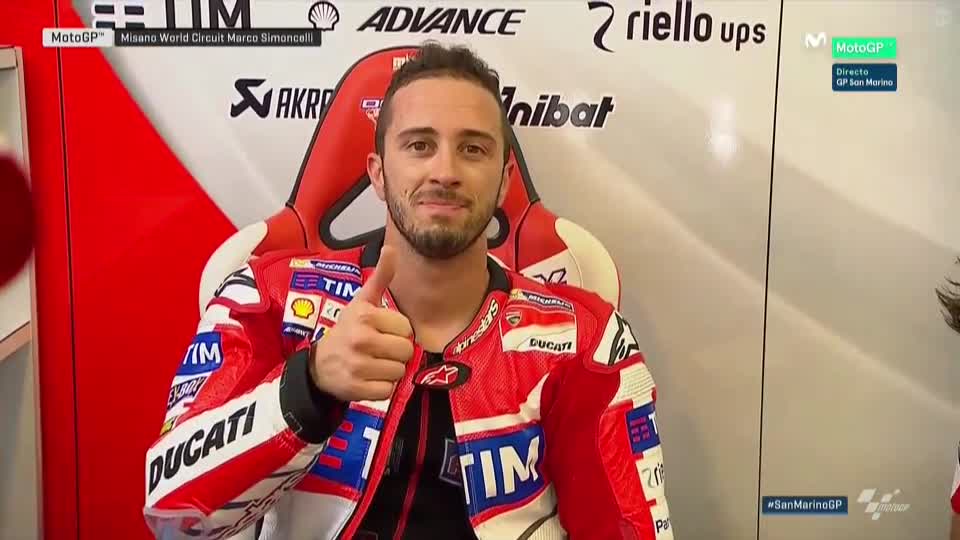 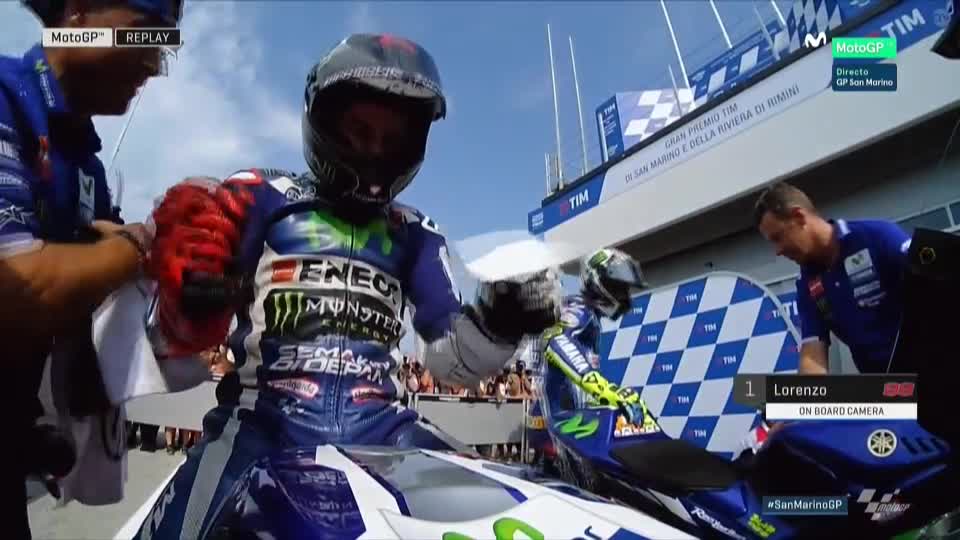 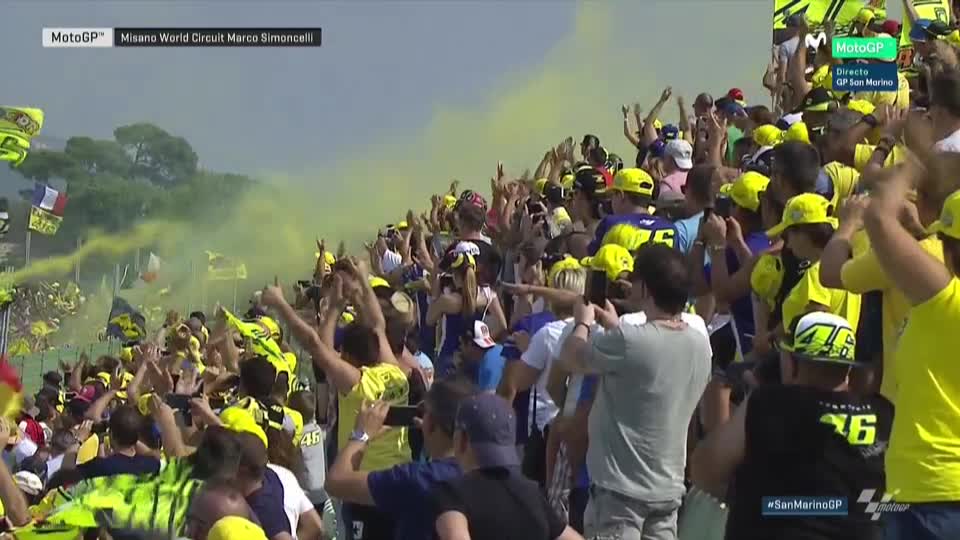 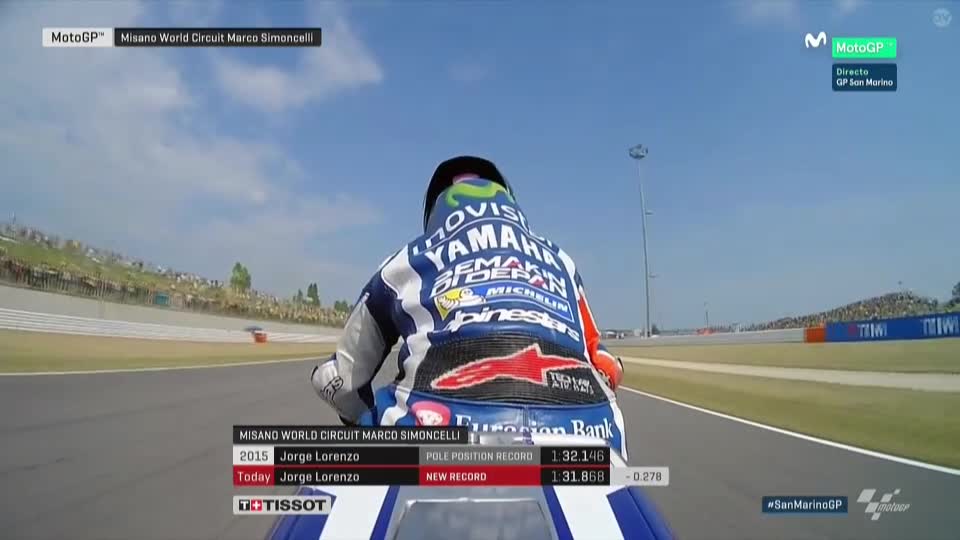 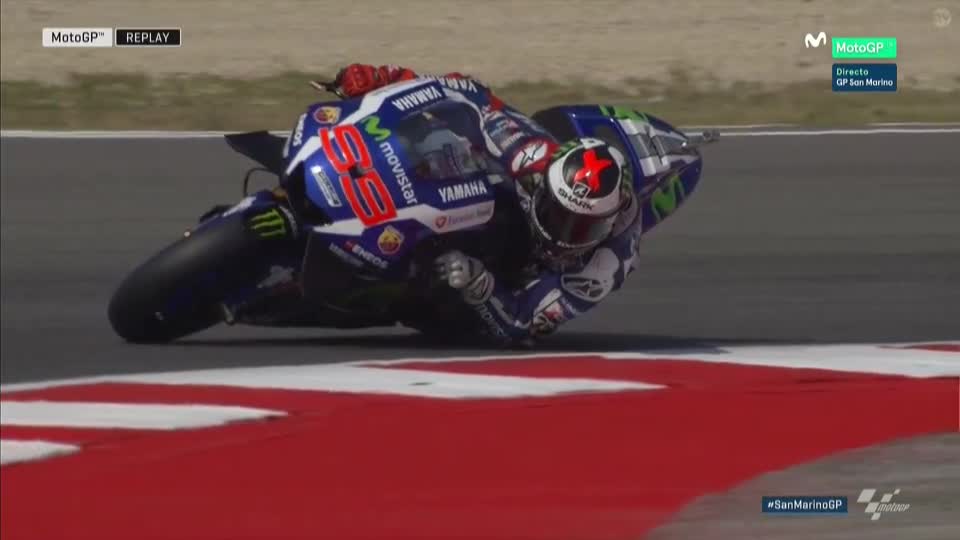 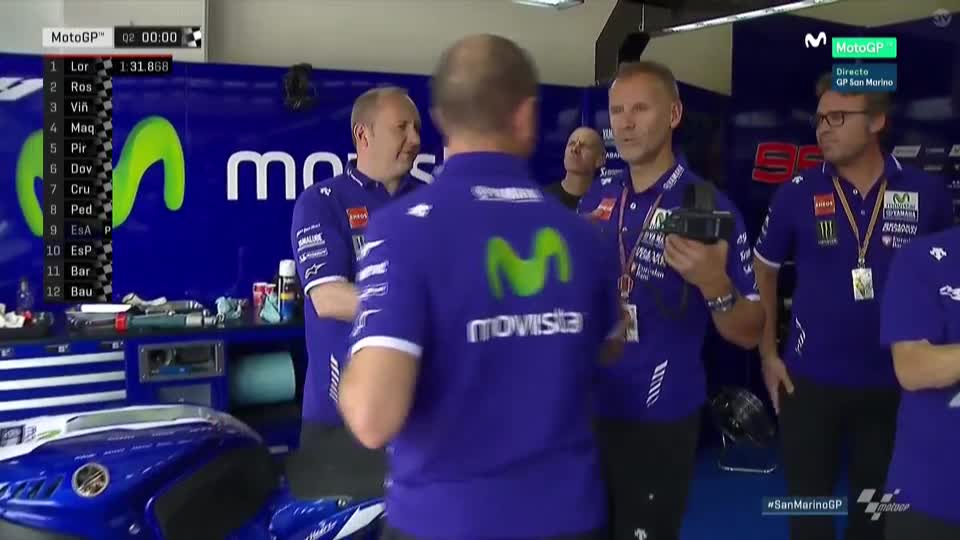