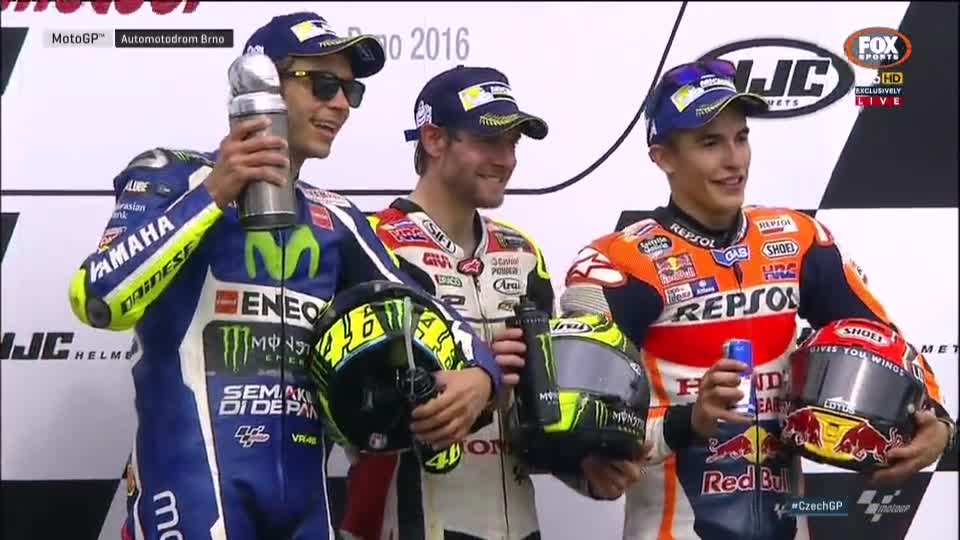 After a torrential Moto2™ race at the Automotodrom Brno, it was the turn of the MotoGP™ machines to head out as the rain was just starting to stop – leaving the prospect of a flag-to-flag hanging over the race. In the end it wasn’t to be, and it was Cal Crutchlow (LCR Honda) who sliced through the field in one of the most spectacular victories in recent years, taking the flag to become the first British winner for 35 years. He also follows Jack Miller (Estrella Galicia 0,0 Marc VDS) into the history books as a winner with an independent team in 2016, with wet weather opening the door for many on the grid. 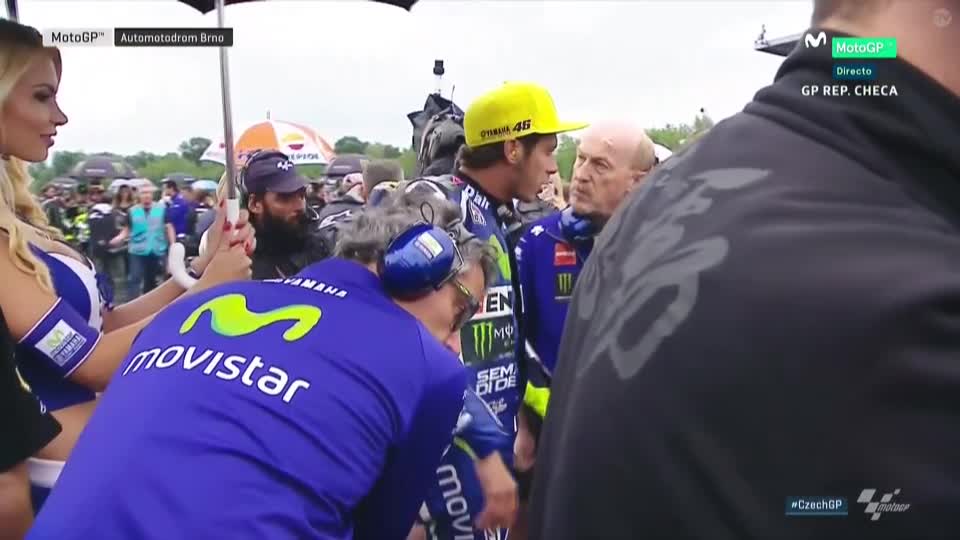 Valentino Rossi (Movistar Yamaha MotoGP) and Marc Marquez (Repsol Honda Team) completed the podium in a chaotic race, with the 9-time champion making a small gain on title rival Marquez as the two crossed the line in P2 and P3 respectively.

Polesitter Marc Marquez (Repsol Honda Team) had the worst start off the front row as Jorge Lorenzo (Movistar Yamaha MotoGP) and Andrea Iannone (Ducati Team) swept past the championship leader, before both Movistar Yamaha riders Lorenzo and teammate Valentino Rossi began to drop through the field. Marquez played it safe to slot into the middle of the top ten as his title challengers suffered, as Iannone, teammate Dovizisoso and Scott Redding (Octo Pramac Yakhnich) escaped at the front.

Cal Crutchlow then proved the man on the charge, with a tyre combination of a hard front and hard rear coming into its own as the Brit charged from P15 to stunningly catch the front of the race. Dovizioso suffered a tyre problem that saw him pull in, as Crutchlow fought to take over at the front.

The softer tyre compounds of the frontrunners soon began to see them suffer, and it was Crutchlow leading the charge ahead of Valentino Rossi as the 9-time world champion suddenly clicked into gear and followed the Brit into the lead.

Marc Marquez then chose his moment to fight back, taking Andrea Iannone and Hector Barbera (Avintia Racing) in the squabble for the podium and protecting his title lead with a steady ride home behind Rossi. 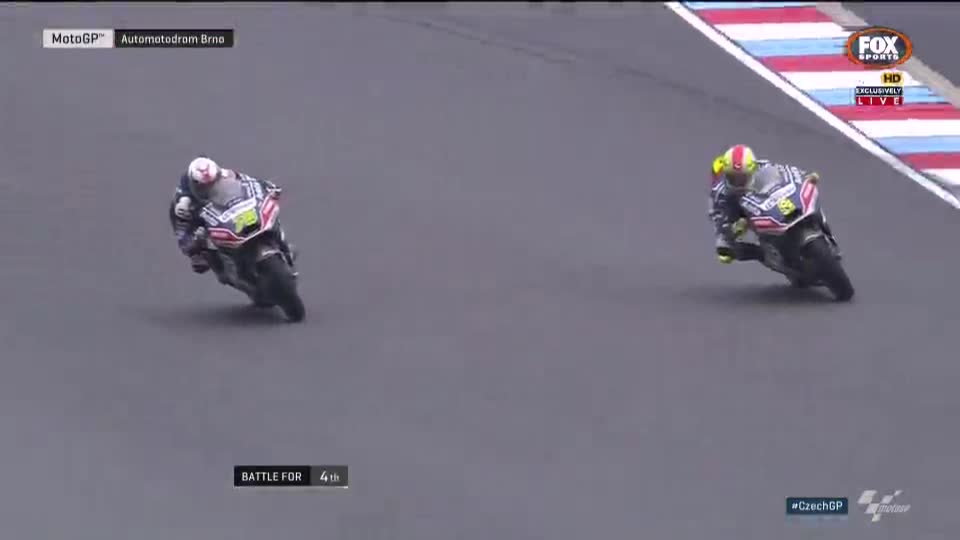 Danilo Petrucci (Octo Pramac Yakhnich) also overtook his compatriot to end the race in P7, with Iannone coming home just ahead of Maverick Viñales (Team Suzuki Ecstar), who crossed the line in P9.

Tito Rabat (Estrella Galicia 0,0 Marc VDS) kept his head to take his first top ten finish in MotoGP™, ahead of Yonny Hernandez (PULL&BEAR Aspar). Dani Pedrosa (Repsol Honda Team) had a tough race to come home in P12, with old rival Jorge Lorenzo suffering the worst in Brno as the title contender made a big error with a bike swap decision.

Lorenzo fell backwards through the field in the early laps like teammate Rossi, and when he got back on the pace to be one of the fastest out there, Lorenzo chose the gamble and came in to switch bikes. It proved the wrong decision on the day, with the ‘Spartan’ losing points to Marquez in the championship, and teammate Rossi. 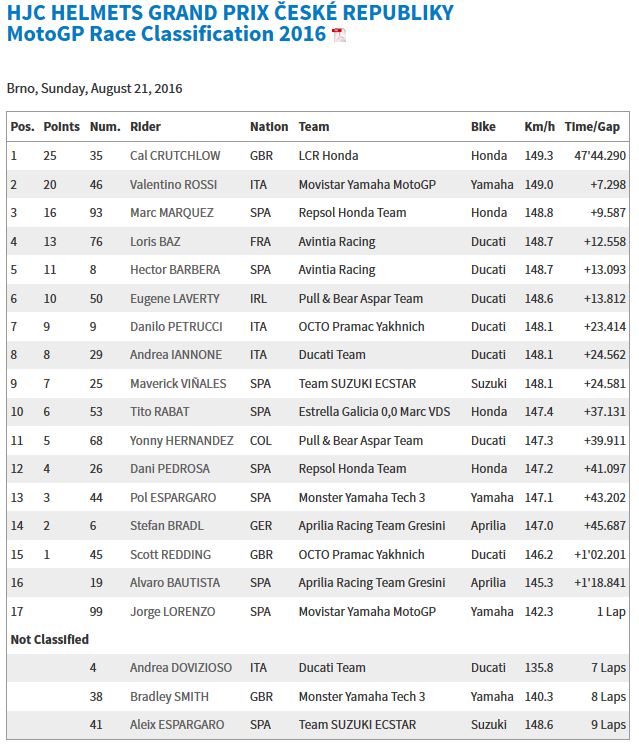 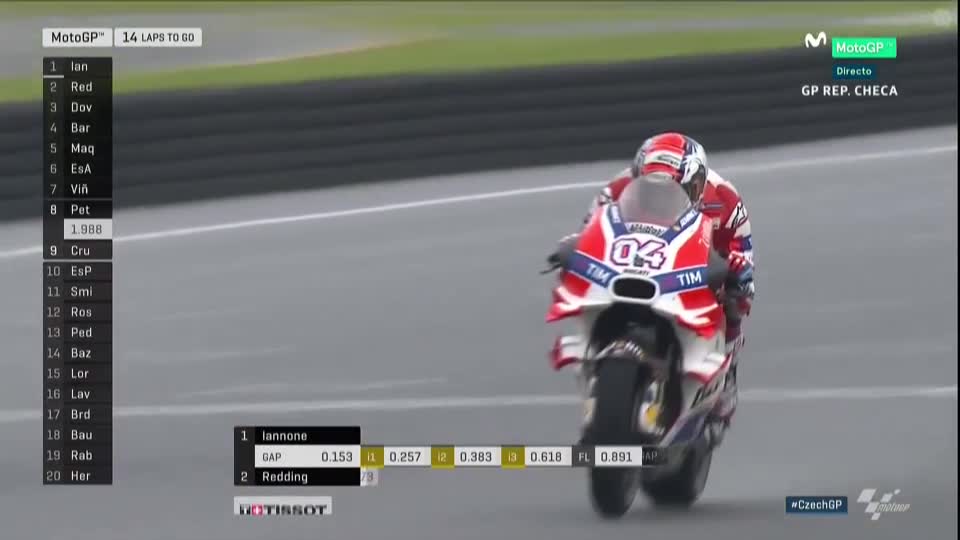 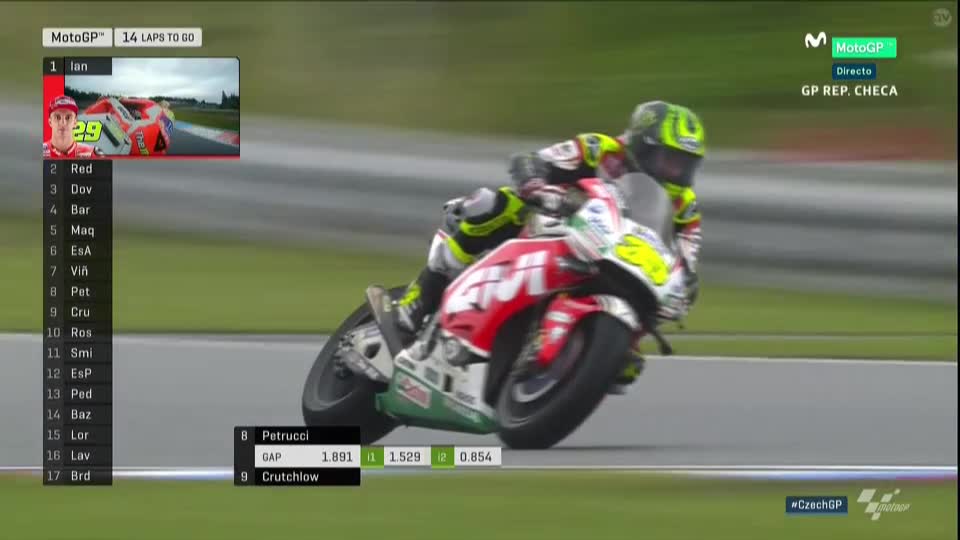 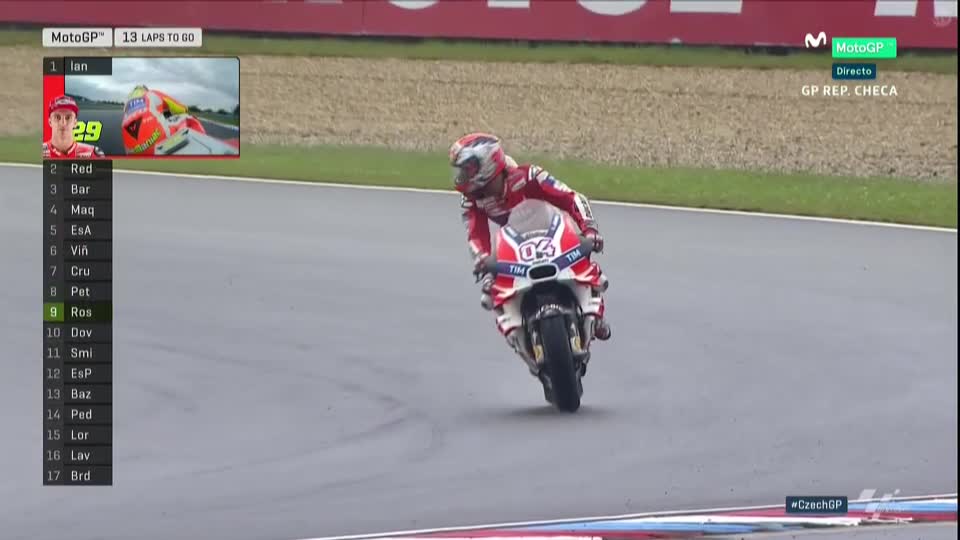 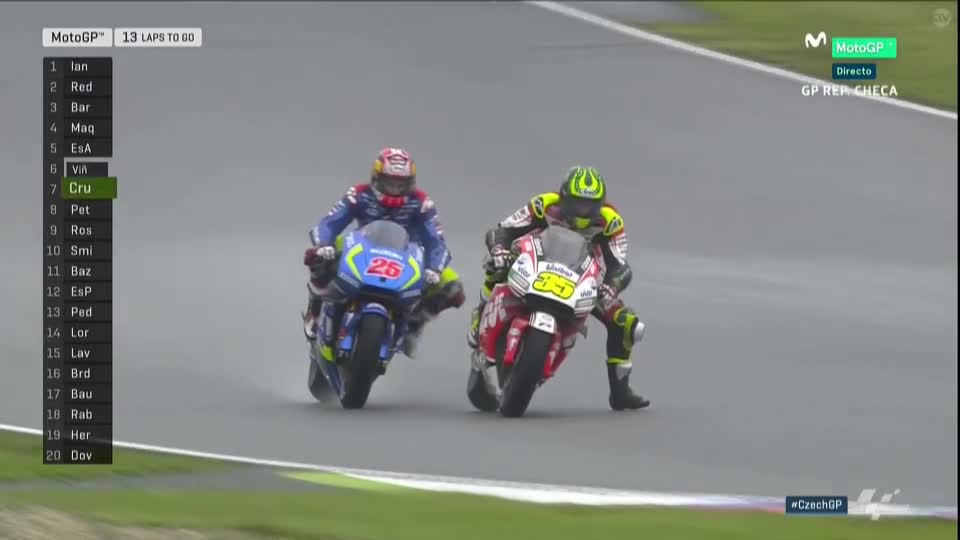 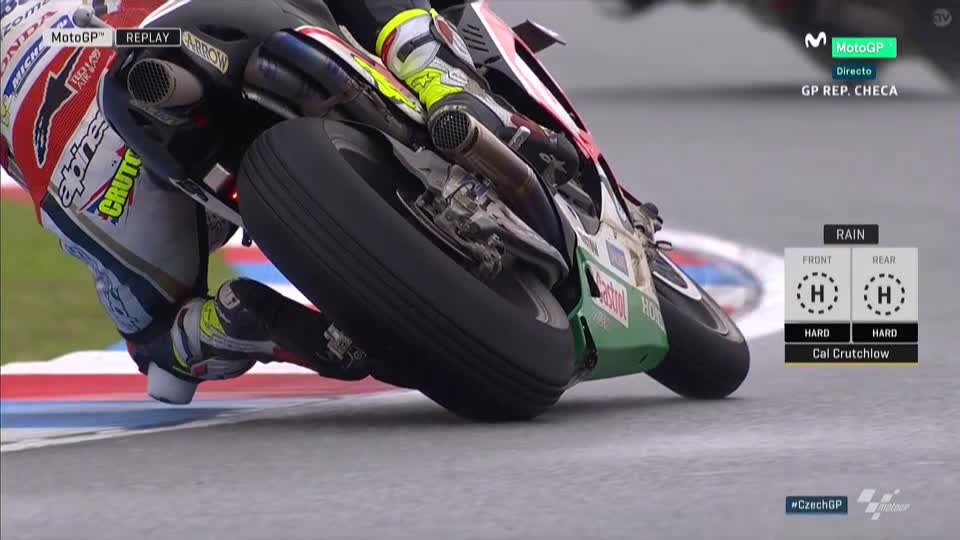 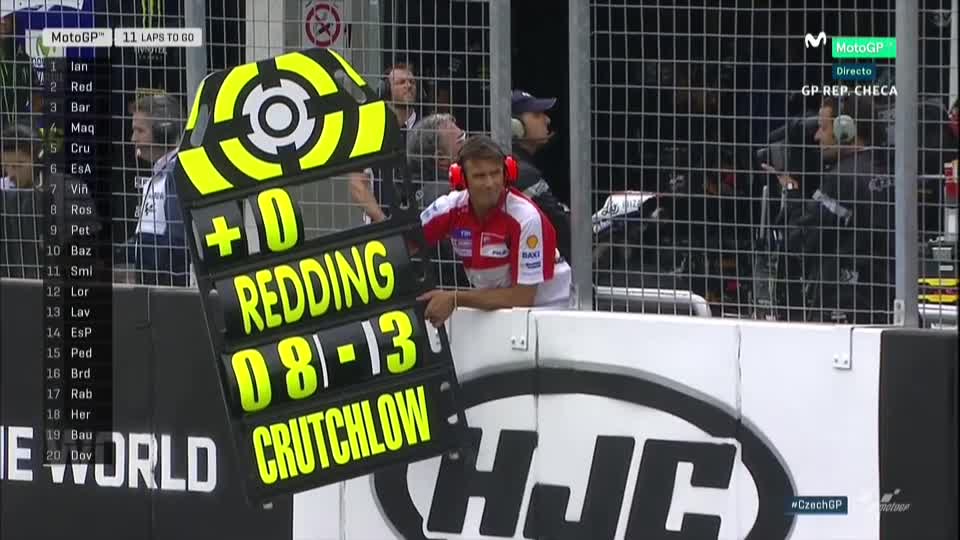 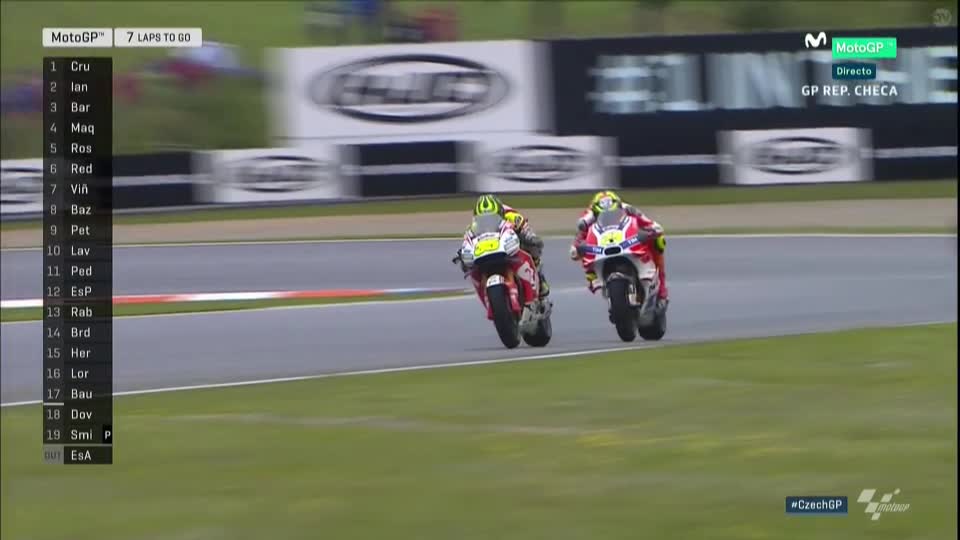 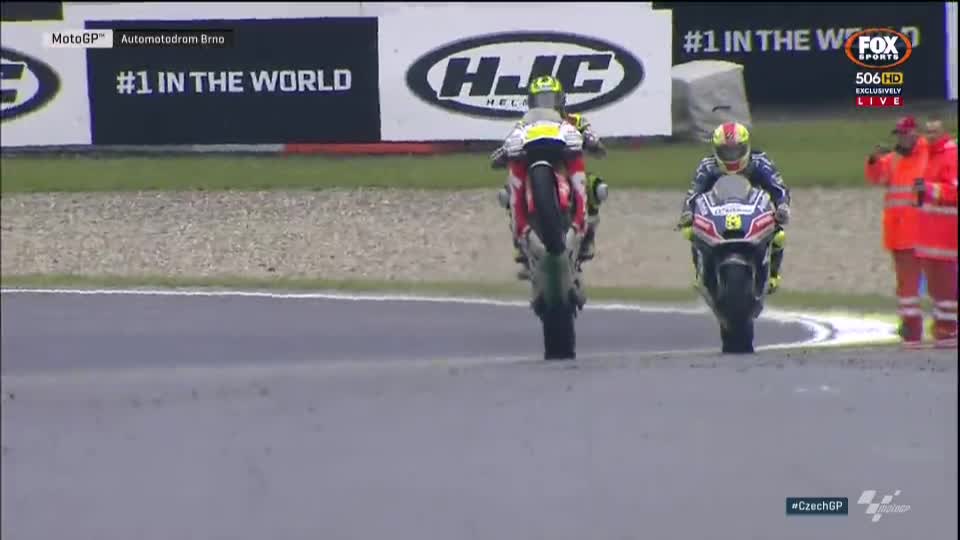 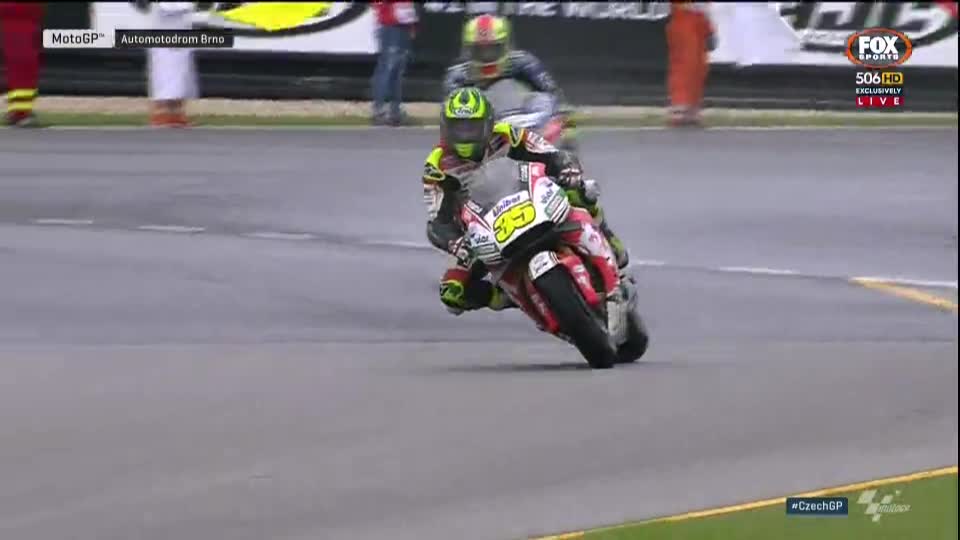 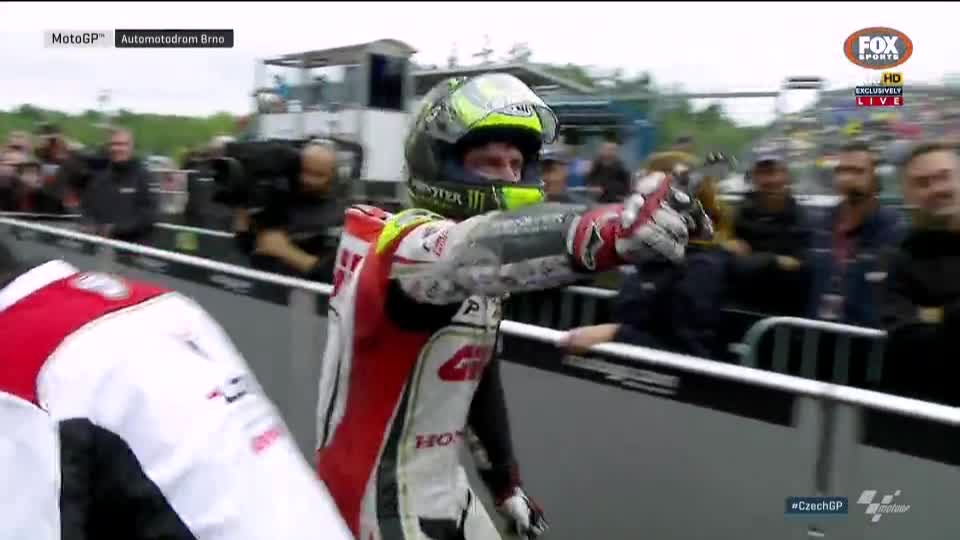 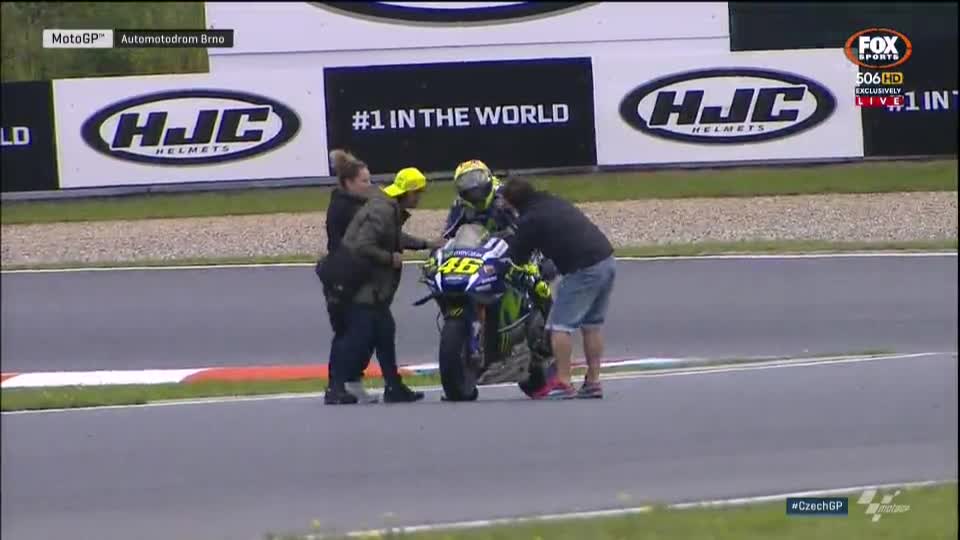 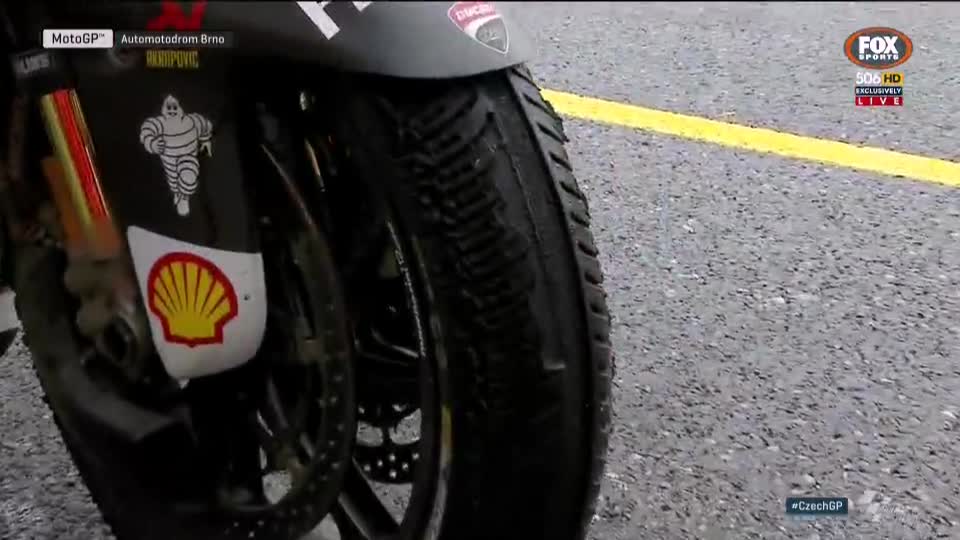 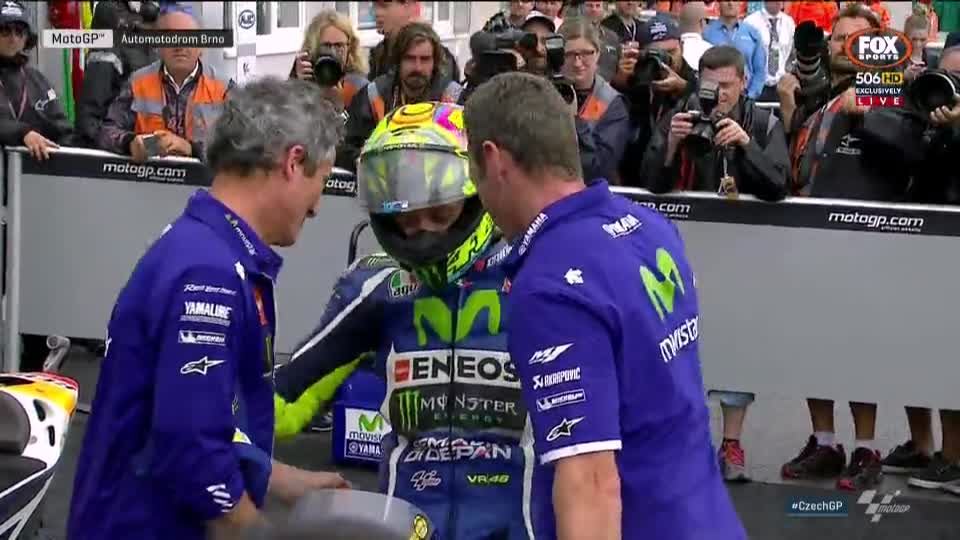 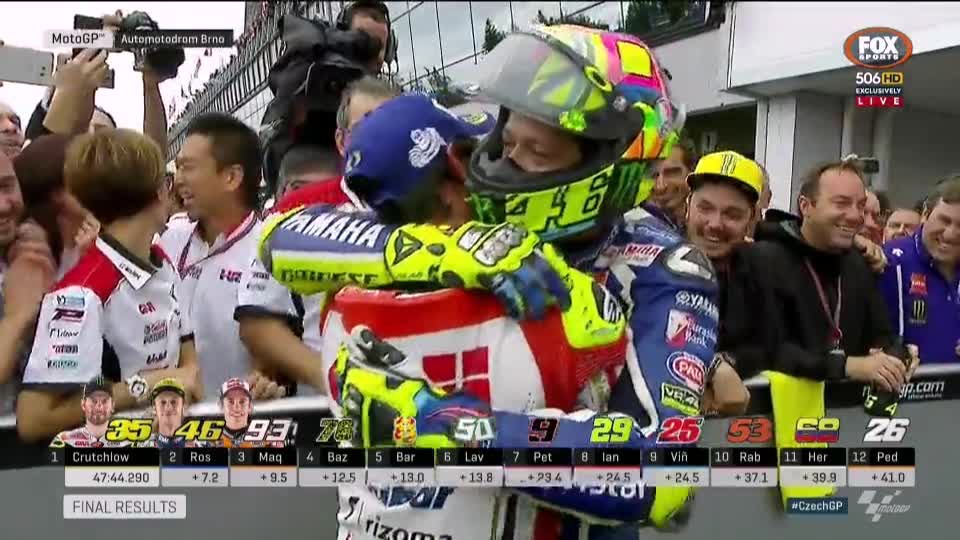 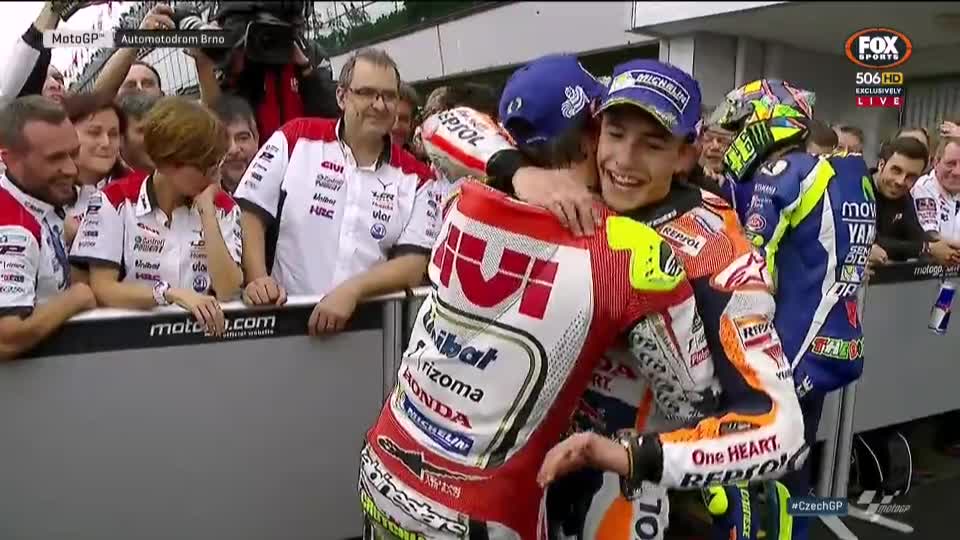 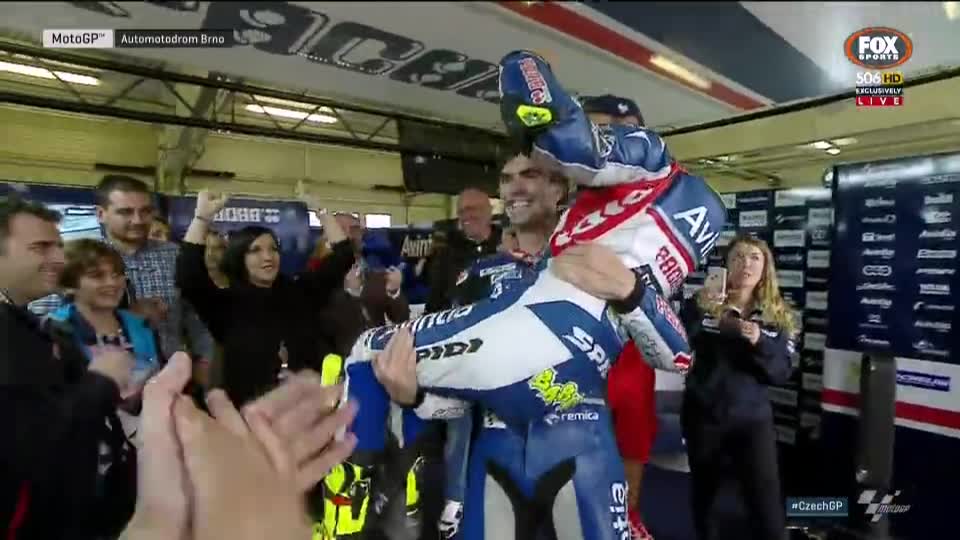 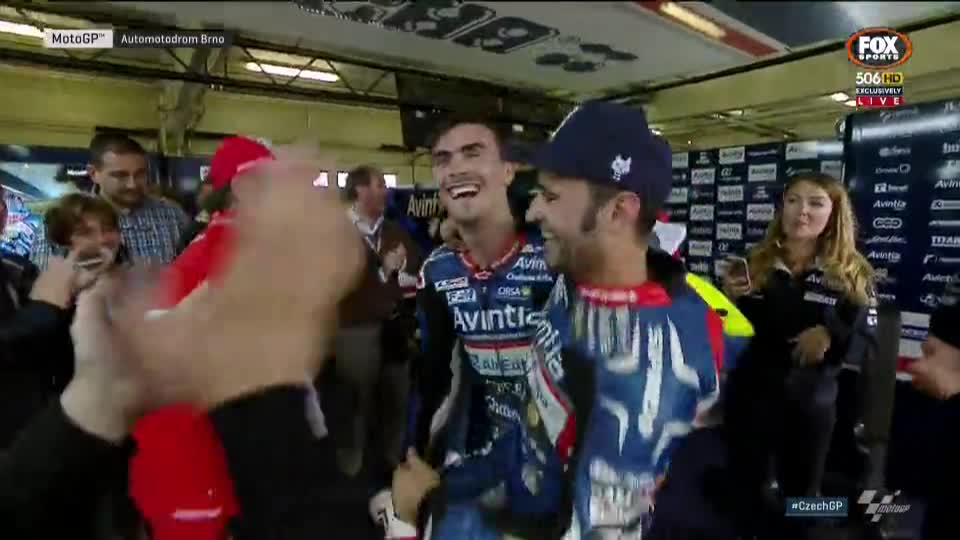 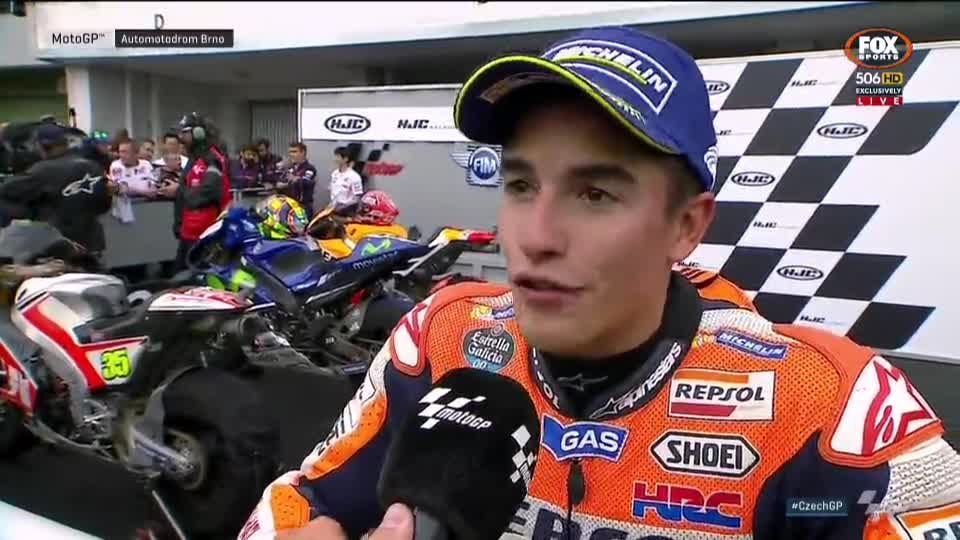 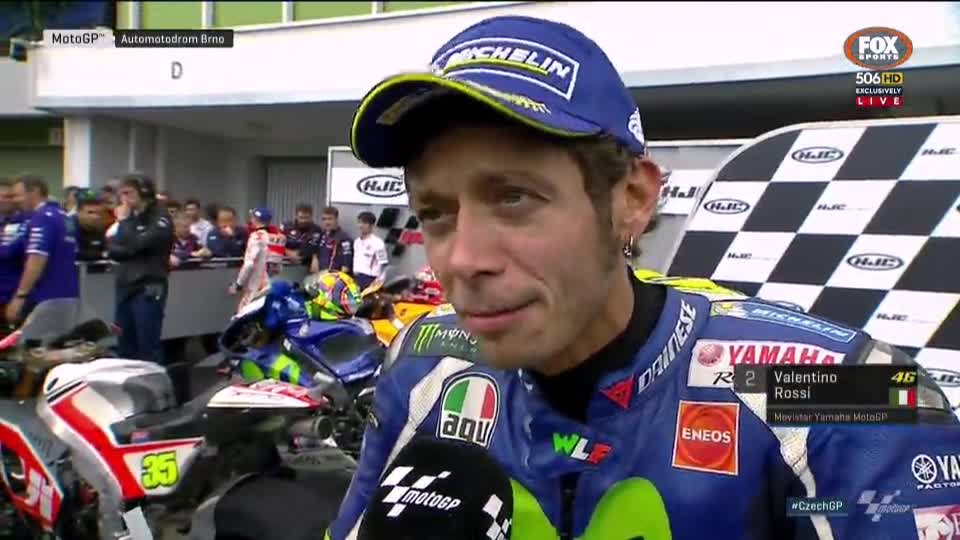 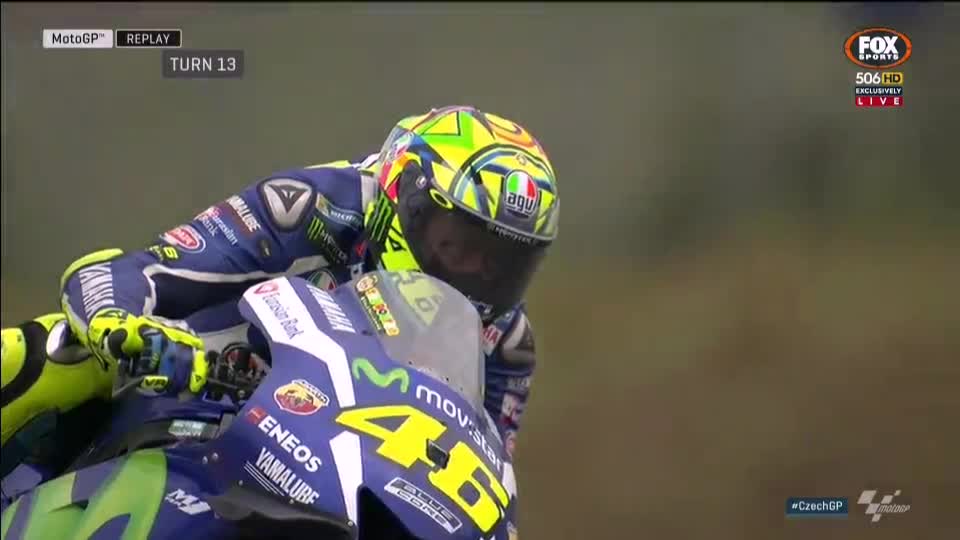