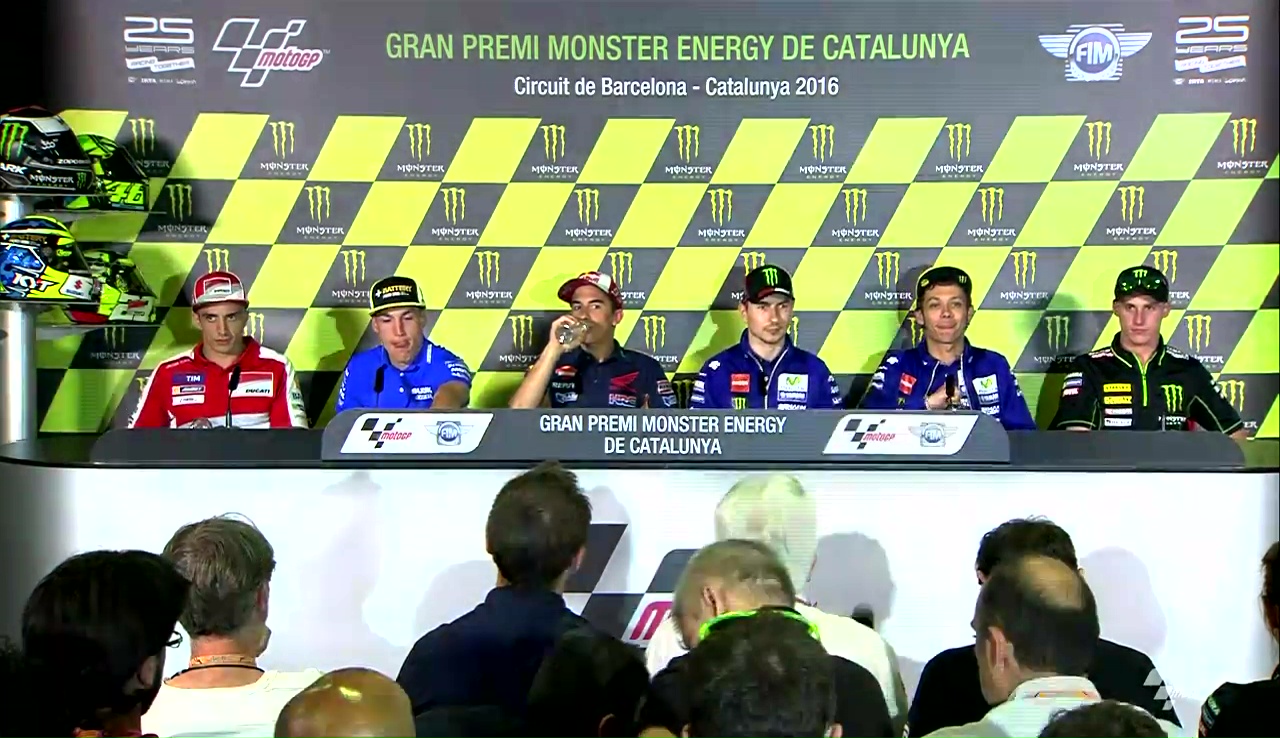 News was breaking before riders had even sat down for the press conference for the Gran Premi Monster Energy de Catalunya. Marc Marquez (Repsol Honda Team) announced he would be remaining with Honda for another two years, continuing their fruitful relationship. “Like I always say, my heart is in Honda and it was the best option and the best feeling,” he said during the press conference. It was another big day for announcements as Pol Espargaro (Monster Yamaha Tech 3) revealed he would be joining the new KTM project for the 2017 and 2018 seasons alongside current teammate Bradley Smith. A new bike is a significant challenge, but the Spaniard plans to take it step by step: “This MotoGP war isn’t easy, but first we have to finish this year with Tech 3 and go to Suzuka to try and win again. Then the new project comes.” 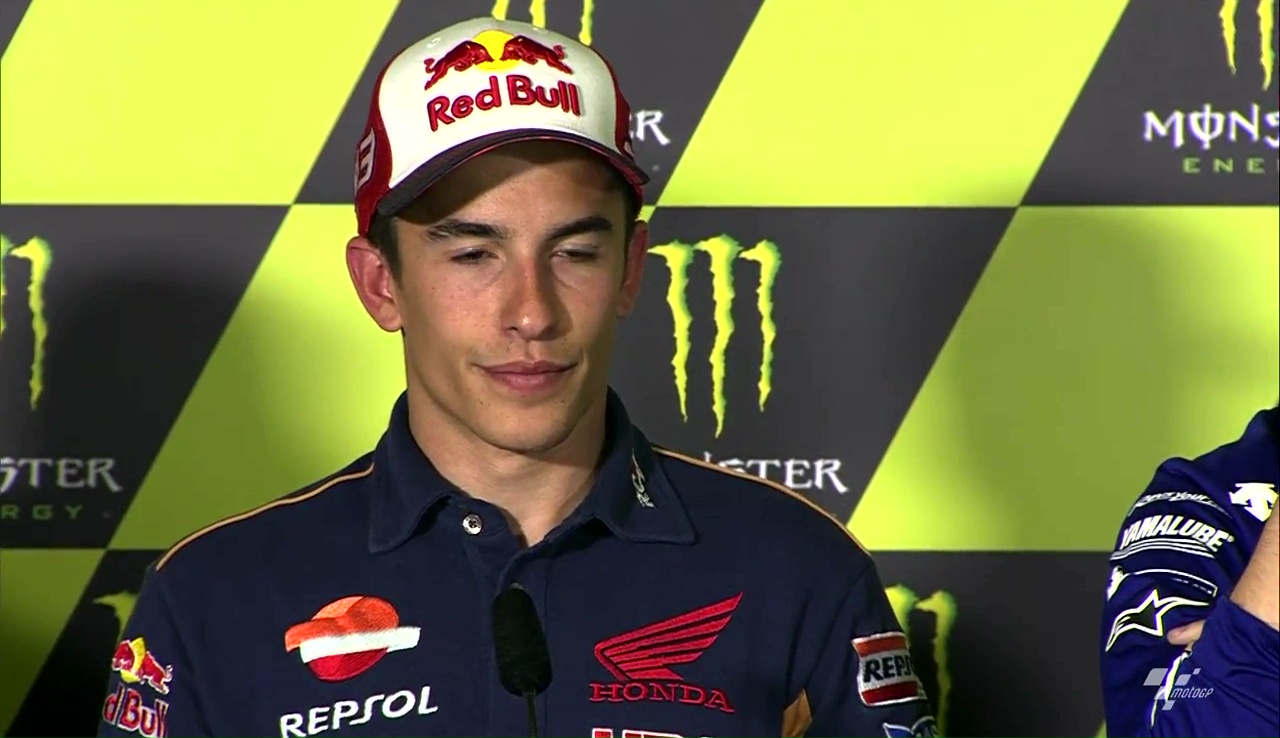 Marquez and Espargaro weren’t the only riders in the press conference as Italian GP winner and home rider Jorge Lorenzo (Movistar Yamaha MotoGP) was also present along with teammate Valentino Rossi (Movistar Yamaha MotoGP). Aleix Espargaro (Team Suzuki Ecstar) was there alongside his brother, both growing up just a few kilometres from the track in the town of Granollers. Andrea Iannone (Ducati Team) was also present after his strong recovery to third in Italy.

Lorenzo arrives as the man of the moment, but knows a number of challengers lurk in the shadows: “This year is the most close the championship has been for a long time. Four bikes, four factories with clear options to win races. I don’t think we’ve seen this in the last 20 years even. A lot of riders with very competitive pace.” 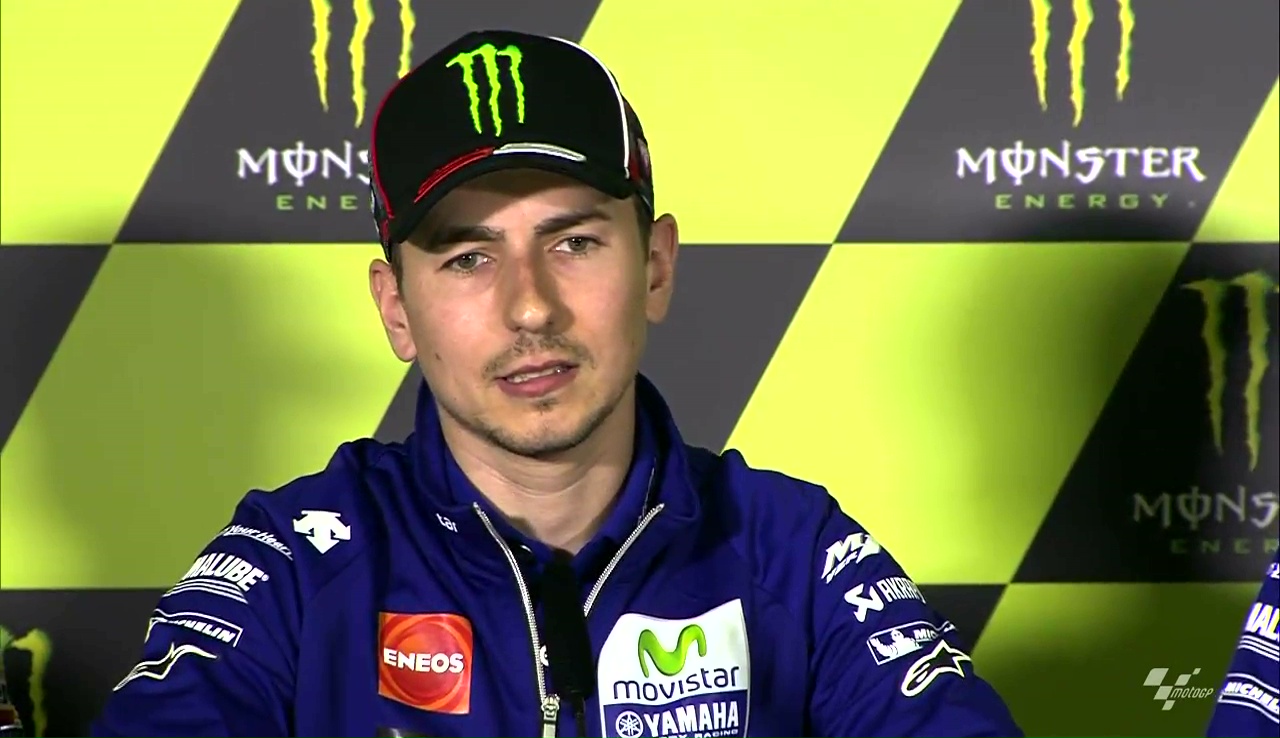 After a difficult pre-season, Marquez was quite surprised to arrive in Barcelona as Lorenzo’s closest rival: “Before the start of the season it was really difficult and our target was to arrive here in Montmelo maybe 25 points behind him but we arrive only ten, so happy with this.”

Third in the championship, Rossi arrives in Barcelona looking to make up ground lost in Mugello. It was revealed his engine issue was caused by issues with the rev limiter: “In motorsport it’s always like this, it’s always electrical or a part that’s just a dollar! In Mugello with the hill and the jump at the end of the straight, a lot of RPM, it looks like the rev limiter isn’t precise like last year and with the small jump on the hill maybe the RPM goes too high and breaks the engine. It was a great shame. I hope it doesn’t happen again!” he reflected, his attention already on round seven.

The Espargaro brothers had quite contrasting press conferences, Aleix Espargaro not hopeful of his future within Team Suzuki Ecstar: “Last weekend was quite difficult for me, I realised I wasn’t as important in Suzuki as 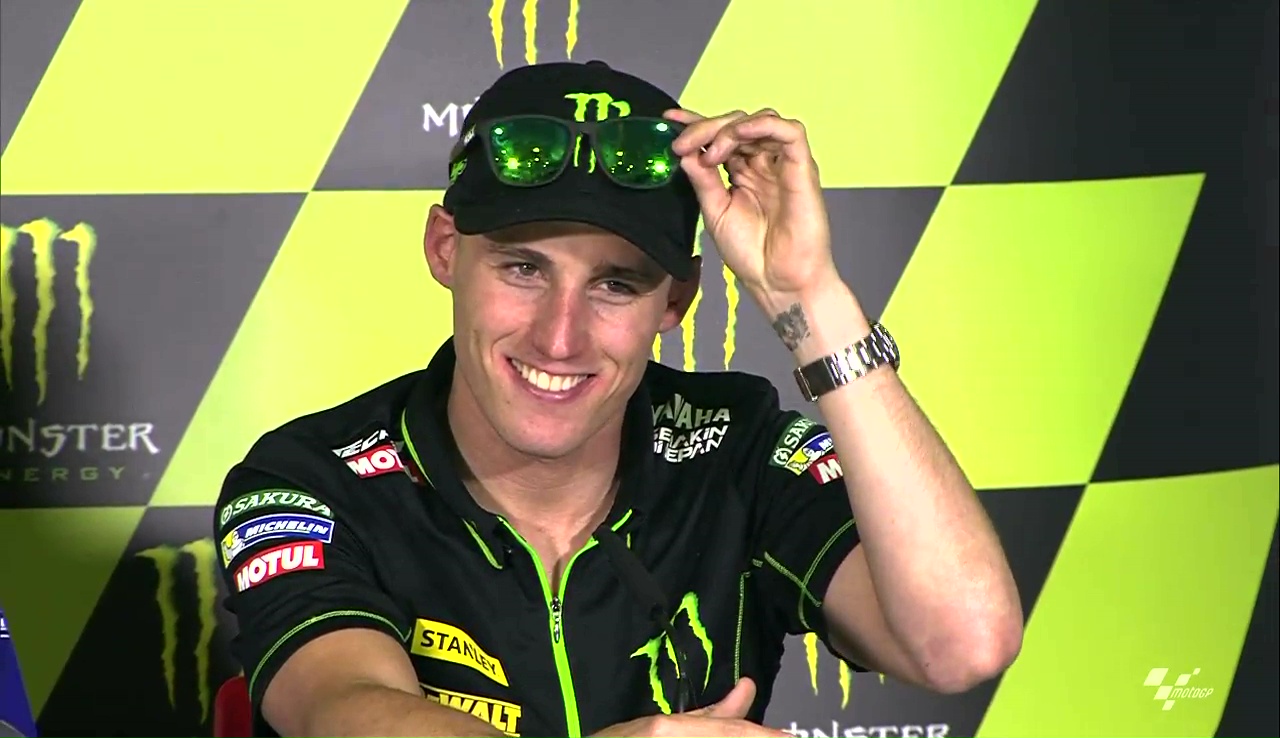 I think. In Mugello we started to think to maybe move to another team. We’re still thinking because I’m not sure I will continue in Suzuki, I will try to go somewhere they really love me and really want me.” Meanwhile his younger brother Pol Espargaro was beaming to have his future with KTM set in stone: “Right now they are building everything, the team, the mechanics and even the bike. I’m looking forward to going there and seeing how they work. Where they go they win and we will try to repeat what they’re doing in Moto3.”

Much of the attention was focused on the other riders in the press conference, Iannone flying under the radar while quietly confident about the weekend: “Now this is a new weekend in Barcelona and I like this track a lot, in the past I won 125 and Moto2 races. I think we have the possibility to fight for the top in all the races, this is the priority.” 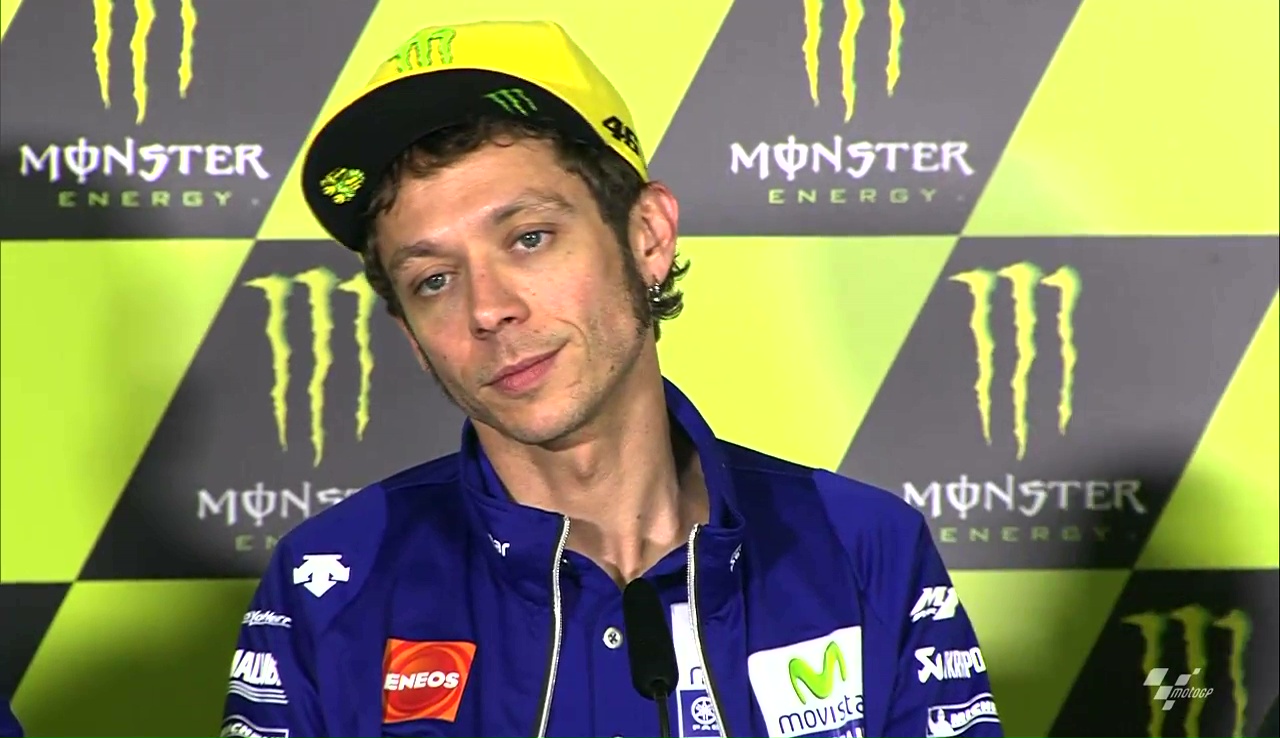 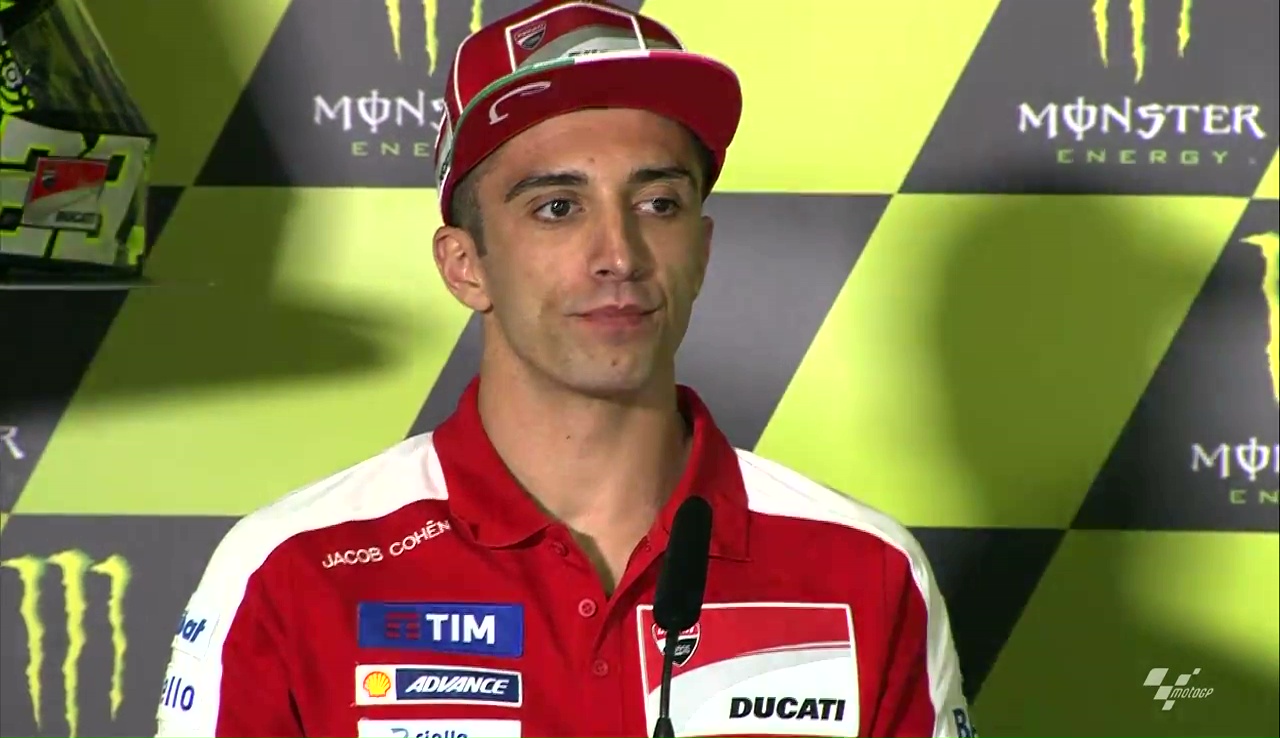 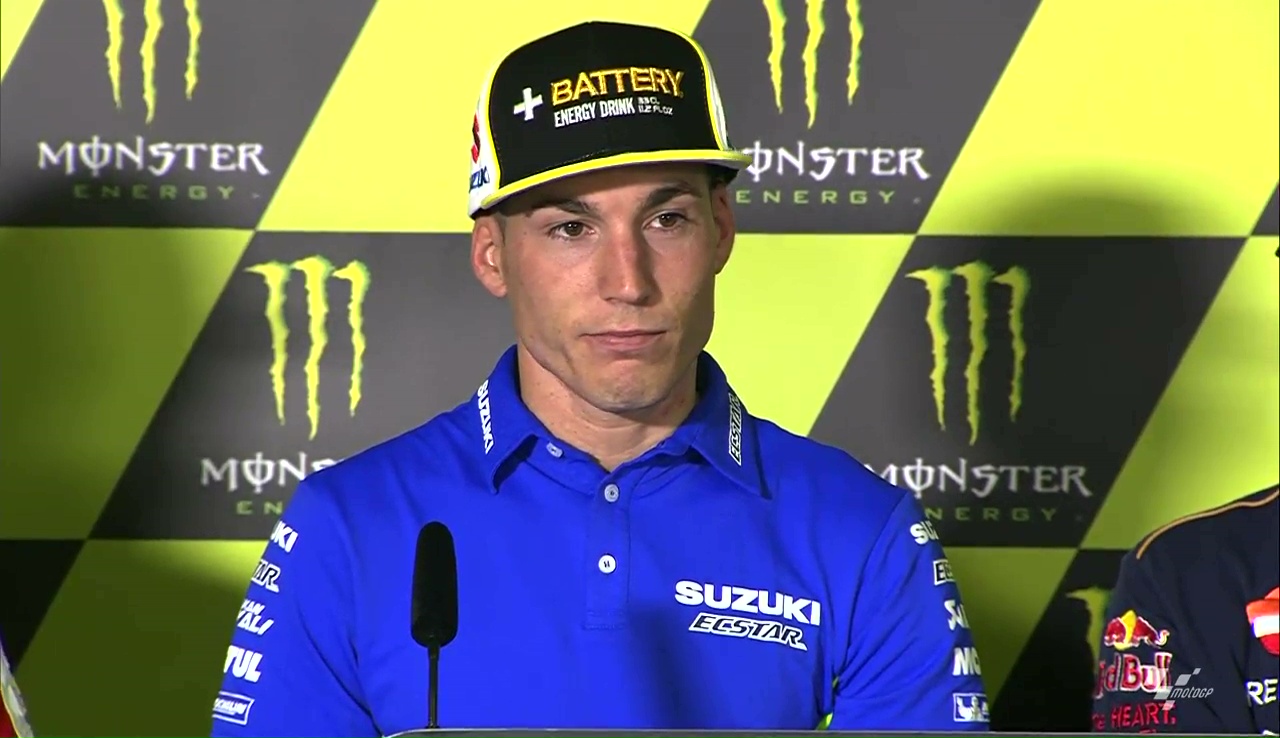