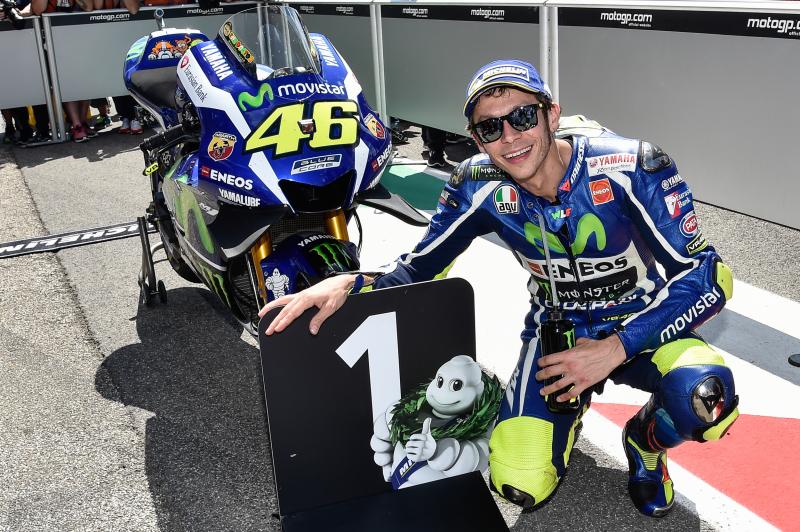 Fastest in Q1, Redding and Aleix Espargaro look set to throw their hats into the ring and get involved in the fight for pole.

After the first runs of the session Pol Espargaro (Monster Yamaha Tech 3) and Scott Redding (Octo Pramac Yakhnich) were the early favourites. Espargaro suffered a crash at Turn 10 with just over a minute to go, getting back for his second bike but with only enough time for an out lap.

Cal Crutchlow’s (LCR Honda) session came to an equally frustrating end as he crashed at Turn 12, punching the ground in anger but unharmed.

Scott Redding completed a 1’46.886 to set the fastest time of the session and move to Q2 with Aleix Espargaro (Team Suzuki Ecstar) joining him. 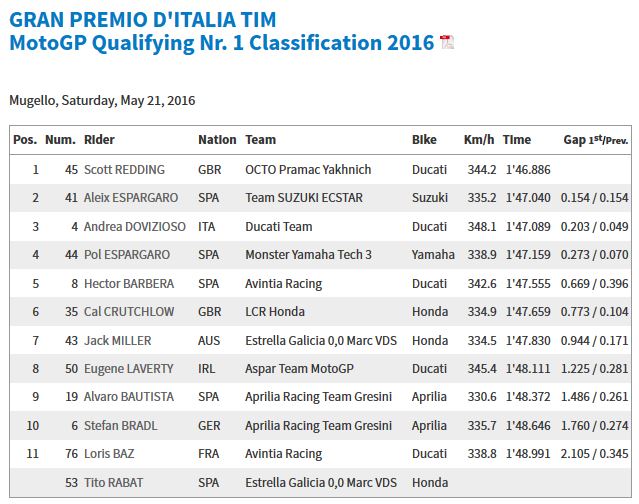 The hills of Mugello exploded as Rossi took pole position for the Italian GP, holding off Viñales and Iannone in a gripping session.

The last eight races have seen the pole setter go on to take victory, the stat looming in the back of all the MotoGP™ riders’ minds as they headed out for Q2. Andrea Iannone (Ducati Team) was the man of the moment having topped both Free Practice 3 and 4, the Italian immediately sliding in behind Jorge Lorenzo (Movistar Yamaha MotoGP) for a tow. He was straight into the 1’46s with Marc Marquez (Repsol Honda Team) also getting under the 1’47s barrier immediately.

Iannone remained locked to Lorenzo and improved to a 1’46.607 but the times were just starting to drop. Seemingly out of nowhere Valentino Rossi (Movistar Yamaha MotoGP) produced a 1’46.504 and moved into provisional pole. The crowd was whipped into a frenzy but there were still hot laps to come. Both Marquez and Viñales were rapid in their final runs but neither could best ‘The Doctor’.

Right with Rossi for most of his laps was Maverick Viñales (Team Suzuki Ecstar), the future teammates each taking turns to lead and follow, to teach and learn. The lessons clearly paid off for Viñales as the Spaniard set a 1’46.598 to end 0.094 behind Rossi and begin Sunday's race in second. Viñales continues to ride a wave of confidence after taking his first MotoGP™ World Championship podium and securing his future for the next two years. This is just Viñales’ third front row start since joining the class in 2015.

Favourite before the session, Iannone was unable to quite deliver on his potential as he was only able to take third position. A front row still puts him in prime position to battle for victory, he and Rossi having shown incredible race pace in Free Practice 4. Returning Ducati to the top step of the podium in Mugello would be a dream come true for both Iannone and Ducati.

There were four different bikes in the top four as Marquez set a 1’46.759 to lock down fourth and head the second row of the grid for the race. Marquez’s fastest lap was hindered somewhat by a small mistake towards the end. For the first time since the Catalan GP back in 2015, Marquez will start off the front row of the grid.

Before the weekend had even started, everyone was expecting Jorge Lorenzo to fly in Mugello. But the Majorcan has so far had a quiet weekend, rarely able to challenge for the top spot during practice. For the first time in 2016 he will start off the front row, fifth his worst grid position in 16 races. All of the top five were able to produce 1’46s in Q2. Lorenzo swapped front tyres just before his final run on track, an uncommon sight in Q2.

Everything is in place for a legendary Italian GP on Sunday. Could Rossi break Spain's domination of his home track and claw back even more championship points?

Tito Rabat (Estrella Galicia 0,0 Marc VDS) did not participate in the session and will not race after breaking his left collarbone in FP3. 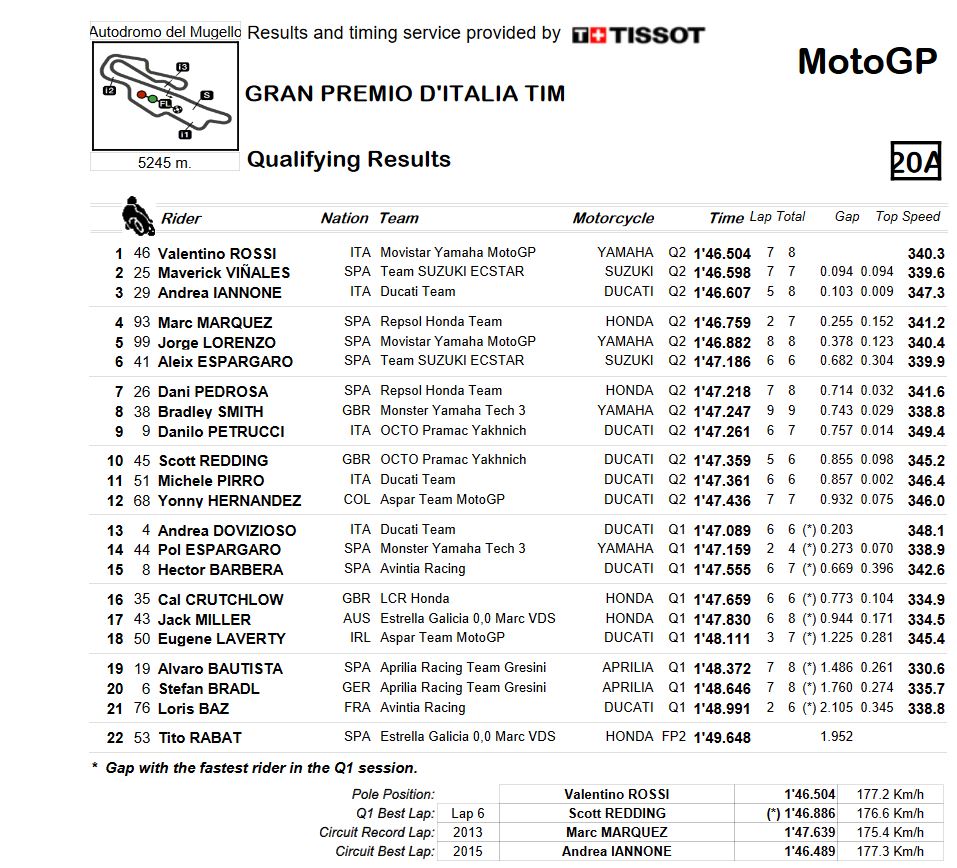