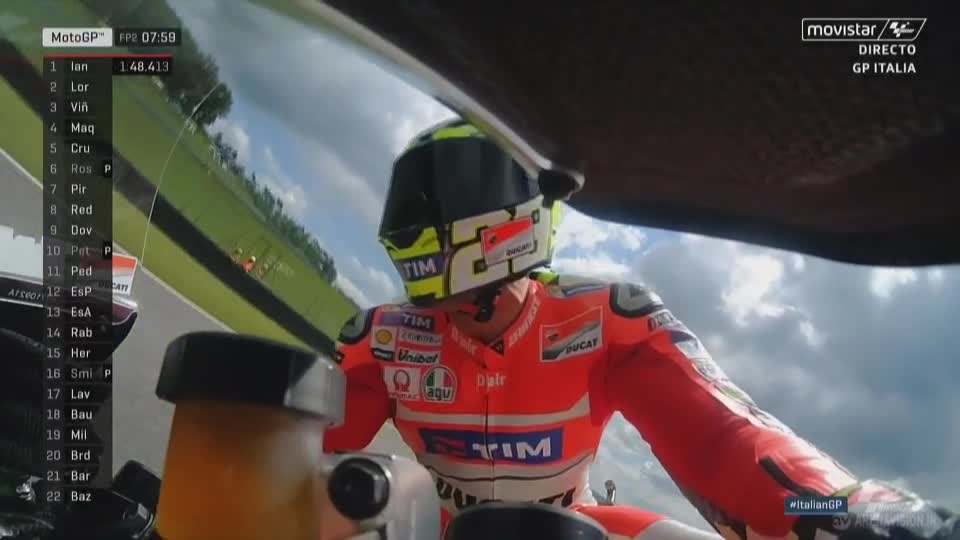 Times improve by over five seconds as Mugello dries, Iannone, Lorenzo and Pirro ending Friday as the three quickest riders.

With only 14 riders having set times in Free Practice 1, the second session of the day was actually the first time on track at Mugello for several riders. The start of the Gran Premio d'Italia TIM had been hit by rain, but there were no such issues in Free Practice 2. Yonny Hernandez (Aspar Team MotoGP) had been the fastest rider in FP1 but his 1’54.199 was quickly demolished.

All the MotoGP™ World Championship riders were able to improve their times considerably in the session. Quickest of them all was Andrea Iannone (Ducati Team) who set a 1’47.696 to end 0.461s ahead of second place. He might be off to Team Suzuki Ecstar in 2017, but Ducati and Iannone still have business to finish in 2016. Mugello in 2015 was the scene of Iannone’s first MotoGP™ World Championship pole position and he could easily achieve a second premier class pole if his form continues. 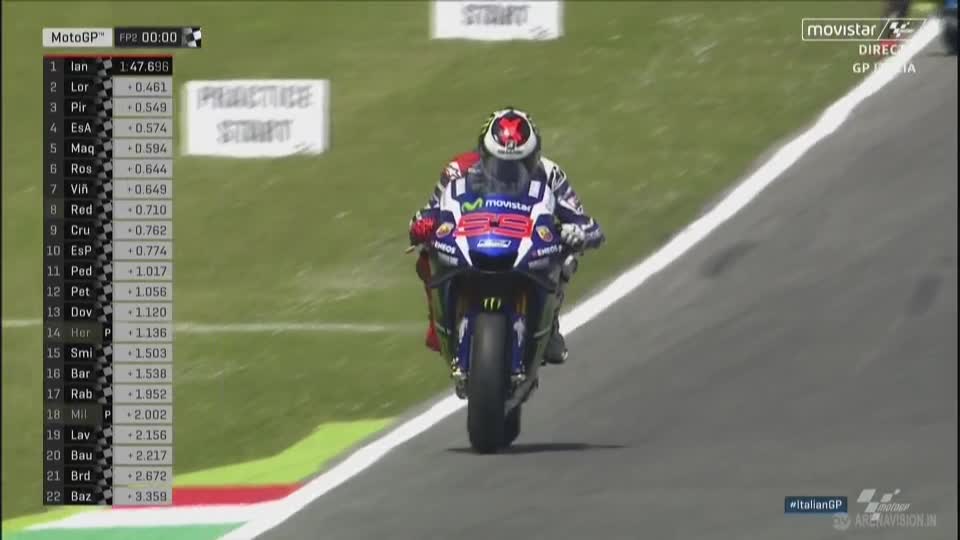 Jorge Lorenzo (Movistar Yamaha MotoGP) was immediately up to speed after sitting out Free Practice 1. He set a 1’48.157 to edge within half a second of Iannone. Lorenzo once again tried a new version of his helmet with an extended rear section.

Wildcard Michele Pirro (Ducati Team) was again up towards the sharp end, ending as the third fastest rider of the day. A slipstream behind Lorenzo assisted his time, but Pirro often produces his best results in front of the hoards of Italians who fill the hills of Mugello.

Aleix Espargaro (Team Suzuki Ecstar) concluded Friday as the fourth fastest rider, just over a tenth off Jorge Lorenzo. Marc Marquez (Repsol Honda Team) was the leading Honda in fifth. Starting somewhat down the order is not unusual for Marquez who has often struggled at the circuit, having won just once in the premier class.

The distance from second to sixth was nail bitingly close, never more than a tenth of a second splitting two riders. 0.644s off Iannone’s time, but only two tenths from second, Valentino Rossi (Movistar Yamaha MotoGP) started his home round well and is already up to speed with his rivals. 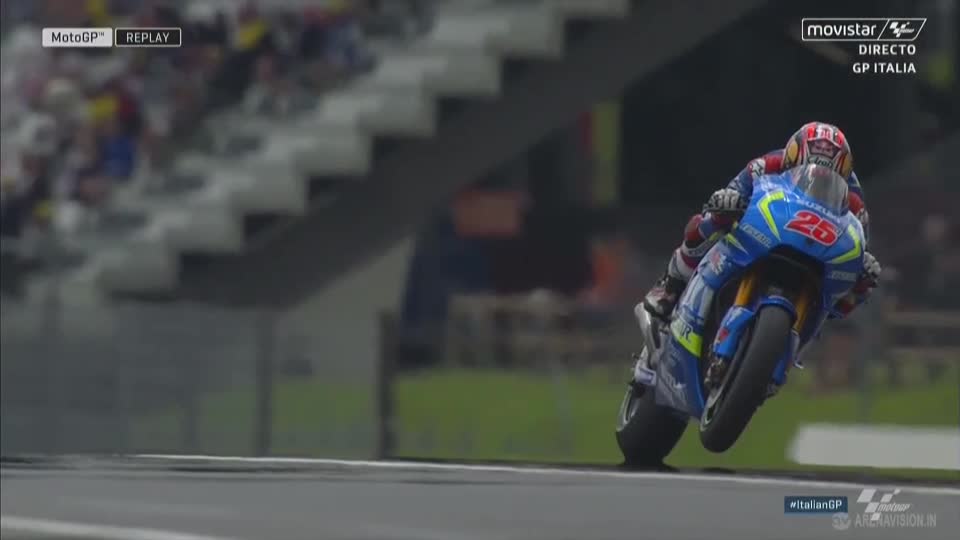 Maverick Viñales (Team Suzuki Ecstar), Scott Redding (Octo Pramac Yakhnich), Cal Crutchlow (LCR Honda) and Pol Espargaro (Monster Yamaha Tech 3) were all inside the top ten. Despite Iannone’s considerable lead, they all managed to end within a second of his time.

Having just announced his contract extension with Honda, Dani Pedrosa’s (Repsol Honda Team) weekend got off to a less than ideal start as he finished 11th. The Italian GP is also Pedrosa's 250th Grand Prix start, the Spaniard aiming to celebrate the achievement with a bang. Andrea Dovizioso (Ducati Team) also had a rough start to the weekend with the 13th fastest time. Fortunately conditions are looking good for Saturday and Sunday, giving both a chance to improve.

Eugene Laverty (Aspar Team MotoGP) fell at Turn 1 with a little over 17 minutes of the session remaining. He was unharmed. 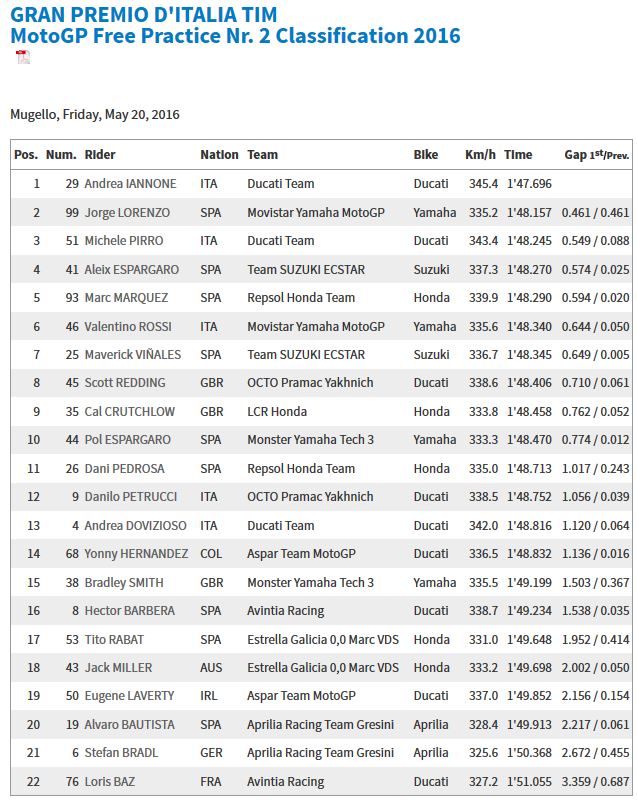 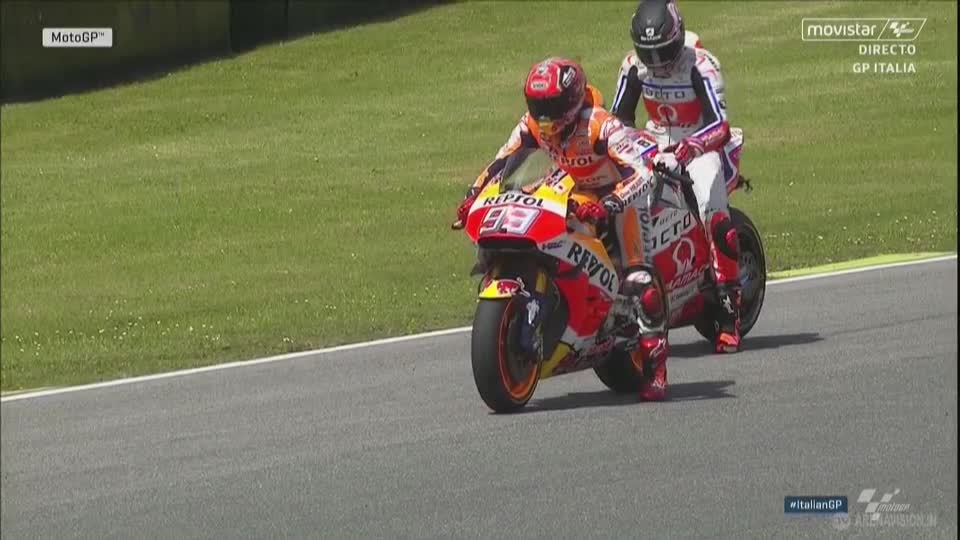 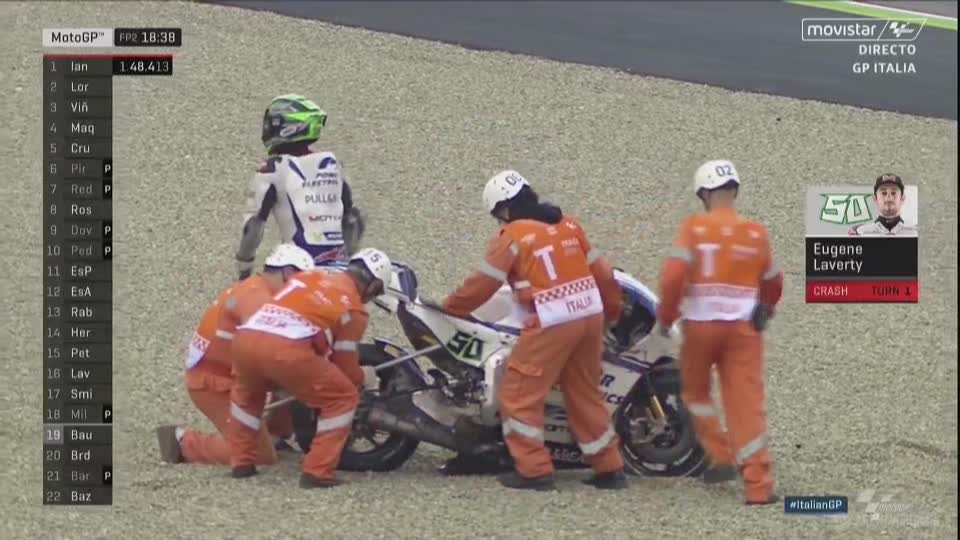 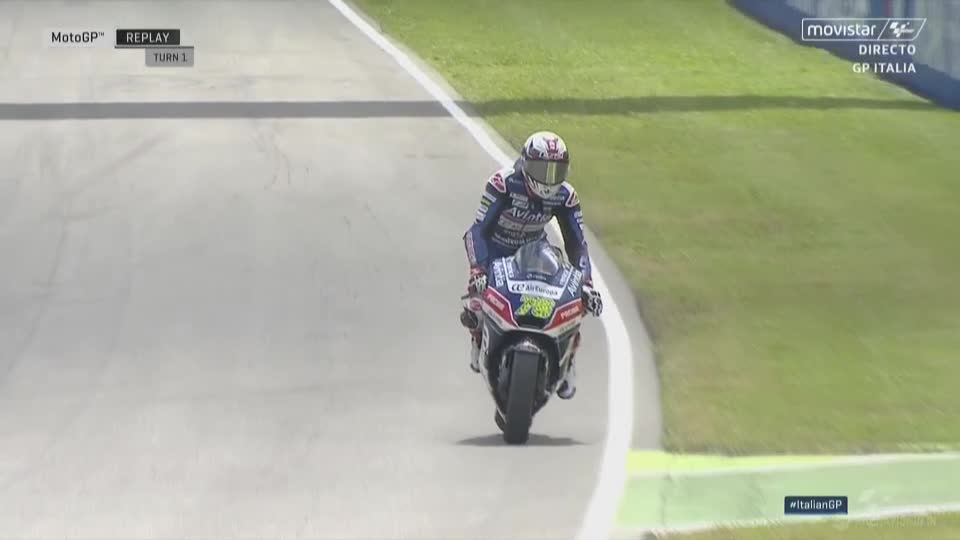 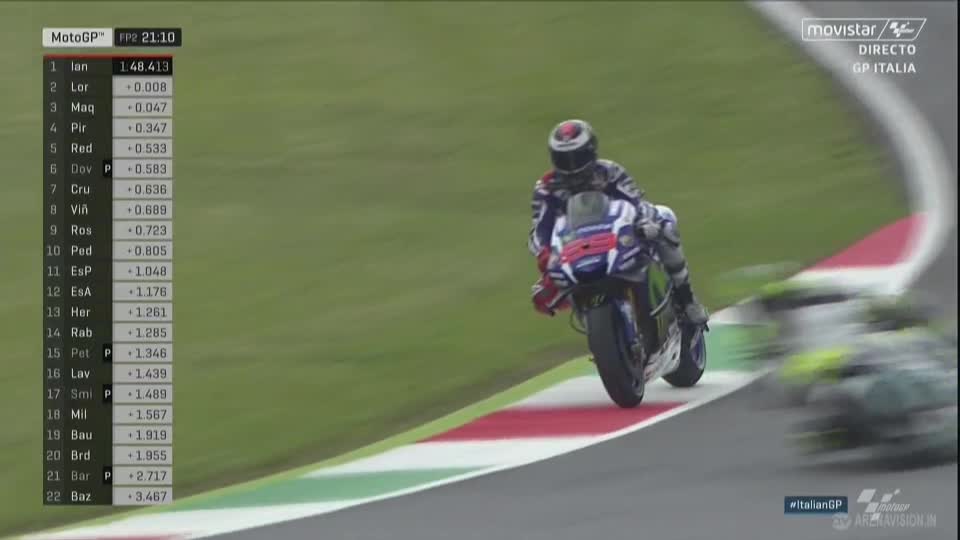