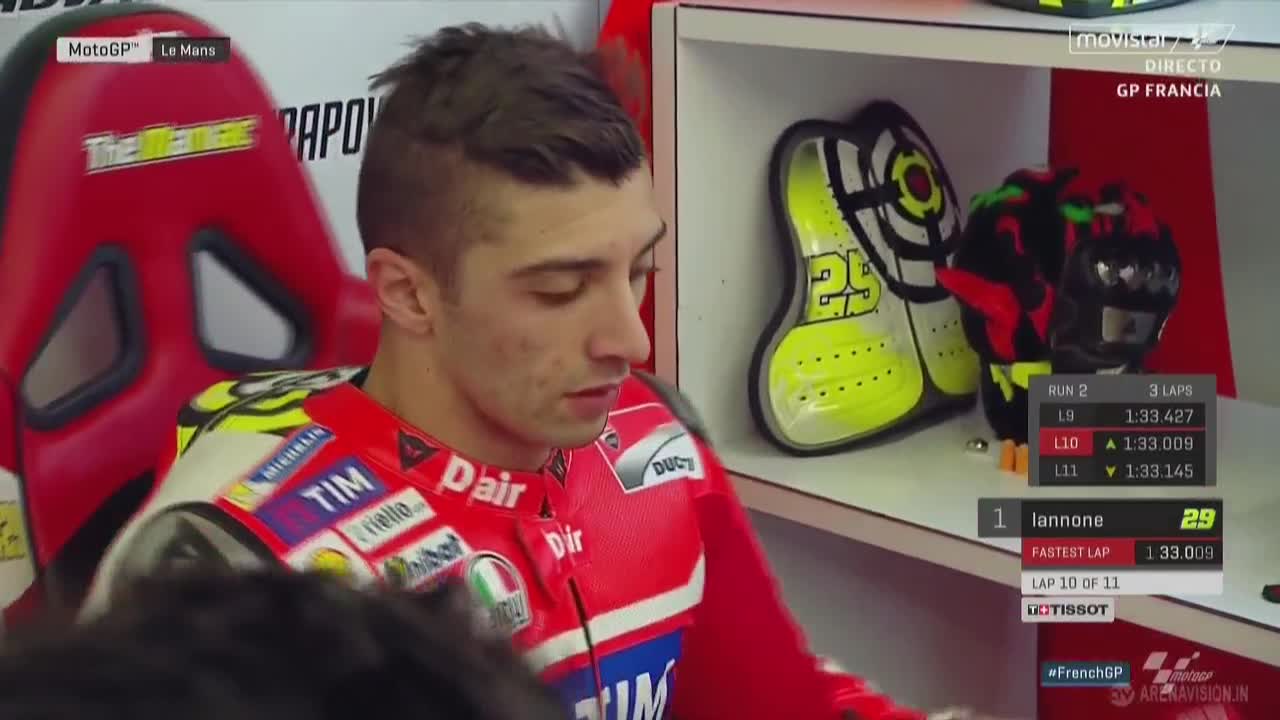 Andrea Iannone set a 1’33.009 to lead MotoGP™ Warm Up from Viñales and Pol Espargaro, the top five within half a second.

A strong start to the weekend helps Pol Espargaro secure his best Qualifying since Aragon as he shakes 2015 demons.

Each race of the 2016 MotoGP™ World Championship season has seen Pol Espargaro get stronger and stronger as he rebuilds his confidence. His undying devotion and tireless work was rewarded during Qualifying at the Monster Energy Grand Prix de France, his team’s home race. He set a 1’32.502 to take fourth on the grid, only 0.033s off the front row and an entire row ahead of Valentino Rossi (Movistar Yamaha MotoGP), Espargaro will once again start as the leasing Independent Team rider. His last second row start came at the Aragon GP in 2015, having struggled to crack the top six since then in Qualifying. The lap was no fluke as the Monster Yamaha Tech 3 man had been towards the front in almost every session of the weekend. Could a first podium be on the cards?

Pol Espargaro: “It's a really positive feeling to get back on the second row as I have had to wait since Aragon last season. Having said that, I feel that we definitely deserve it this weekend for the performances that we have shown in all the sessions. Yet, we have to bear in mind that tomorrow will be another story. However, the good thing is that by starting from the second row of the grid, we have a better chance of following the factory riders for at least the first part of the race, which means I can learn from them and enjoy the riding. Furthermore, I really like the new Michelin tyres because they allow me to ride my bike how I want to and the times come more easily for me which of course, gives me confidence. It goes without saying that it's a pity that we just missed out on the front row by only 0.033 of a second but there are a lot of the Factory guys behind me and this is what we will also aim for tomorrow. Therefore, I will try to get a good start and then fight all the way to the chequered flag in order to give the French fans and the Monster Yamaha Tech3 Team something to cheer about."

Stefan Bradl and Aprilia Racing Team Gresini teammate Alvaro Bautista both suffered falls during the session. Neither was harmed in their respective crashes.

Jorge Lorenzo has been the man to beat in Le Mans, but good a consistent Marc Marquez upset the apple cart? 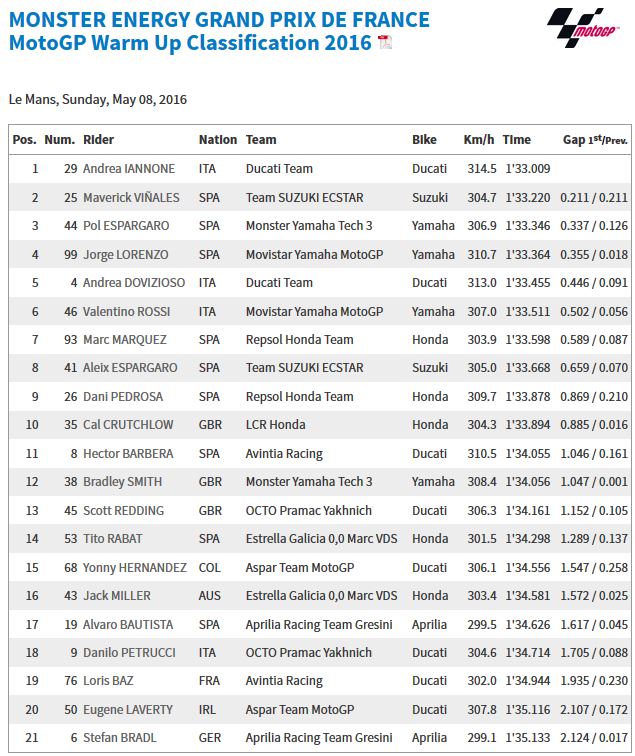