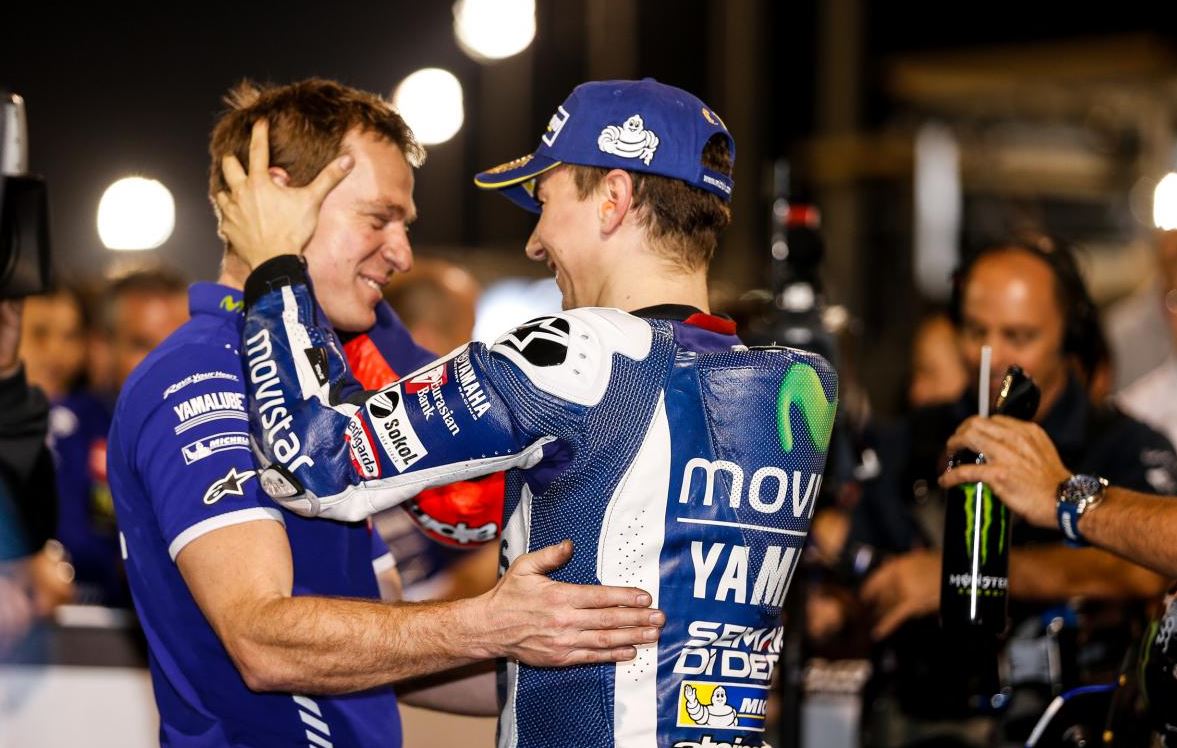 A tight Q1 session saw both Crutchlow & Smith head into Q2 to do battle for a top 12 grid spot for the Commercial Bank Grand Prix of Qatar.

There was an unfortunate fall for Aleix Espargaro (Team Suzuki Ecstar) as he slid off at Turn 1, sprinting back to the pits for his second bike. He was able to head back out with four minutes remaining. 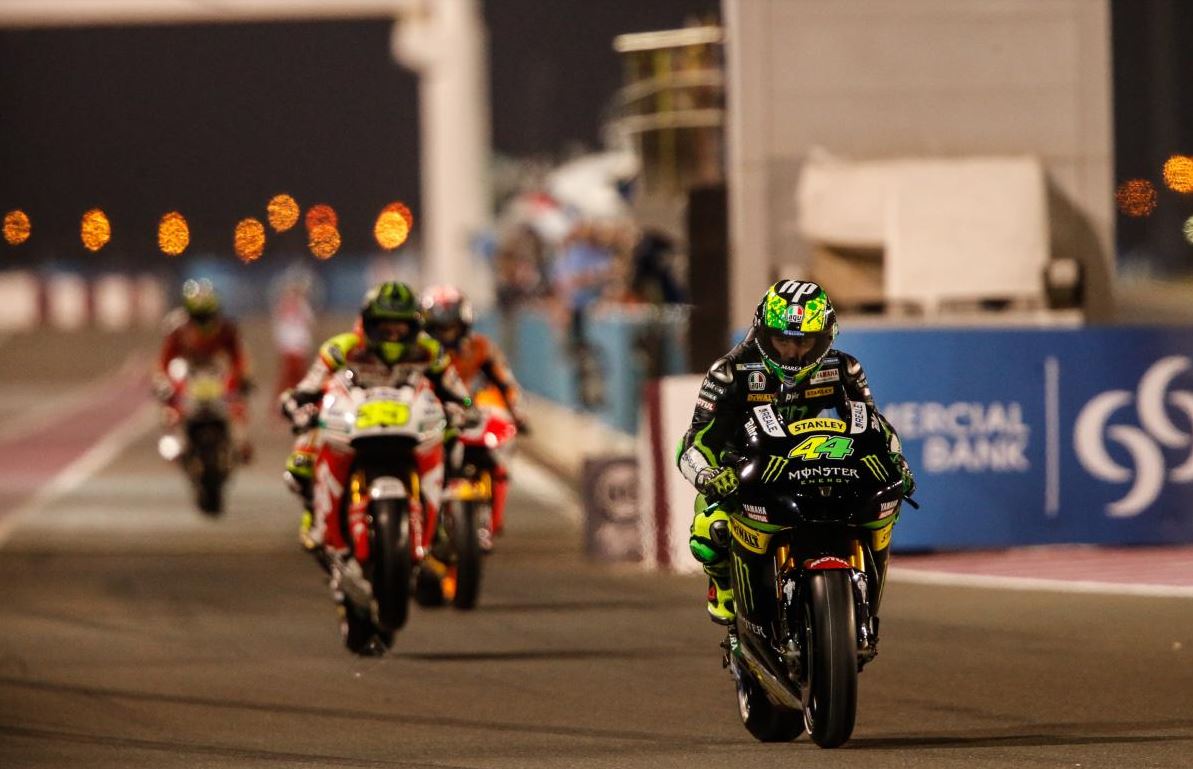 Jack Miller (Estrella Galicia 0,0 Marc VDS) went out with only three minutes remaining after a number of issues with his bike. 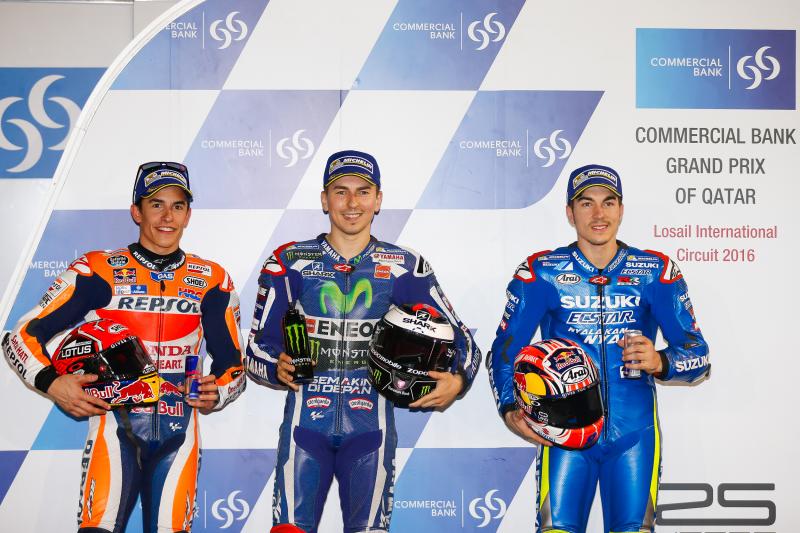 Q2 was a great unknown for the riders with the new Michelin tyres, most riders feeling the new French rubber would take five or six laps before they were in an ideal operating condition. But come Q2, riders were able to immediately push and set some of their best times of the weekend during their opening assault.

All riders opted for a two run strategy, most coming in with just over five minutes of the session remaining. It proved tense till the end as a multitude of riders were setting red sectors until the flag came out.

For the 36th time in his premier class career, Jorge Lorenzo (Movistar Yamaha MotoGP) will line up in pole position. The Majorcan set a 1’54.543 on his second lap to secure the first pole of 2016. He had been pushing for a fast time during his second run but a moment forced him to sit up, ending his chances of improving. Lorenzo now heads into the race looking for his first podium finish in Qatar since 2013. His title defence has gotten off to a perfect start, but the triple MotoGP™ World Champion now needs to convert his pole to a strong race result as he has a gaggle of riders right behind.

After Thursday few would have expected Marc Marquez (Repsol Honda Team) to start on the front row, yet alone challenge for pole position. Due to the hard work of his team and Marquez’s undeniable ability to push any motorcycle to its limit, the Spaniard set a 1’54.634s to line up second on the grid. Unsure of whether he had beaten the chequered flag or not, Marquez continued to push and claims to have produced a 1’54.2, a time that would have seen him on pole if he had beaten the flag. 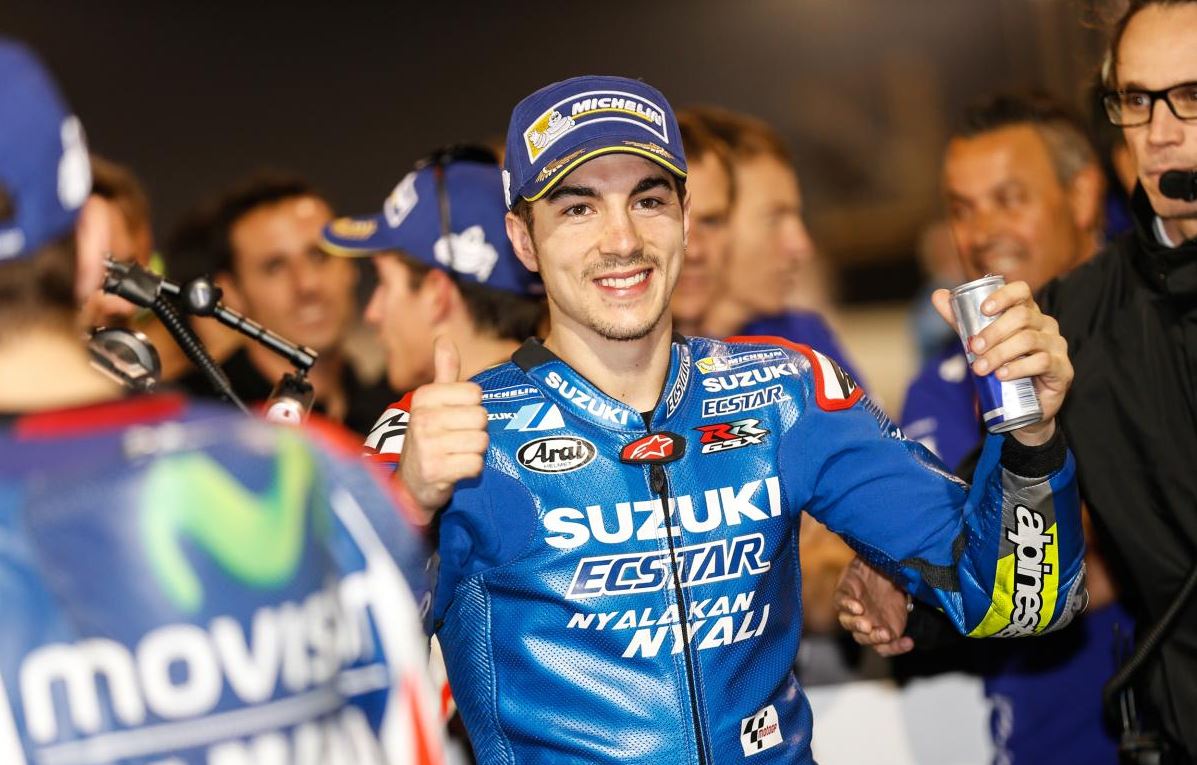 Completing an all Spanish front row was Maverick Viñales (Team Suzuki Ecstar) who managed a 1’54.693 on his final lap of the session, 0.004s back on second. This is Viñales’ second front row start in the premier class, his second place start at the Catalan GP in 2015 producing a sixth place finish. Under a tenth of a second split the front row, one of the tightest Qualifying sessions in recent years.

Andrea Iannone (Ducati Team) had been on track for a front row start until Viñales bumped him back. Known for his aggressive style, a second row start will likely not hinder Iannone come Sunday as both he and Lorenzo have been able to make the new Michelin tyres work within just a few laps.

Fresh off announcing a new two-year contract with Yamaha, Valentino Rossi (Movistar Yamaha MotoGP) completed the top five. He, Viñales and Iannone were some of the last riders to set their fastest times, Rossi losing out in the final sector.

Cal Crutchlow (LCR Honda), Bradley Smith (Monster Yamaha Tech 3) and Scott Redding (Octo Pramac Yakhnich) completed the top 12, and formed an entirely British fourth row. All of the top 12 were within 0.965s, the new tyres and electronics producing a stunning show for all the fans both at the track and watching the action.

Interestingly, Marquez had the best sector times in both T1 and T2 with Lorenzo fastest in only T3. 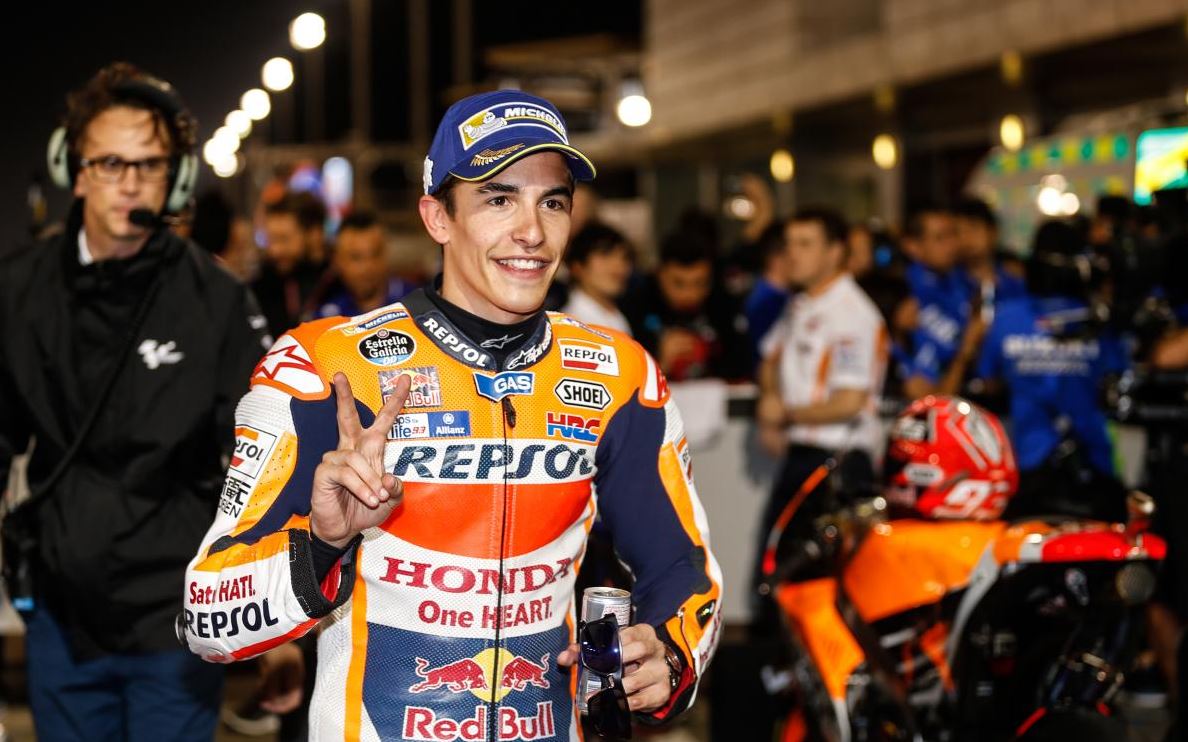 With a top speed of 349.7km/h, Andrea Iannone proved that the Ducati is still a force to be reckoned with on the straights. His teammate, Andrea Dovizioso, was the second fastest rider down the kilometre long straight, hitting 344 km/h, Lorenzo the 10th fastest rider in a straight line during the Q2 session. Top end speed could play a defining role in the race with the finish line being a substantial distance from the final corner.

There was an unfortunate fall during Q1 for Aleix Espargaro (Team Suzuki Ecstar) as he slid off at Turn 1, sprinting back to the pits for his second bike. He was able to head back out with four minutes of Q1 remaining. Alvaro Bautista (Aprilia Racing Team Gresini) suffered a late fall during the session at Turn 14. Both were unhurt. There were not crashes during Q2. 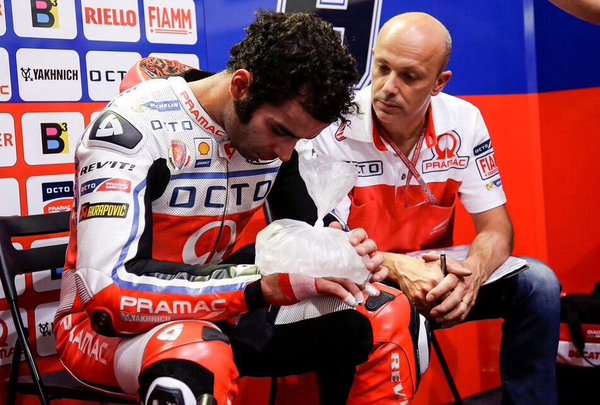 Danilo Petrucci (Octo Pramac Yakhnich) will not race on Sunday following complications with his right hand injury and will not be replaced. 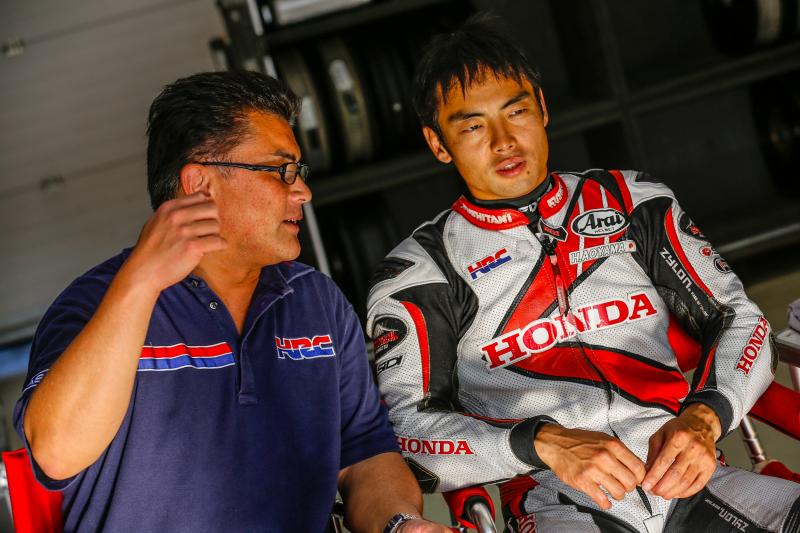