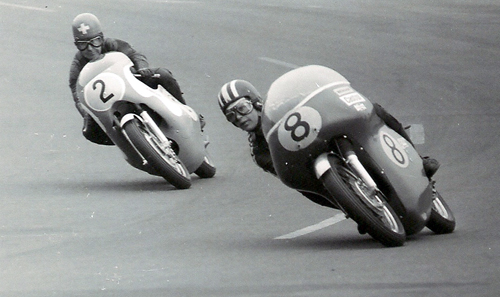 Gyula Marsovszky (January 3, 1936 – December 17, 2004) was a Swiss Grand Prix motorcycle road racer of Hungarian descent. His best years were the 1968 500cc world championship season, when he rode a Matchless motorcycle to third place behind Giacomo Agostini and Jack Findlay, then in 1969 when he finished second to Agostini, this time riding a Linto. In 1971, he won his first and only Grand Prix race when he triumphed at the 250cc Nations Grand Prix held at Monza.