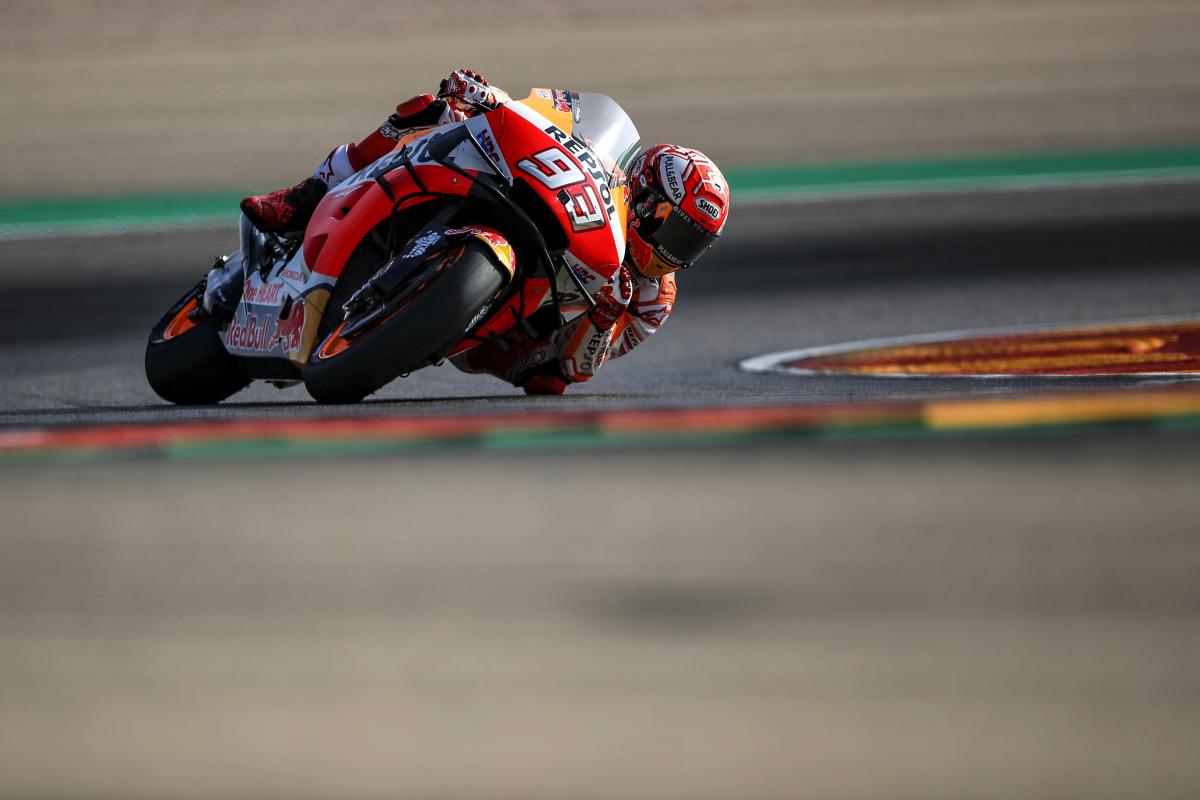 Despite a desperate fast last Lap from Fabio Quartararo, no one could dislodge Marc Marquez from Pole this Weekend... Fabio Quartararo and Maverick Viñales were in the hunt but Marquez stays on  pole.  Championship leader takes home GP pole position ahead of the rookie and Spaniard at MotorLand Aragon

The previously forecasted rain was nowhere to be seen as the premier class riders glistened in the Spanish sun for qualifying, and it was Q1 graduate Franco Morbidelli (Petronas Yamaha SRT) who set the initial benchmark time of a 1:48.495. It wouldn’t take long for that to be beaten though as Pramac Racing’s Jack Miller shaved 0.3 off Morbidelli’s time. Marquez’ first lap would be 0.1 shy of the Australian’s effort, while Viñales went provisional pole by 0.034. 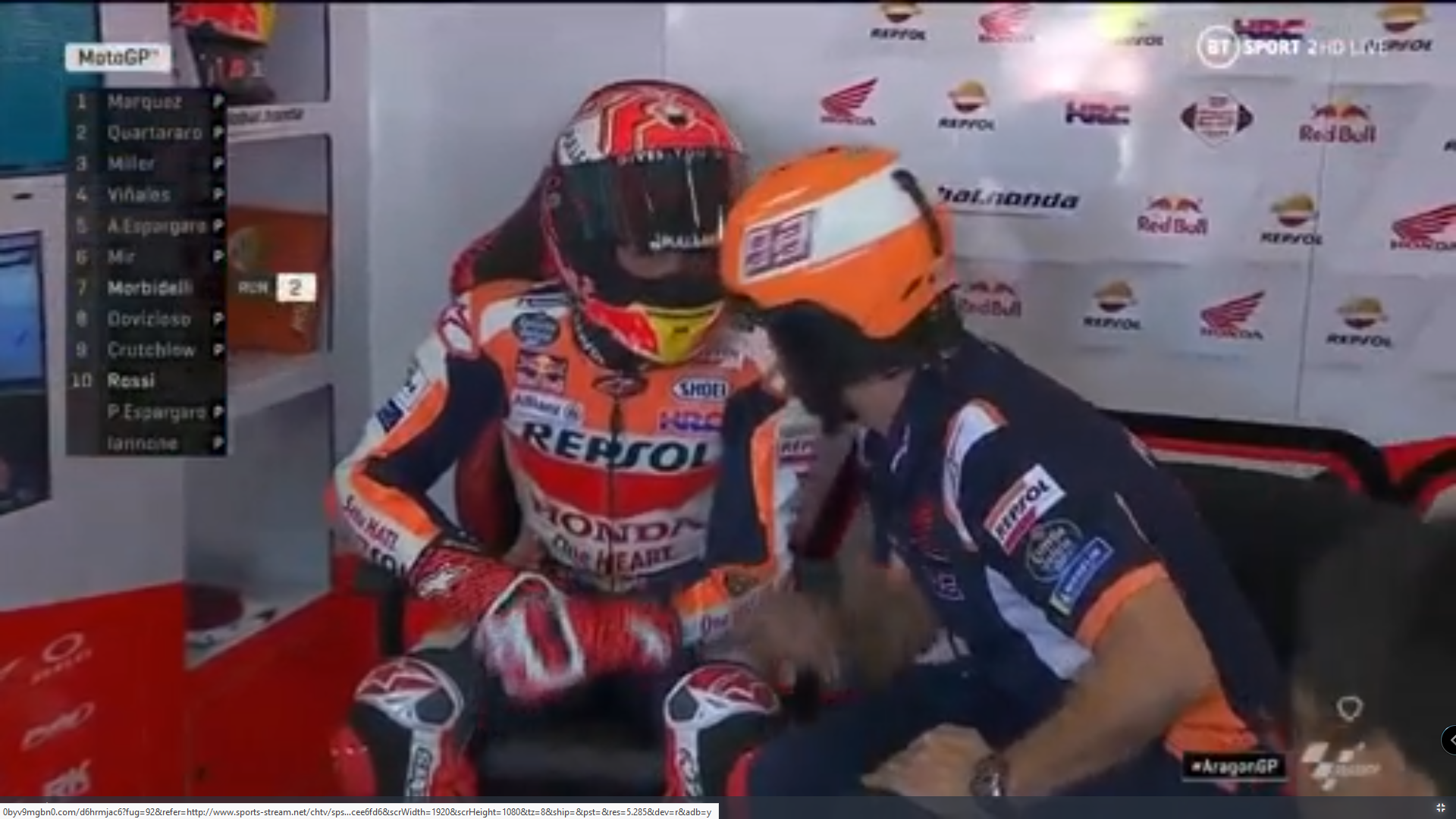 However, Marquez’ second lap was a blinder. 0.6 under Viñales’ lap after the third split, the Repsol Honda rider was about to go P1. Quartararo, just a few metres up the road from Marquez, took over at the top but Marquez immediately demoted the Frenchman down to P2 with a 1:47.050. Meanwhile, Aprilia Racing Team Gresini’s Aleix Espargaro had set a lap time good enough for P5 at the end of the first runs, with the Spaniard being joined by teammate Andrea Iannone in Q2 as Aprilia had two of their bikes in the second part of qualifying for the first time.

GP pole position went to Marquez. Nonetheless, Quartararo’s time was enough to put him P2 ahead of Yamaha counterpart Viñales. Is it Marquez vs Yamaha once more on Sunday?

Miller did sit on a provisional front row before Quartararo’s last lap, the Aussie by far the leading Ducati rider on Saturday – as he was on Friday – at MotorLand Aragon. Espargaro’s 1:47.733 initially placed him on the front row, before Miller and Quartararo manoeuvred the Spaniard down to P5. A middle of the front row start is his and Aprilia’s best Q2 result of the season though, with Rossi’s second-run lap good enough to see him place sixth ahead of Sunday’s race. 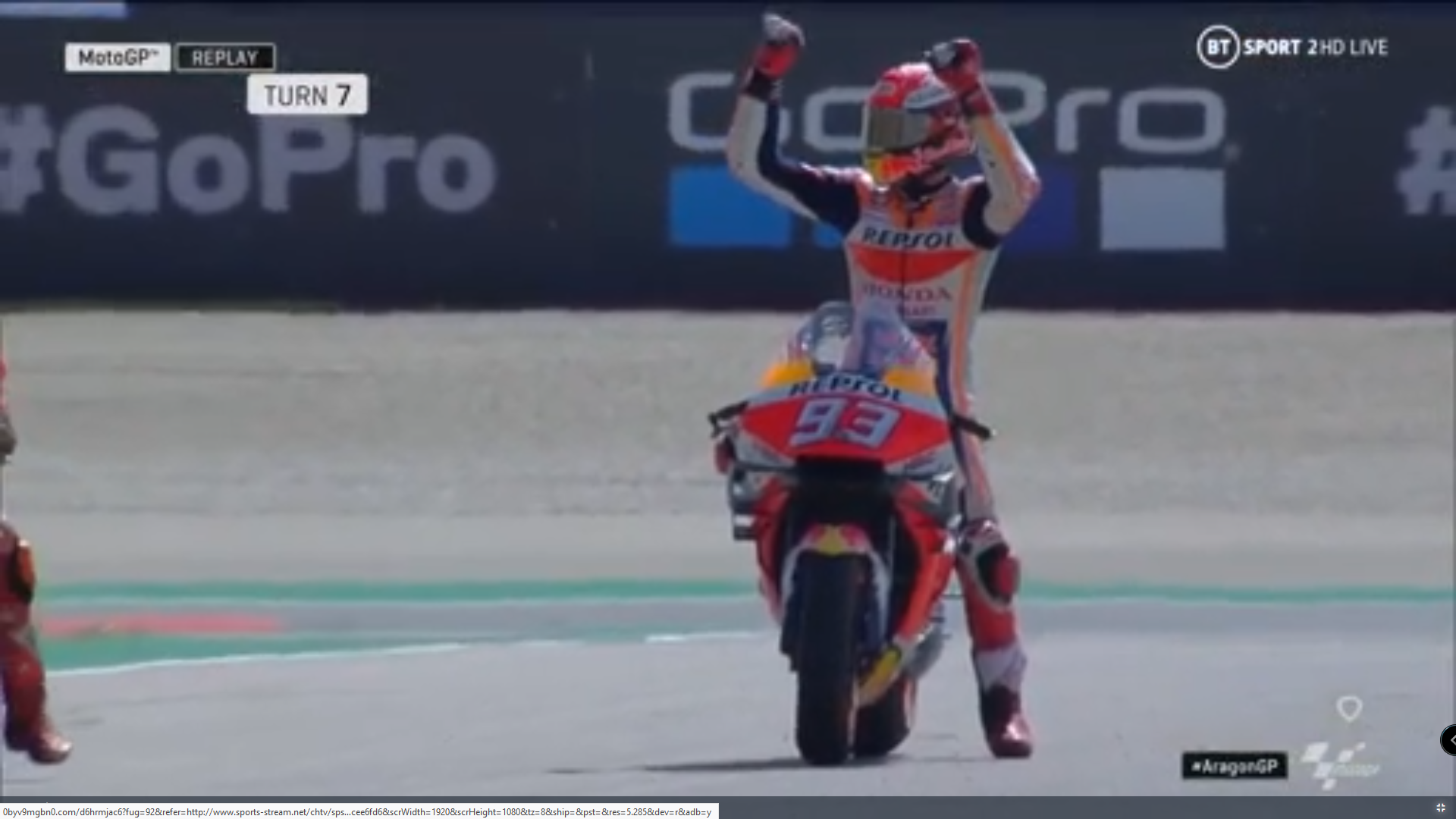 Unable to progress through Q1, Alex Rins (Team Suzuki Ecstar) has a tough job on his hands if he’s to challenge for a podium on Sunday. A P13 will turn into a P12 because of Espargaro’s absence, what can the Suzuki man do from outside the top 10?

Marquez has marked his territory in northern Spain this weekend by claiming pole number nine of the season, but the Yamahas of Quartararo and Viñales are hot on his tail. Can the duo – or maybe a fast starting Miller – get the better of Marquez in the early stages? 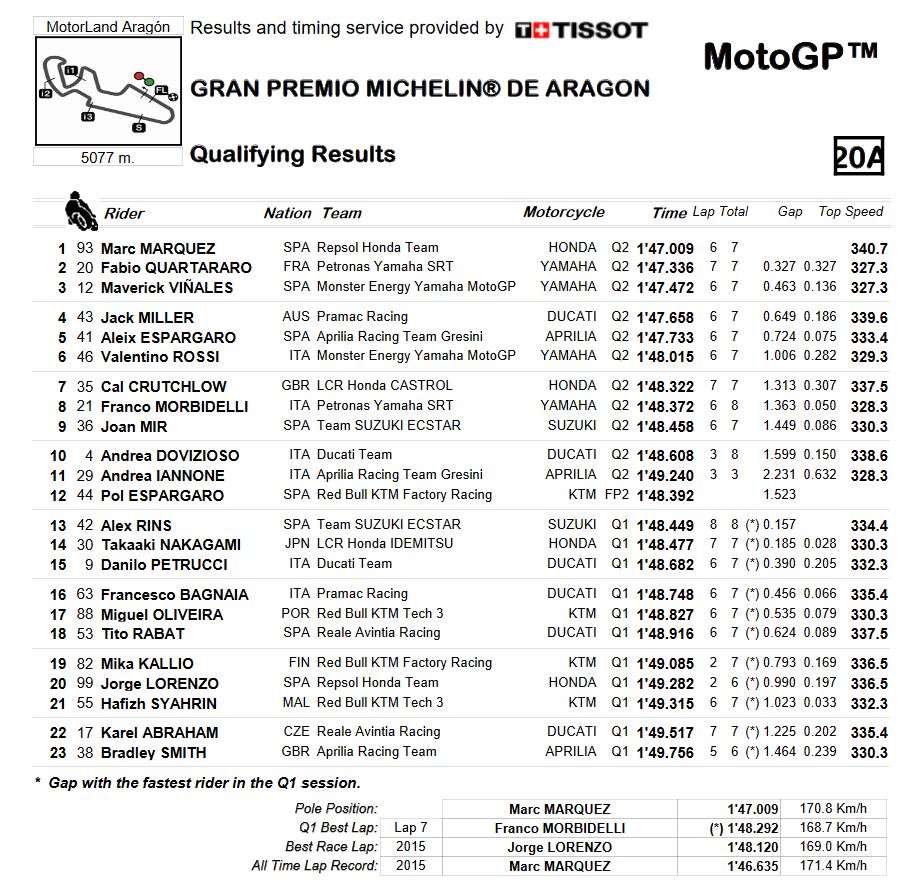 Morbidelli, Iannone progress to Q2, Rins out. Two Italians prevail in the first part of qualifying in Aragon