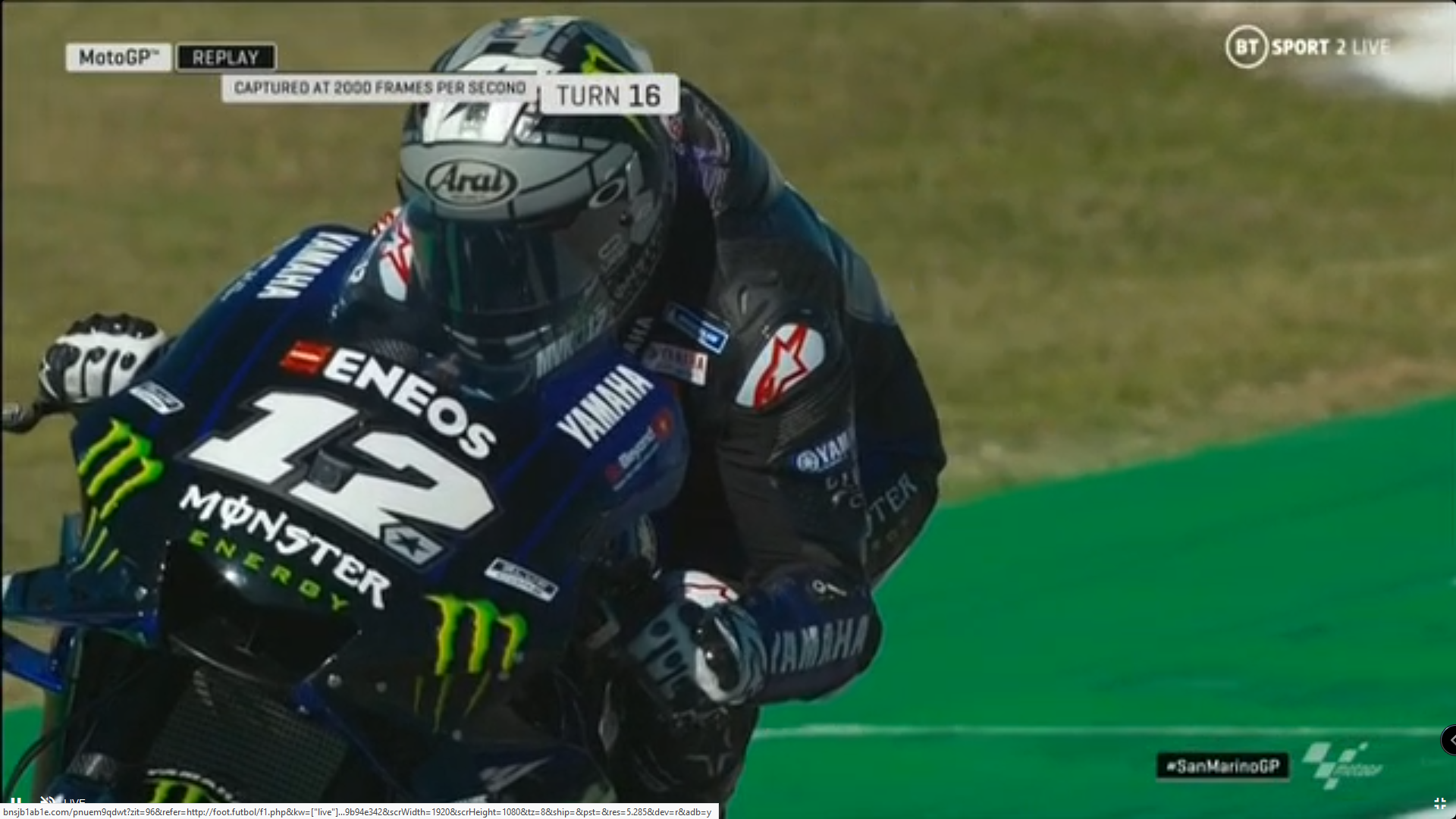 4 Yamahas in Top 5 divided by Marc Marquez P3... With four drivers in the top 5, Yamaha has a great first day of free practice in Misano. In FP2, the advantage went to Maverick Viñales.

The Spanish driver, in 1'32.775, is ahead of only 57 thousandths Fabio Quartararo. In terms of pure chrono, the two men are for the moment a tone above because the 3rd, Marc Marquez, is pointed at 396 thousandths. And he seems to have something more than the rest of the board, because 3 tenths separate him from the 4th place of Valentino Rossi. The top-5 is completed by Franco Morbidelli.

The pace increases to six minutes from the end of the session, several drivers put on a new soft tire in the back. Among them, Marc Márquez, who also opts for a medium in the front for the first time in these EL2. Valentino Rossi kicked off the improvements with a very good 1'33 "470 that put him in second place ahead of his team-mate Maverick Viñales, and the Spaniard took the lead in 1'32" 775 , with 182 thousandths ahead of Fabio Quartararo. The Yamaha occupy four of the top 5 positions 2'20 after the session, before Ducati Petrucci and Dovizioso come fifth and sixth.

Behind this Yamaha army in which a Honda rider has come to adhere, we find Pol Espargaro's KTM in 6th place. Then come the first two Ducati, those of the official team, with Danilo Petrucci (7th) ahead of Andrea Dovizioso (8th). Alex Rins (9th) improves and climbs into the top 10, but one second behind the leader. Pol Espargaró places his KTM in sixth place, ahead of Petrucci, Dovizioso, Rins, and Cal Crutchlow. Aleix Espargaró is 11th ahead of Johann Zarco and Takaaki Nakagami. Despite her 15th place in EL2, Michele Pirro remains in the top 10 of the combined rankings, and thus temporarily occupies a place in Q2. Jorge Lorenzo finished the 17th session despite some good times in the last minutes, two places in front of the ghost Joan Mir. 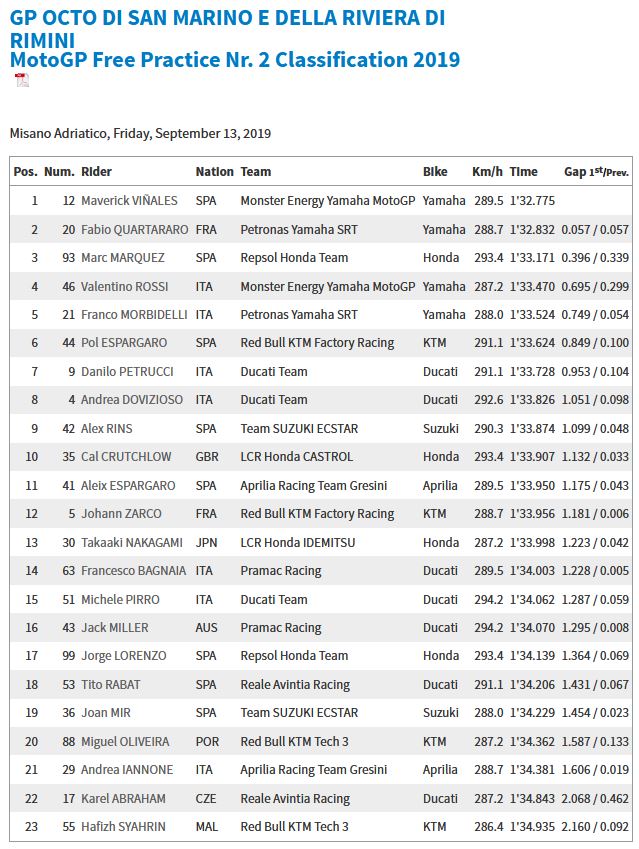