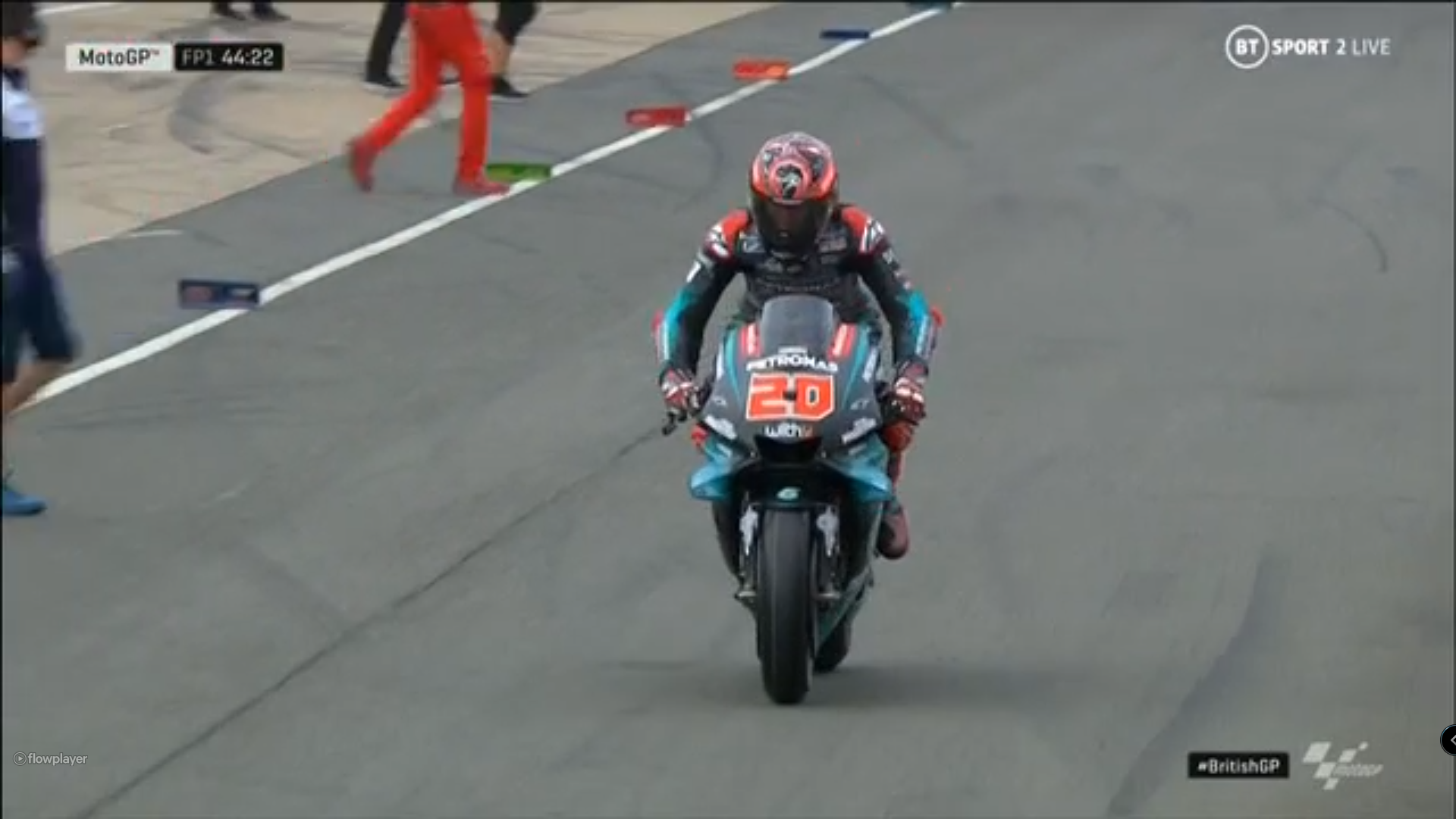 Quartararo sends warning sign to rivals on Friday morning. Rookie goes close to the outright lap record as he heads Marquez and Viñales in FP1 at Silverstone

Fabio Quartararo (Petronas Yamaha SRT) sent an early warning sign to his rivals after going tantalisingly close to the outright Silverstone lap record in FP1, the French rookie slammed in a 1:59.952 to head Championship leader Marc Marquez (Repsol Honda Team) by 0.586. Maverick Viñales (Monster Energy Yamaha MotoGP) was third quickest despite a crash at Stowe corner.The much-talked-about Silverstone surface got it’s first MotoGP test on Friday morning under sunny skies, and it was Marquez who was the early pacesetter. The number 93 sat top of the times with a 2:00.6 before Quartararo stuck in some fresh medium rubber. ‘El Diablo’ shot to P1 with a sub-2:00 to go 0.011 slower than Marquez’ lap record, can we expect that record to tumble this afternoon?

Viñales didn’t let the Turn 7 crash deter him, the Spaniard was on the pace throughout FP1 to eventually go 0.154 slower than second place Marquez as two Yamahas sit inside the top three. Alex Rins (Team Suzuki Ecstar) was over a second behind Quartararo, but the Suzuki man was able to take fourth ahead of fifth place Franco Morbidelli (Petronas Yamaha SRT).