German GP Qualifying: 8 in a Row 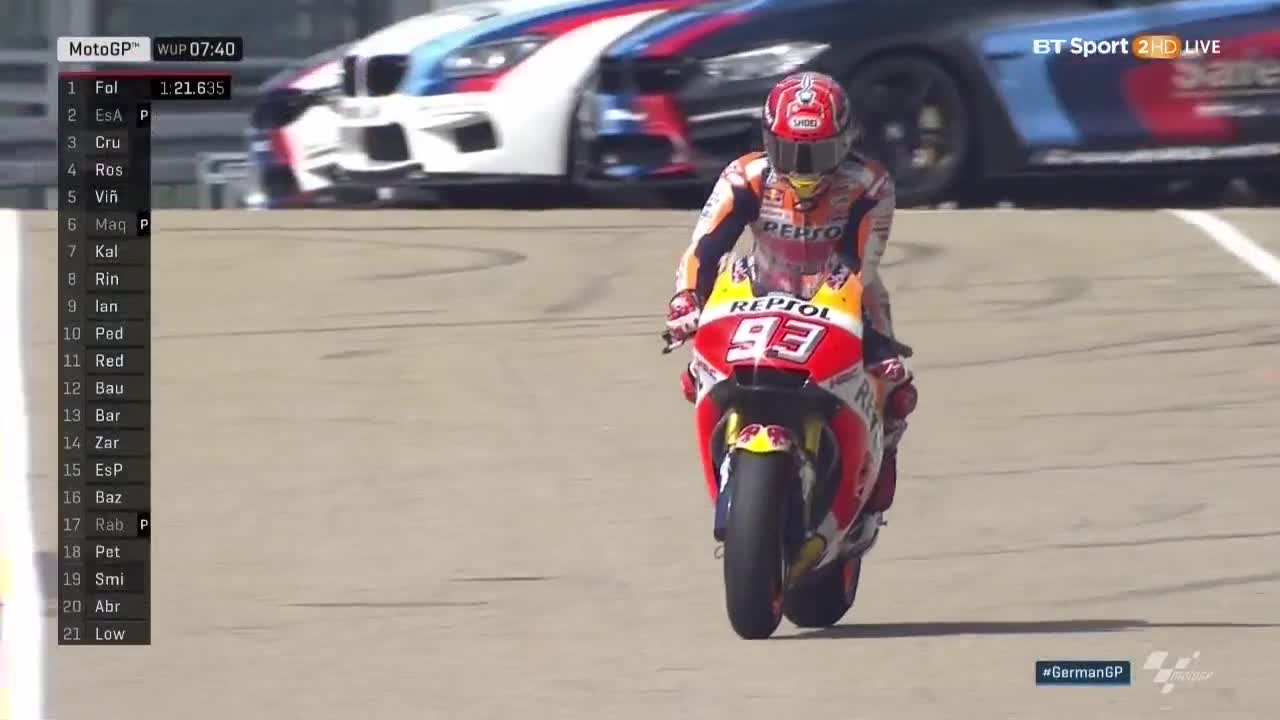 Petrucci and Pol Espargaro push through in Q1

Danilo Petrucci (Octo Pramac Racing) topped a torrential Q1 session at the German GP, with Red Bull KTM Factory racing rider Pol Espargaro shooting up the timesheets to follow him through to Q2 on an incredible last lap push. Jack Miller (EG 0,0 Marc VDS) was the man to just miss out, with another big name further down the timesheets: Johann Zarco (Monster Yamaha Tech 3), who will line up in P19 after a more difficult day including an FP3 crash.

Petrucci and Pol Espargaro will now fight it out for the top twelve in Q2 alongside the automatic graduates from combined practice times. 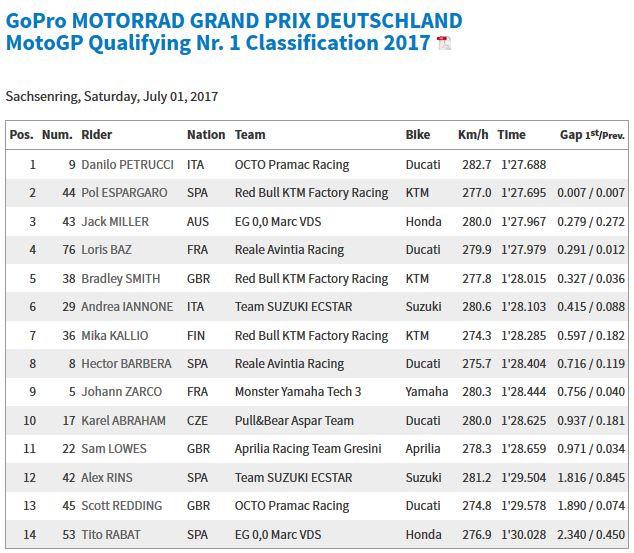 Reigning World Champion Marc Marquez (Repsol Honda Team) has taken his eighth consecutive pole position at the Sachsenring, but it was anything but easy for the number 93 as he dueled Q1 graduate Danilo Petrucci (Octo Pramac Racing) for the honour under the Saturday afternoon rain. Only a tenth and a half back despite the conditions, 'Petrux' will start second to split the Repsol Hondas - with Dani Pedrosa completing the front row after a weekend of impressive pace.

In a late rush for pole as the sun began to peek out, Cal Crutchlow (LCR Honda) was a key protagonist in the session and will start fourth, ahead of home hero and rookie Jonas Folger (Monster Yamaha Tech 3). Jorge Lorenzo (Ducati Team) completes the second row, putting in a solid performance as he gets to grips with the Desmosedici in the rain.

Championship leader Andrea Dovizioso (Ducati Team) was another of those to have a slightly more difficult session to take tenth, but starts ahead of key rival in the points standings Maverick Viñales (Movistar Yamaha MotoGP), who was eleventh fastest in the wet. Alvaro Bautista (Pull&Bear Aspar Team) completes the top twelve on the grid from Q2.

One big name further down the grid for the German GP is Johann Zarco (Monster Yamaha Tech 3) after a more difficult weekend for the French rookie superstar, with Zarco readying himself to line up in P19. 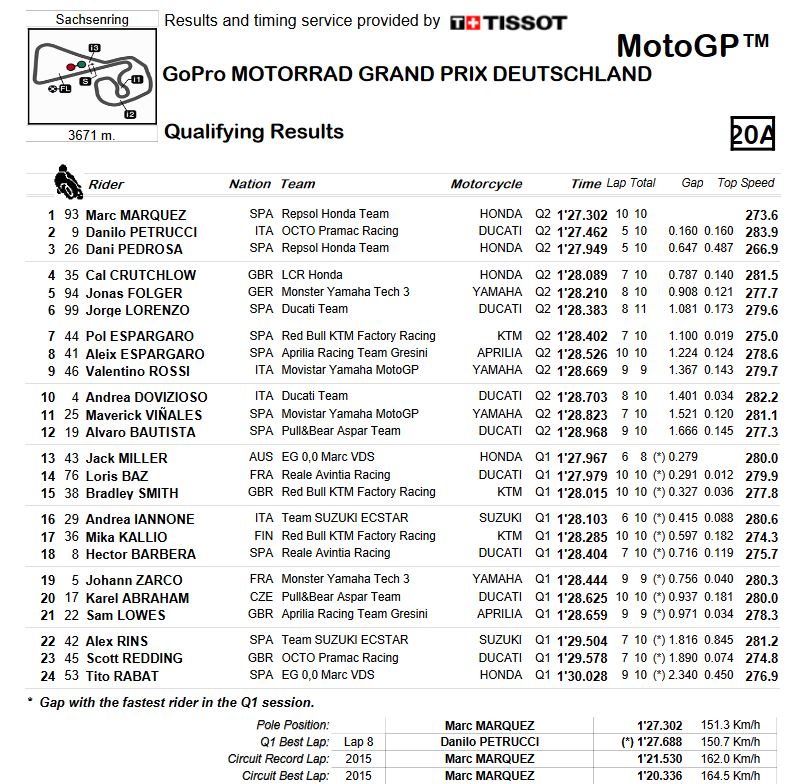