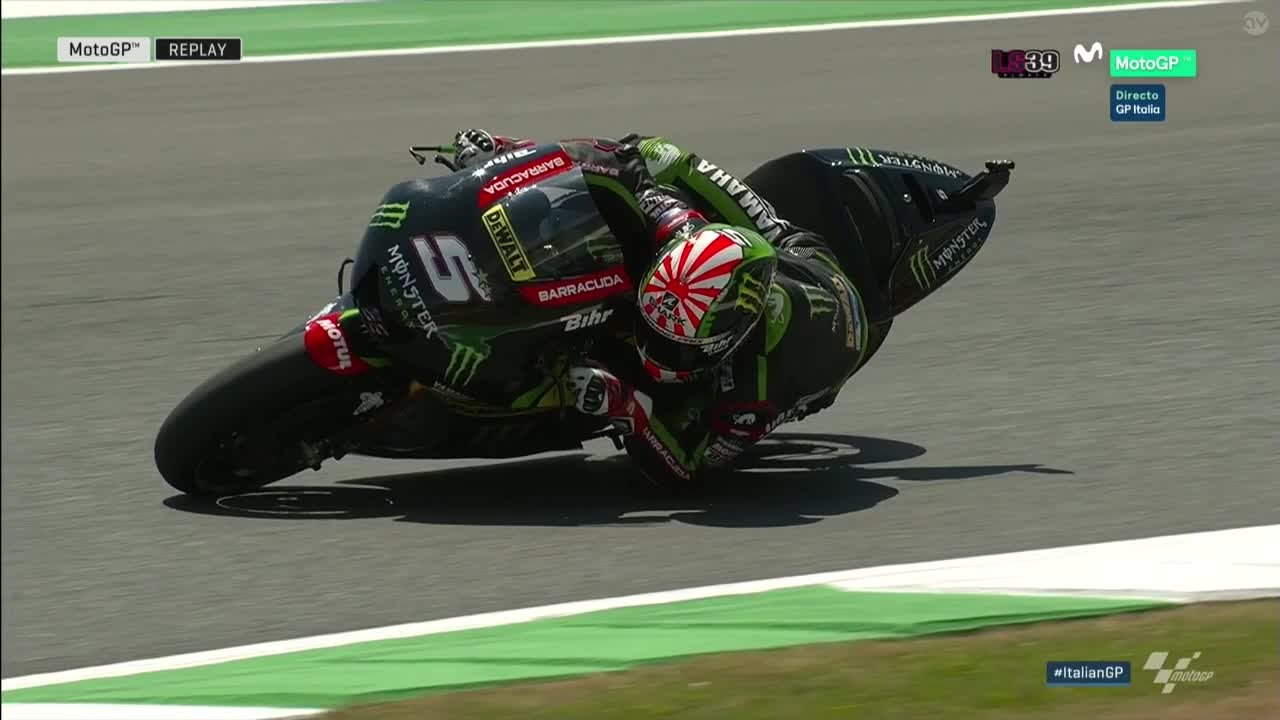 Zarco pulls a fast one in FP4

Rossi had a late, low drama crash at the end of the session, with Marquez also suffering two big moments, one of which saw the rider from Cervera running off into the gravel but keeping it upright.