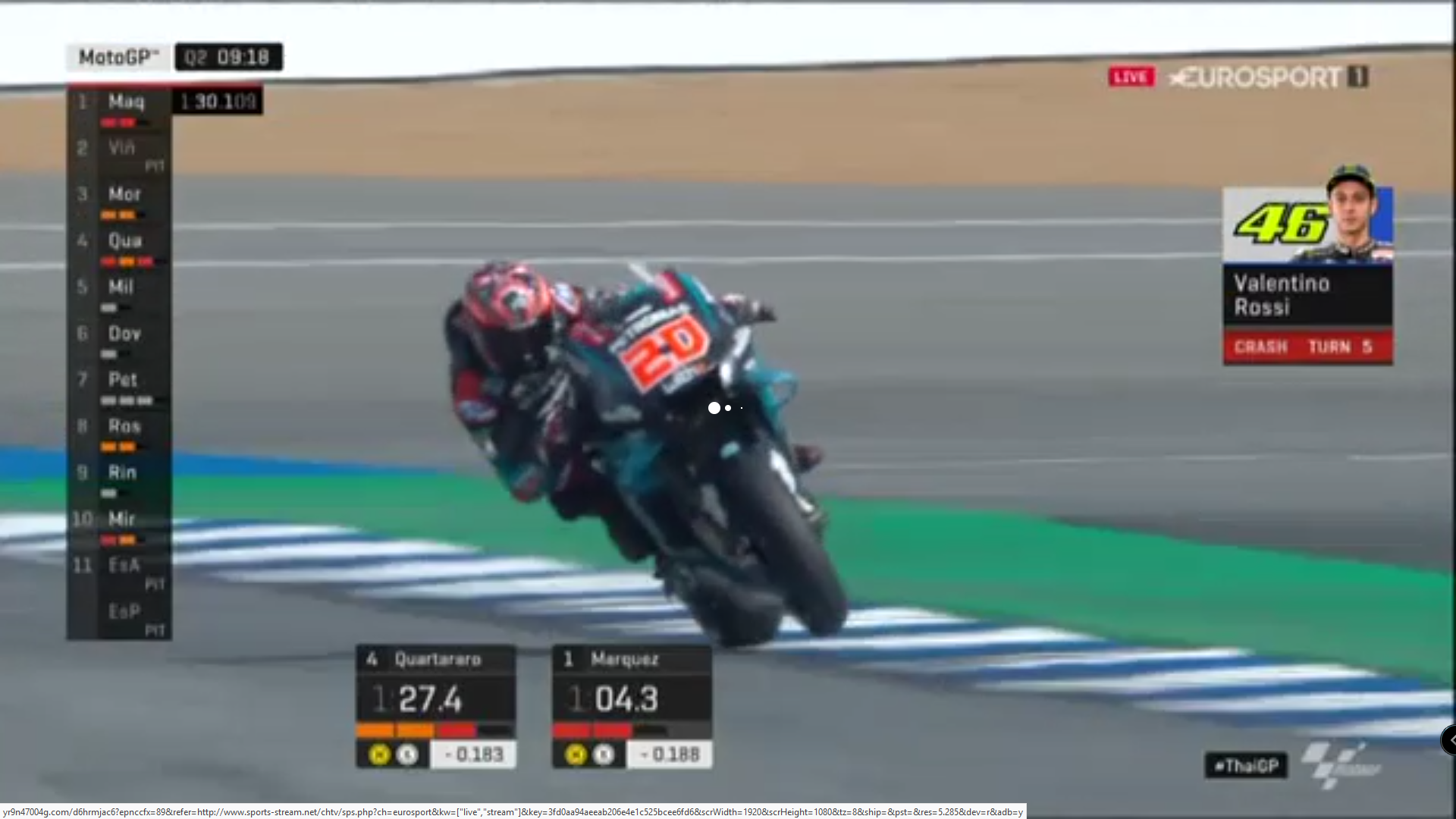 Fabio Quartararo took the 4th pole position of his career in Buriram. The tricolor dominated Marc Marquez and erases the previous record of the track.

The Q2 Grand Prix of Thailand offered a superb show, and a showdown between Marc Marquez and Fabio Quartararo. From their first run, both men dropped below the 1'30 mark, breaking the track record. Entering the pits to put new tires, they left to engage the ultimate battle.

Fabio Quartararo took a serious advantage by riding in 1'29.719, the fastest lap in the history of the circuit. Pushed to the limit, Marc Marquez tried to replicate and was ahead of the pole ... before falling! The Spaniard could not leave and ended his session on the ground, defeated by the Yamaha driver ... who also fell right after, in the same bend! But his best time was already achieved.

In the last moments, Maverick Viñales (2nd) came to join the fight, and managed to climb to the 2nd rank. The three men are above the lot: they stand in 2 tenths while the 4th, Franco Morbidelli, is 7 tenths. Three Yamaha are in the top-4; missing that of Valentino Rossi (9th), fallen early in the session.

Surprise on the second row: the best Ducati rider is neither Jack Miller (6th), nor Andrea Dovizioso (7th and relegated to the third row), but Danilo Petrucci (5th) yet gone through the repechage! The Reds are a little behind this weekend, but as in Aragon, they could finally surprise in the race. Still uncomfortable in qualifying, Alex Rins (10th) was beaten by teammate Joan Mir (8th) and will have to fight to go back on Sunday.

The Mugello race winner leads the returning KTM star into Q2, having both got the better of a late-charging Cal Crutchlow

A critical Q1 for the MotoGP™ session saw Mugello race winner Danilo Petrucci (Ducati Team) and Pol Espargaro (Red Bull KTM Factory Racing) head for Q2. Cal Crutchlow (LCR Honda Castrol) was briefly in the top two and looked on course to squeeze in, but a moment into the last corner ended his hopes. All six manufacturers will be represented in Q2, as Pol Espargaro flies the KTM flag. 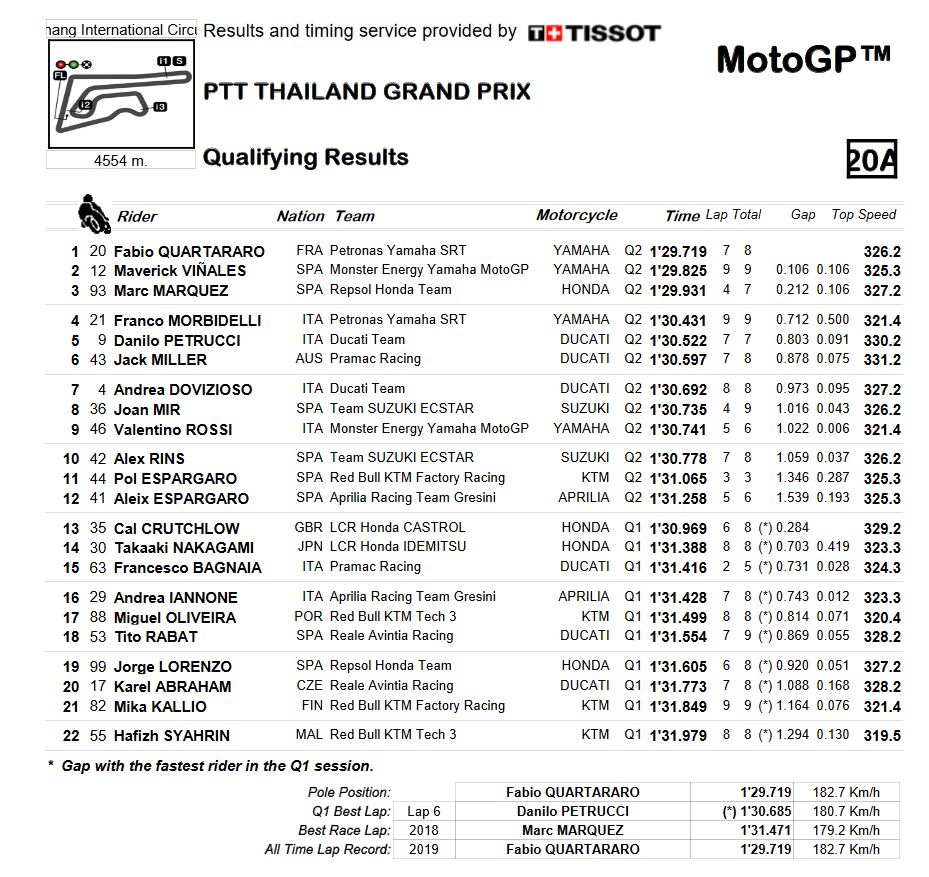