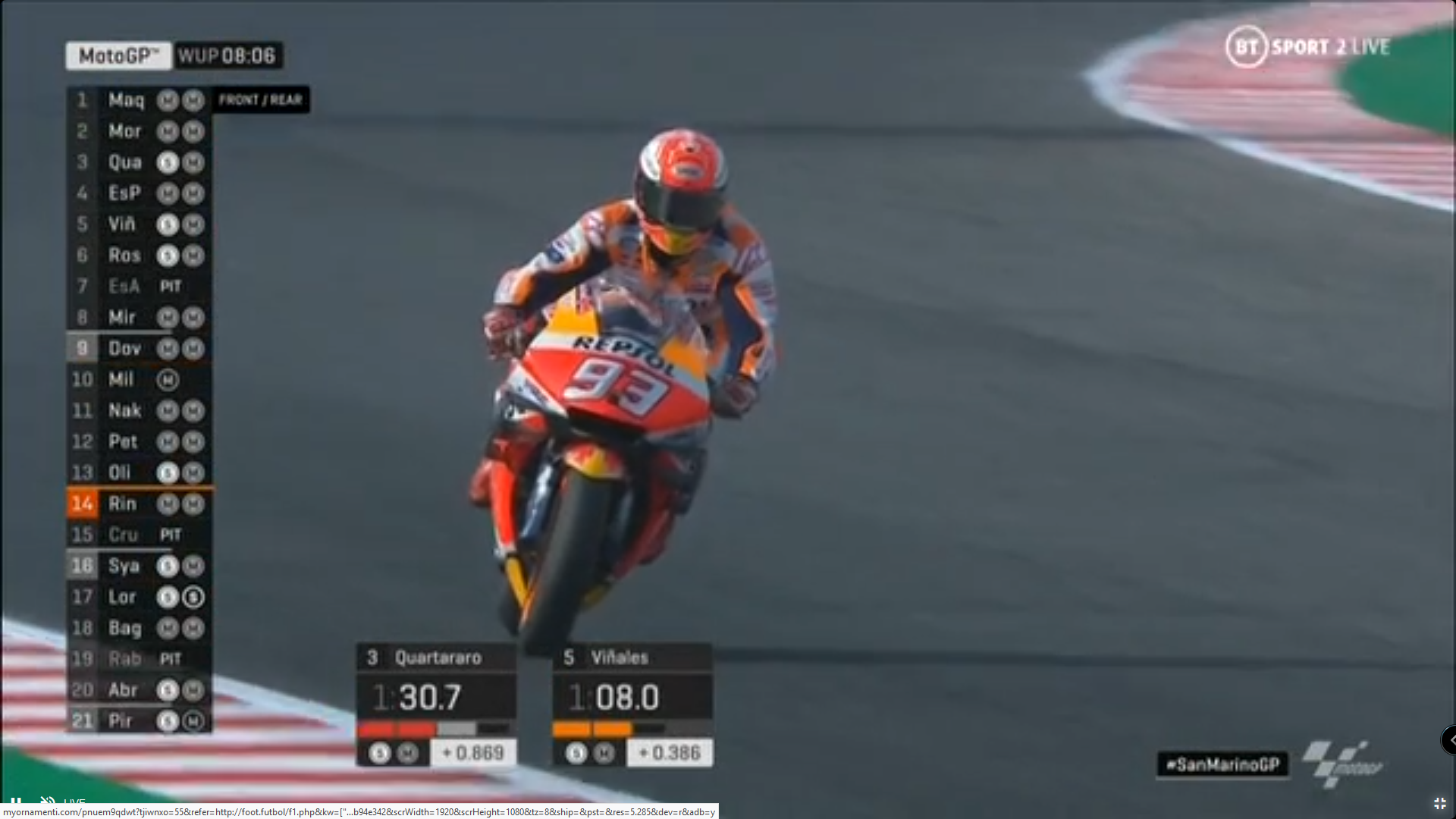 Marc Marquez gets the top of warmup leading Maverick Viñales and a surprising Andrea Dovizioso. Yamaha looks pale in this warmup but the real thing is the race...

The World Championship leader ended just over a tenth of a second clear of today’s poleman, Monster Energy Yamaha MotoGP’s Maverick Viñales, and a quarter of a second ahead of Ducati Team’s Andrea Dovizioso.

Red Bull KTM Factory Racing enjoyed a sensational Saturday thanks to Pol Espargaro clinching their best ever qualifying result but Sunday didn’t start as they would have hoped. Espargaro stayed clear of trouble in seventh but teammate Johann Zarco crashed out early in the session at Turn 1, before then gingerly limping away.

The Ecstar Suzuki duo of Alex Rins and Joan Mir closed out the session in eighth and ninth respectively, before Monster Energy Yamaha MotoGP’s Valentino Rossi completed the top ten as The Doctor looks to charge through from seventh on the grid at his home Grand Prix later this afternoon.