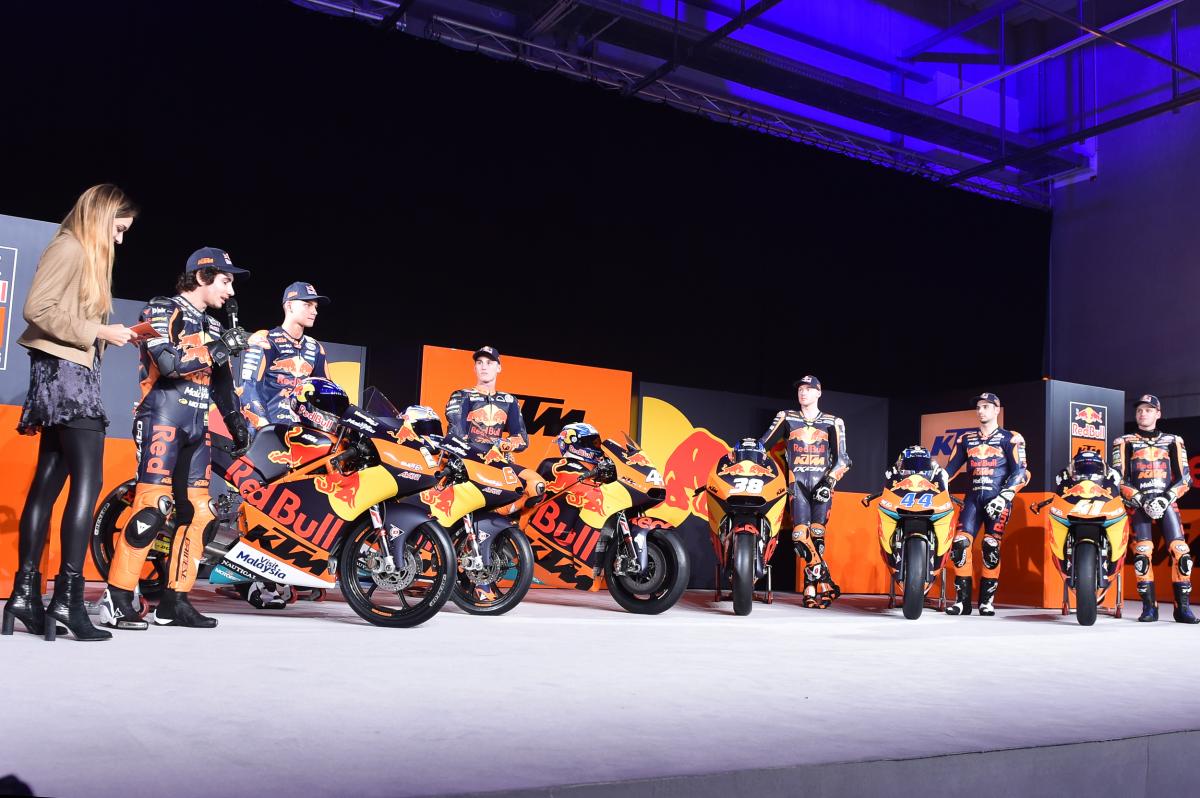 The covers have come off the bulls: the 2017 KTM RC16 has been revealed in its full glory in Austria, as Red Bull KTM Factory racing unveiled their MotoGP™ World Championship projects for the coming season. After debuting in the 2016 Valencian GP with Mika Kallio as a wildcard, the team are now fresh from the first tests of 2017 at Sepang and Phillip Island as they prepare to line up full time on the MotoGP™ grid.

Riders in the premier class Pol Espargaro and Bradley Smith were on hand to present their machines, with the new Moto2™ and Moto3™ projects also revealed during the launch. Espargaro was first to talk, before Smith gave his thoughts on the upcoming season – with Team Manager of the MotoGP™ project, Mike Leitner, later taking over the mic. 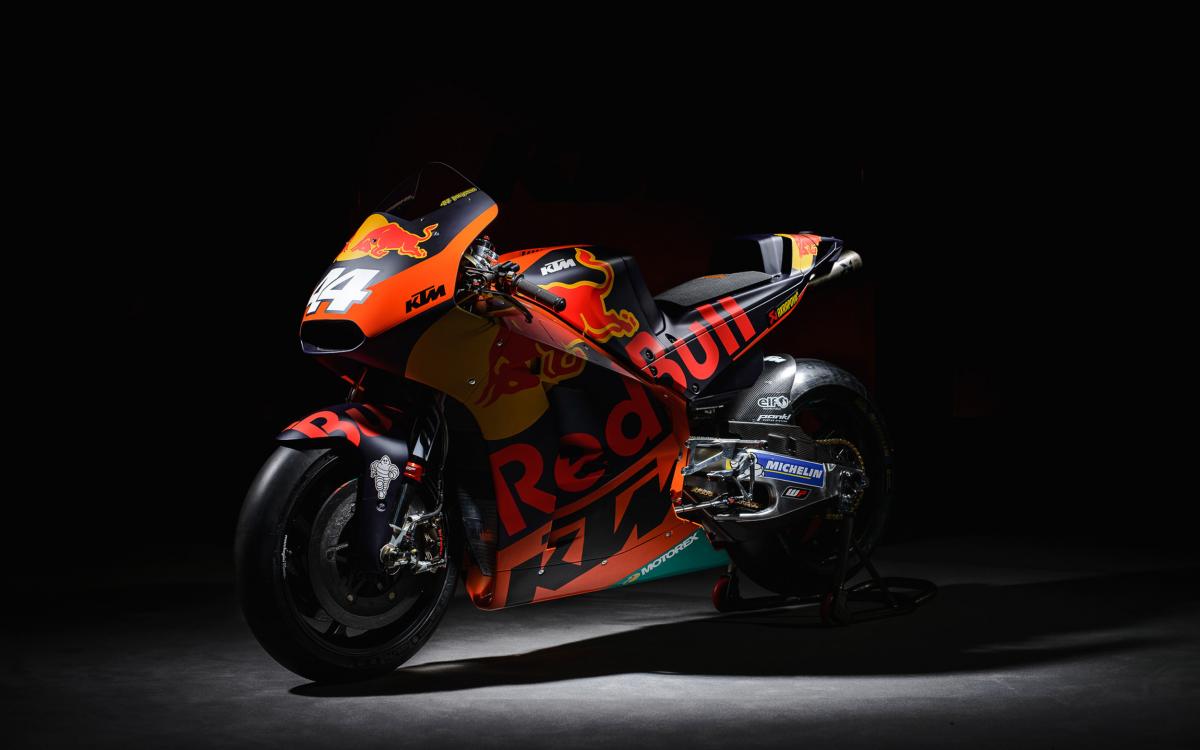 Pol Espargaro: “Right now the bull is a little bit wild, but it feels really good. KTM is really new to MotoGP compared to other brands and we’re making huge steps. Every time we jump on the bike we get closer and it’s beautiful to see the evolution. I want to thank KTM for trusting me, and for this project.”

Bradley Smith: “There’s a lot of pressure. It’s something that you’ve always wished for and worked for throughout your career but when you finally get that opportunity there’s the pressure that comes with it. But I embrace the opportunity that I have and both me and Pol – and the team – will be working extremely hard. We’ve been busy so far already in the winter tests and the work won’t stop. It’s just the beginning and I’m excited to see what 2017 brings.”

Mike Leitner: “First of all I want to see I’m super happy. The whole company has been working like crazy in the past year to get to this moment with the project. After the Valencia race we had some issues and the designers have all worked very hard. I think we went in the right direction. The most important thing is that we keep these guys motivated and can deliver what they feel in the laptime and what they need on track. That’s what everyone here is working for.”